Amidst all the rumors of the Google's upcoming Android Ice Cream Sandwich launch and the next Nexus phone, we haven't actually seen any leaked pictures of the phone purportedly made by Samsung -- until now that is. GSM Arena has published an image of the long-rumored Nexus Prime or Nexus Galaxy (as we've heard it may be called), and well, it certainly looks like the real deal. Sadly, we can't tell all that much from the photo, although, it does reveal that there are no hardware buttons; just three soft buttons line the bottom of the display.

Speaking of the display, the software pictured reveals that it will have a 1184 x 720-resolution screen. That 1184 pixel number does seem odd, but GSM Arena seems to believe that may just be the active area of the screen and discount the permanent status bars -- so it is likely we're looking at 1280 x720 resolution. (Similar, of course, to the Droid RAZR or Spyder we heard about last week.) We've heard those portions before, but new to the mix is that Samsung's actually been able to use a Super AMOLED panel. It is starting to mount up to one incredibly spec'd phone based on the rumors, but hopefully we'll be hearing the official details next week at Samsung / Google's CTIA event. 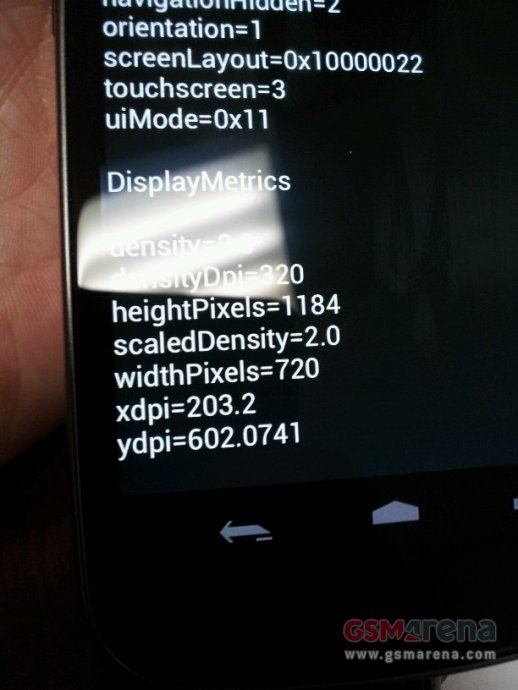