Boxee, the little HTPC maker that could, has updated its iPad app as well as added functionality to its home media streamer of the same name. Those who get the update on their Apple tablet now have access to an on-screen remote for videos sent to your Boxee-hooked TV, making the company's separate remote app a lot less useful. Boxee seems to have heard the cries of those with slow Wi-Fi, giving them the option to adjust the quality of the videos sent to their TV from their iPads for stutter-free viewing. Those videos will also pick up where they last stopped playing, provided they were being watched through the Boxee Media Manager. But it's not all about the iPad, as its Spotify app for premium users has been updated so that it can be used anywhere in the world, instead of only in countries where the music service had launched. Overall, this is a relatively minor update, but one that brings the Boxee Box into a more competitive stance against its living room rivals, especially those with similar features. 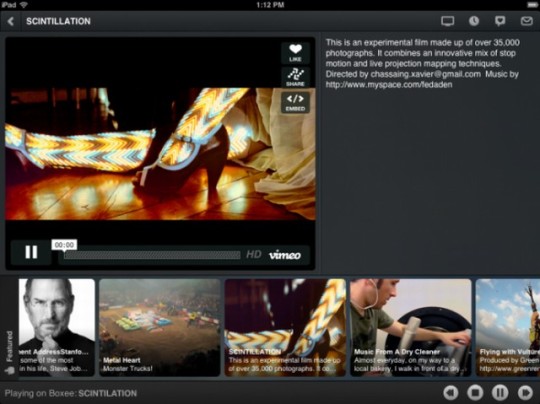