Easy and powerful photo editing, whether you know your way around a color curve or not

We expect only the basics from mobile apps, but Snapseed proves that it doesn’t take multi-level menus and toolbars to make a powerful image editor. The app’s secret lies in a series of simple, smart tools that intuit what you want them to do, rather than mimicking the common options of a standard editor. Once you pick a tool, there are only two choices, more or less, and it makes seeing the effect on your photo both charming and obvious, even if it is unclear what a tool named Atmosphere may do. Snapseed makes photos look exactly how you imagined them, whether you know your way around a color curve or not.

Free on iOS and Android 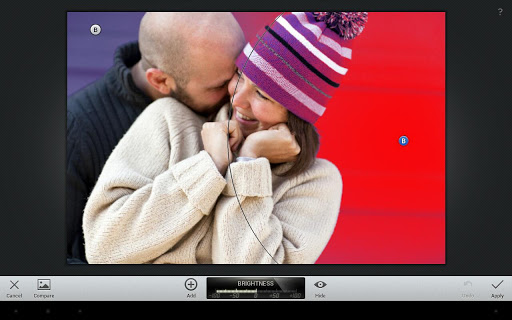