Google's quest to bring Google Now over to its desktop Chrome browser has been years in the making, but today it's finally official. The latest version of Chrome will display many Google Now cards you'd normally see on your Android or iOS smartphone, including weather, sports scores, event reminders, and a preview of your commute to and from work. Google notes that some of this data is based on the location of your mobile device, so it may not prove very useful if your computer and smartphone are in different places. Support for Google Now first appeared in a beta version of Chrome released last month, but the company has been working on the migration for months.

Google Now cards appear in Chrome's notification center, which appears either at the top or bottom of the screen depending on whether you're using Windows or OS X. The notification center can also be configured to displays alerts from Gmail, Google Drive, and Hangouts. Google says it's launching Google Now on the desktop "starting today and rolling out over the next few weeks." If you'd rather avoid the wait, the option can be enabled immediately by visiting chrome://flags in your browser and toggling Google Now notifications to "enabled." 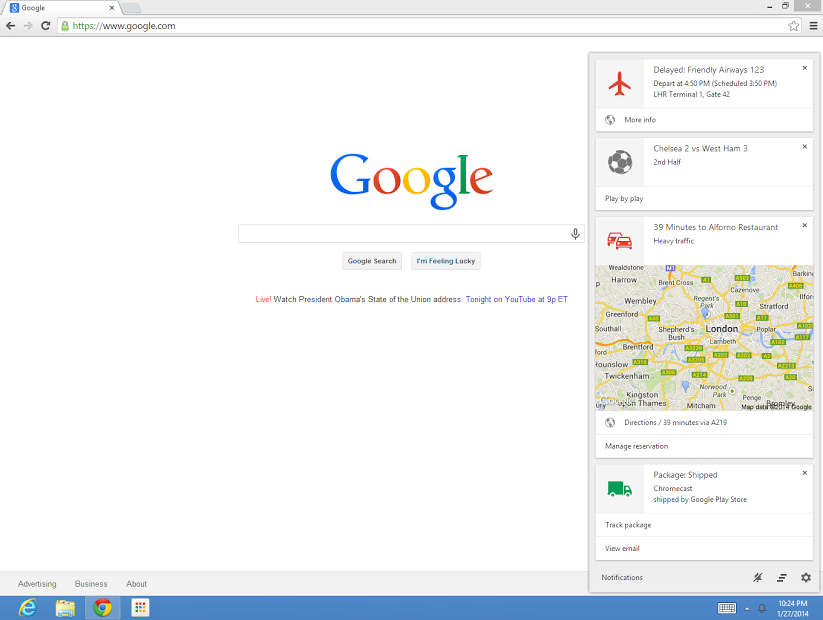