Pinterest is rolling out an expanded search engine on its mobile apps for iOS and Android designed to help you browse your interests more effectively than you can on a traditional search engine. "Guided search," as Pinterest is calling the feature, returns a list of Pinterest tiles for your searches that are popular among users. Search "hairstyles," for example, and you'll see a list of trending items with that tag across the network. You can also add additional keywords to every query to focus your search. From "chair" you could add "living room" and "accent" to see popular accent chairs. 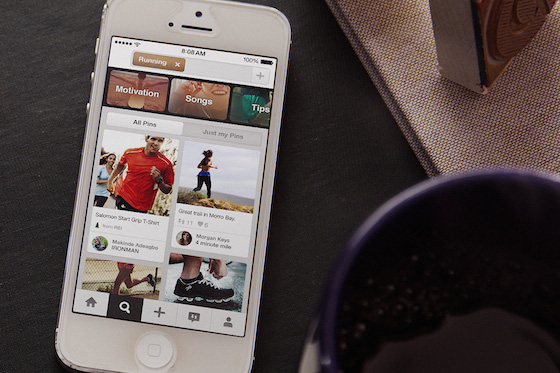 Guided search represents the most significant of three announcements Pinterest made tonight at its headquarters. The company also is adding the ability for users to add custom categories within the app to better focus on their interests. (Up until now users have only been able to choose among the 32 original categories that Pinterest launched with.) The company also released improvements to related pins, which now show relevant items underneath 90 percent of pins on the network.

As popular as they're likely to be with users, the new features are also sure to appeal to advertisers. Guided search and related pins offer advertisers the opportunity to target potential customers with a high level of precision. That's important for a company like Pinterest, which has only just begun exploring paid advertising in its products. The company has raised $562 million, and is valued at 3.8 billion. Pinterest said tonight that it currently hosts 750 million boards with 30 billion pins.