Share All sharing options for: Yahoo News Digest arrives on Android and launches an international edition

Four months after bringing its unconventional news app to iOS, Yahoo News Digest arrives on Android today along with international editions that bring a global perspective to currents. Yahoo News Digest for Android includes both the regular app, which provides twice-daily summaries of the day's top stories, along with a news widget you can place on your home screen. Previously available only in the US App Store, Yahoo is now making the digest available in English globally, adding a Canada edition and a more general international edition to the app.

News Digest differs sharply from other apps that notify you of current events by eschewing an endless stream in favor of a finite set of stories. Each day at 8 a.m. and 6 p.m., the app sends you a push notification inviting you to read your digest. Inside, you typically see eight to 12 stories that have been summarized by Yahoo algorithms and curated by editors who work for the company. It's based on Summly, which creator Nick D'Aloisio built and sold to Yahoo for $30 million when he was 17. 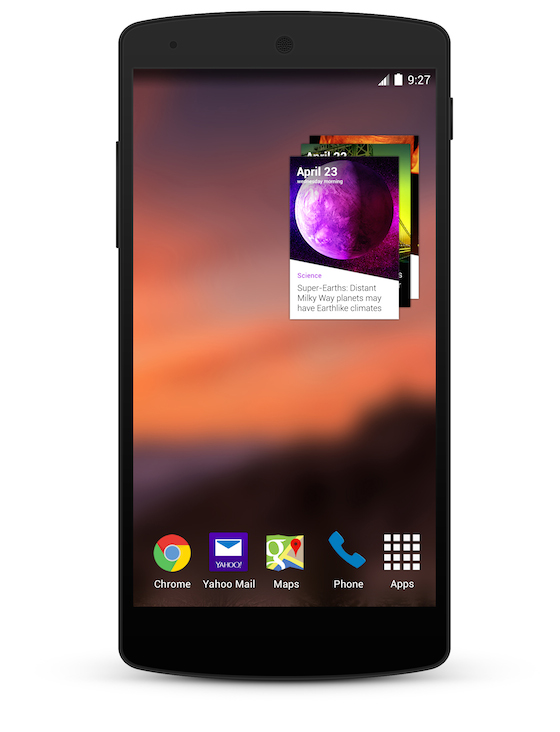 Yahoo won't say how many people have downloaded the app, but says 40 percent of everyone who downloaded it is still returning to it every day. The average person spends two and a half minutes inside the app every time, and Yahoo doesn't want them to spend any more time than that — the goal is to get in and get out quickly, says Maria Zhang, a senior director of engineering at the company. The updated app is scheduled to roll out this morning on iOS and Android.