RIM is rolling out another update to its Facebook app today for devices running BlackBerry OS 4.5 or higher that adds a few features heavy users of the social network will likely appreciate. Version 3.1 adds support for Facebook Groups — a rather large oversight until now — and once you update you should see the new Groups icon in the app. The pages should behave just like standard profile pages in the app: you'll be able to post comments, photos, and more to Groups, and you can opt to have notifications to ping you when other members post updates. Additionally, the update also lets users "Like" specific comments. We're not seeing the update quite yet in the BlackBerry App World, but RIM says it should be available in no more than 24 hours from now. 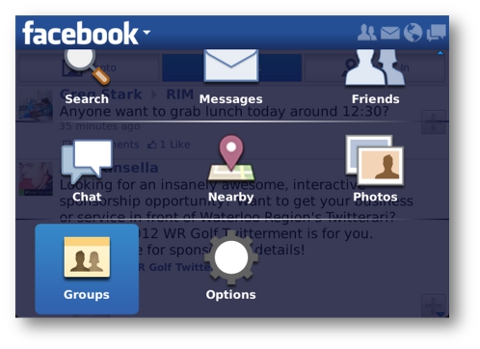