But the company's data plans are changing, too

Republic Wireless, the small mobile provider whose inexpensive approach to wireless pricing became a precursor to Google's Project Fi, is finally expanding its lineup of supported smartphones. Today the company announced that beginning in July, customers will be able to purchase the Samsung Galaxy S7, S7 Edge, Nexus 6P, Nexus 5X, Moto X Pure Edition, Galaxy S6, or Galaxy J3 for use on its network. The new phones can be purchased outright or paid for over time with financing plans resembling those you'd find from the big four carriers. Currently, the only devices that Republic Wireless sells are the Moto G and Moto E — not exactly flagship-caliber hardware.

Republic is also adding a new cellular network to the fold; previously, the "Wi-Fi first" carrier operated on Sprint's network. But alongside the new phones will come support for a nationwide GSM carrier. Republic Wireless technically isn't allowed to name that new partner, but is permitted to mention "magenta" and that it's "the nation's fastest 4G LTE." So, uh, it's T-Mobile. 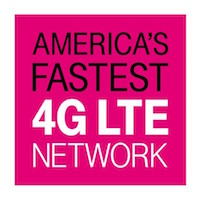 But again, Republic Wireless stresses that its customers lean on Wi-Fi for the vast majority of their voice calls and data usage. To that end, the company is also introducing "bonded calling," a technology that will turn to the cellular network for help maintaining consistent call quality in areas where Wi-Fi signal becomes weaker or inconsistent.

There's one more big change coming to Republic Wireless' business, and it revolves around customer data plans. Previously, the company let users choose an allotment of data and credited them on the next month's bill for any unused portion — the same approach that Google adopted with its own Project Fi MVNO. But now, those refund plans are going away. Instead, once the new phones launch, they'll only work on flat fee plans that are much more traditional than Republic's current pricing model. (Current customers and existing devices can stay on the old refund plans.)

The company isn't yet ready to announce its entire new plan lineup, but one of the plans will offer unlimited talk / text and 1GB of data for $20 per month. A similar plan on Fi would run you $30, and Republic claims the big four carriers have no real direct answer to such cheap monthly rates. Still, it does make it feel like everything has come full circle and that adding new devices to the portfolio has transformed Republic Wireless into a "regular" carrier.