Turning every conceivable surface into a touchscreen is a deeply held goal of the human race. We must not give up. We must not relent.

Lazertouch is a new, small-ish projector that just showed up on Indiegogo and promises to do exactly what we all crave so desperately: turn walls and tables and other things into touchscreens. To detect touches, Lazertouch puts out a laser that is parallel with the surface. The projector is portable, with a 13,600mAh battery inside. But, most importantly, it runs Android so you actually have a touchscreen-optimized OS (and Wi-Fi, Bluetooth, etc.) to work with. 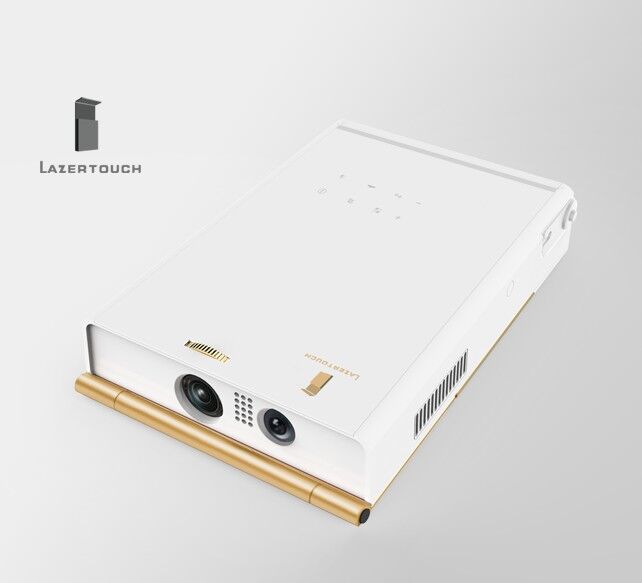 Shanghai Easi, the company behind Lazertouch, claims to have been working on this technology for five years, and to have been awarded seven "international" patents. The press release also mentions "support" for 4K video, but there's no mention of the actual resolution of the projected image.

The suggested retail price will be $650, but if you're willing to risk it all on an Indiegogo preorder, you can pay $475 to fulfill your prime directive.