It's super convenient to have USB ports integrated into your wall outlets — it makes charging your smartphone, tablet, fitness tracker, smartwatch, or whatever as easy as plugging it into the wall. Unfortunately, getting a USB port in your wall outlet usually involves some sort of wiring and replacement of your current wall outlets. The SnapPower charger doesn't, however; it just replaces the outlet cover and adds a USB port below the standard power outlets.

That means there's no wiring involved — in fact, the only tool you need is a basic flat-head screwdriver. Unscrew the existing outlet cover, pop on the SnapPower, tighten the screw, and you're done. (You should also turn off power to the outlet from your breaker box while you do this for safety precautions.) The whole process takes less than five minutes.

The SnapPower's trick is that it has prongs that extend to touch the metal screws or sides of the existing outlet and draw power from them. It can deliver 1A of power through the USB port, which is enough to charge a phone or wearable in a reasonable amount of time, but will take a long time to charge an iPad. (The company says that a 2.1A version is in the works, which is more suited to charging tablets and other large devices.) The USB port position below the standard outlets means it doesn't block them from being used by other appliances. 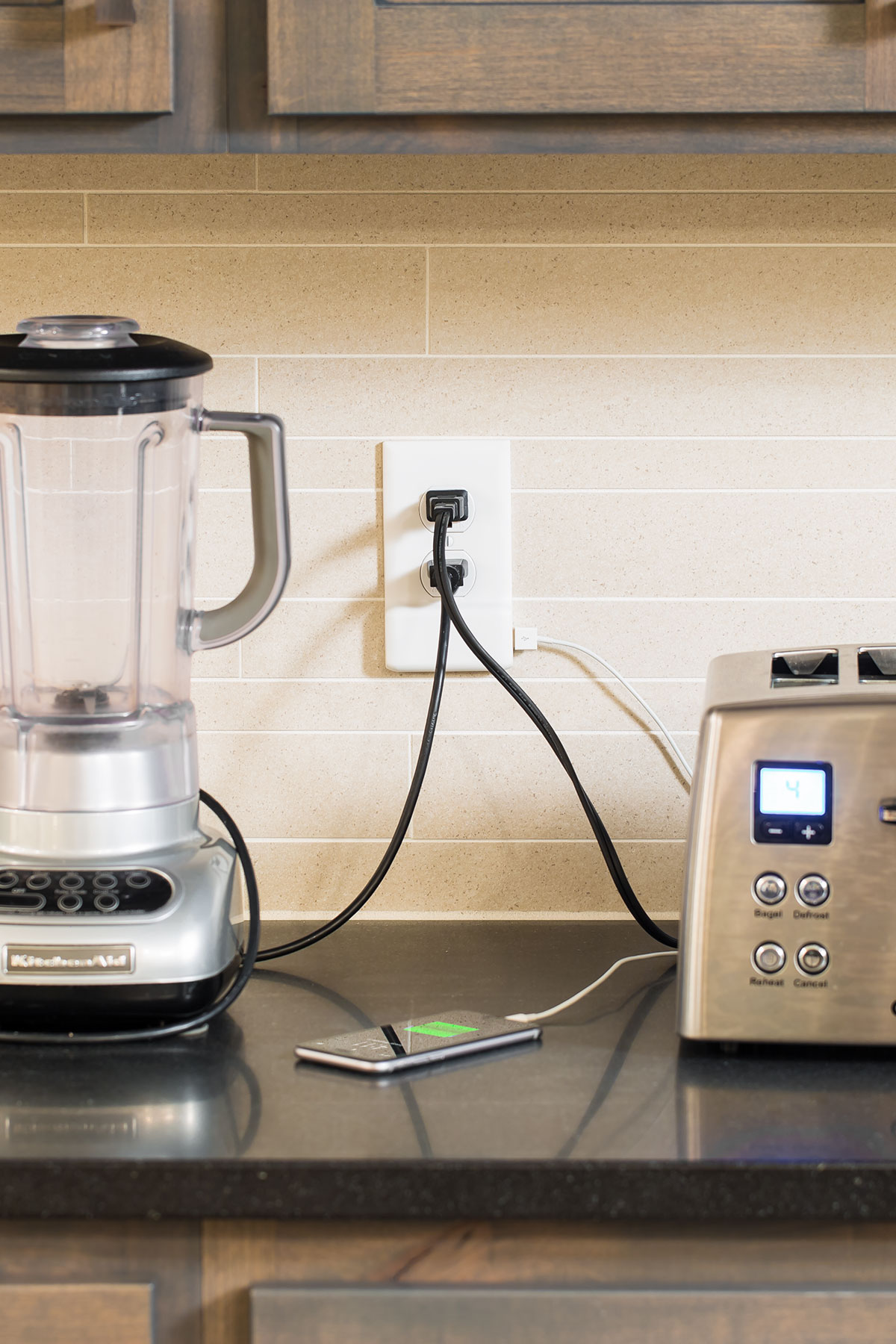 The SnapPower charger costs $19.99, which makes it a little pricey to put in every outlet in your home, but a couple units in strategic locations is likely all that most people need. (SnapPower also sells the charger in bulk packs at a discount if you want to cover a bunch of outlets with them.) In addition, the company has an outlet cover with integrated LED lights and light sensor, so you don't have to use an outlet for a nightlight. You can get the SnapPower for duplex or decor style outlets from the company's website now.