Nura headphones listen to your ears to optimize sound

Nura headphones listen to your ears to optimize sound

The human ear is tailored to capture the sounds that surround us. But a little known fact is that our ears also produce sounds of their own. These are called "otoacoustic emissions," and they happen when the specialized hairs on and inside the cochlea — called hair cells — vibrate either spontaneously or in response to auditory stimulation. Scientists have known about these emissions for a while and they use them to screen newborns for hearing problems. But now, an Australian startup called Nura claims to have created headphones that can pick up and analyze these emissions to optimize the listening experience. In short, the headphones work like self-regulated equalizers, customized specifically to a listener's ears.

The headphones detect which frequencies you hear well, and which ones you don't

I got a chance to try a prototype of the Nura headphones, which are launching on Kickstarter today, and the results were mixed. But let's take a step back for a second. At first blush, the Nura look like a pair of regular over-ear headphones. But they actually have a very original design. Inside the ear cups lie a pair of in-ear buds that serve a dual purpose. They're there to produce music and register the sounds that the listener's ears make using a microphone embedded inside. At the same time, the cups provide the bass-heavy sound that Beats headphones lovers look for. So, the net effect is a pair of headphones that's supposed to give the listener the right amount of "thump" without drowning out the vocals, said Luke Campbell, a physician and one of the co-founders of Nura, during a visit to The Verge's office last week.

"Our headphones place a very sensitive microphone in the ear canal, which reads those signals and analyzes them to work out which frequencies you heard well, and which frequencies you heard not so well," Campbell said. "After they've read you, the headphones know how to modify your sound, modify the music that's coming to them to match your ears." Campbell emphasized that these headphones aren't meant to help people with hearing loss, however. 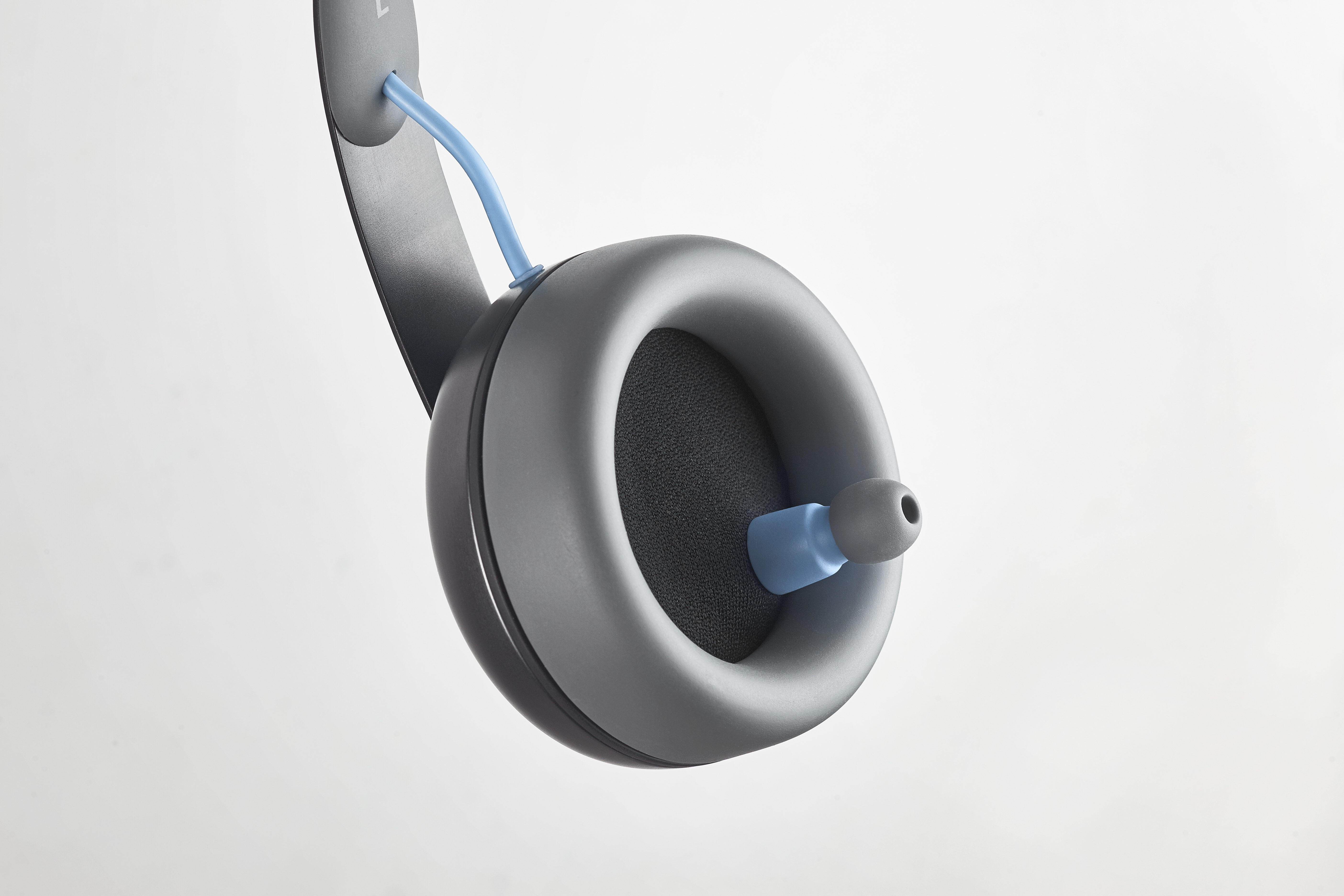 Depending on which design you pick through the Kickstarter, the Nura headphones connect to a listening device via a lightning connector or a USB connector — not a headphone jack. Nura chose this design because it avoids converting a digital signal to an analog signal, Campbell says. But the idea, which isn't new, has its downsides. If you choose these headphones, you'll need an adaptor to use them with a computer. In addition, you can't charge your phone when you're using them. To fix this issue, Campbell says that the final versions of the headphones will have a charging port at the bottom of one of the cups that will allow a listener to relay their charging cable to their phone. This seems neither practical or comfortable, but I wasn't able to try this feature because the prototype I tried didn't have such a port.

The headphones play tones to make your hair cells vibrate

What I did get to try is the setup process. Before using the headphones, I had to calibrate them using Nura's phone app. In my test, this process involved spending quite a bit of time adjusting the in-ear portion of the headphones so that they would be able to pick up the sound coming from my ear. Once that was done, the headphones played a series of tones to make my cochlea's hair cells vibrate and produce sounds. These were then picked up by the microphone and analyzed by the headphones.

The entire process took about a minute, but if this test had been done in a quieter room — one without a roaring ventilation system — it would have taken about 30 seconds, Campbell says. Once over, the app displayed my listening profile, which was stored inside the headphones. 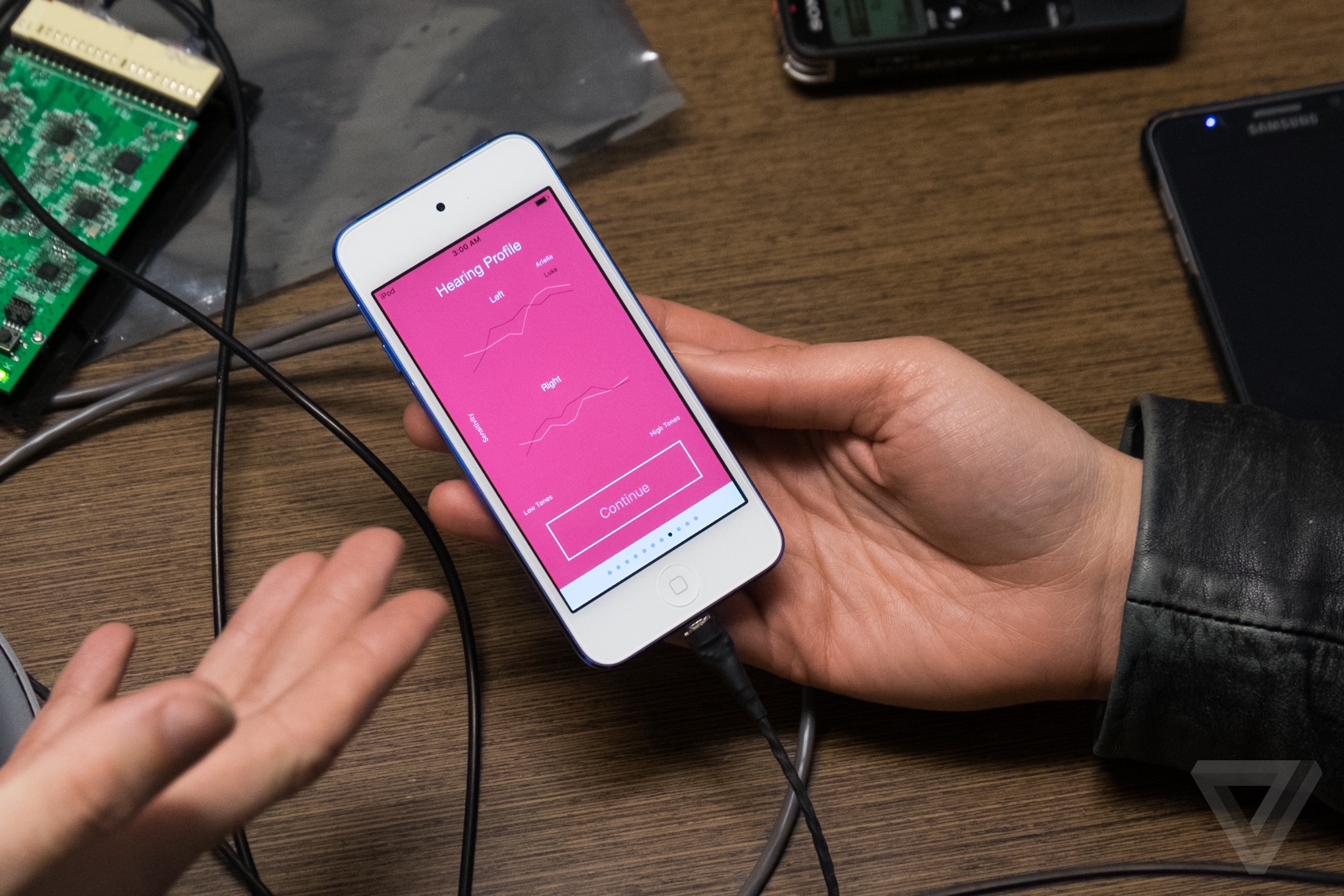 Once calibrated, I was able to listen to music while switching between Campbell's listening profile and mine. And there was a noted difference between the two: my profile came out sounding clear and bright, whereas Luke's profile made the music sound like it was being projected through an empty can of beans. 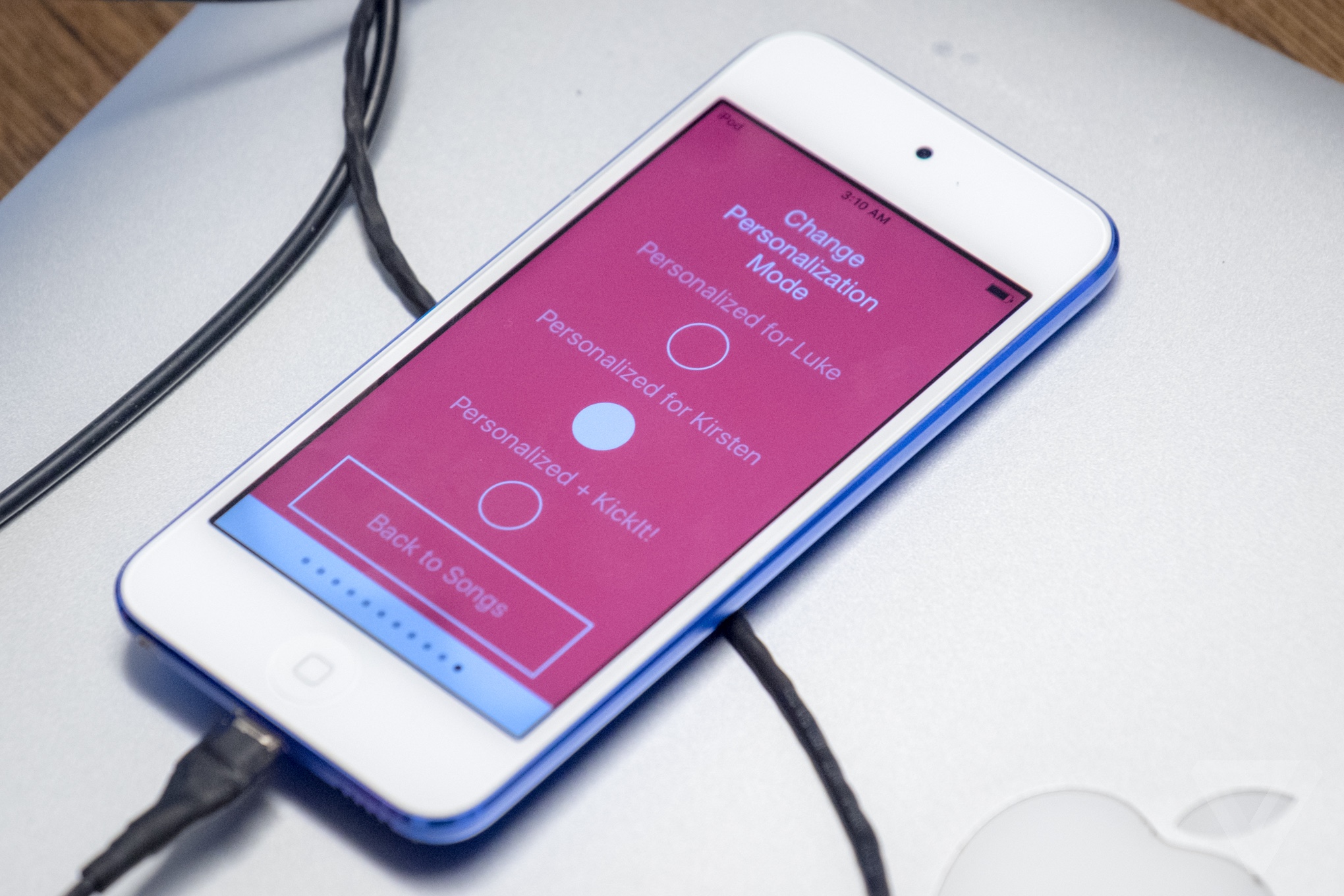 Unfortunately, the Nura experience wasn't smooth sailing for everyone. While the headphones were able to adjust to my ears just fine, the calibration process was rather grueling for Verge news reporter Chris Welch. He spent quite a bit of time trying to get them to fit properly inside his ears so that they would initiate the calibration process. And what's worse is that Chris' listening profile didn't sound good to him at all because the sound from one of the cups was too low.

However, Kirsten Frisina, The Verge's social video reporter, had a much better time with the Nura headphones. "Wow, this is awesome," she said after trying the headphones for a few minutes. "The depth of sound is incredible."

My own experience was reasonably positive. I wasn't too bothered by the in-ear portion of the headphones and from my limited time with them, the sound seemed comparable to my V-Moda Crossfade M-100s. In fact, the sound appeared to be a tad fuller than my V-Modas. But that doesn't mean the Nura headphones fulfill their promise; while they do seem to tailor their sound to each user, there's no way to know if what you're hearing is the best possible sound for you. In addition, if you aren't happy with the way the headphones are enhancing a song or a genre, there's no way to tweak that experience manually.

Audiophiles might not appreciate the way songs are modified

It's also unclear how audiophiles will feel about the way in which songs are modified. If the technology behind the Nura headphone is just a little off, it's possible that a discerning listener could hear sounds that a composer never intended — and that might ruin the experience.

In the end, the Nura headphones' biggest selling point is the idea that the sound they produce is optimized to allow you to hear every note clearly — including those that you might normally miss. Because I only got to try the Nura headphones for a short period of time, I can't make a final call on how good Nura's technology is. What I can say is that the setup process needs work. Still, the idea driving the Nura headphones seem genuinely interesting. If the company can perfect the prototype so that the calibration experience isn't too painful, these headphones might be worth it for some.

Early Kickstarter backers can get a pair for $179. When they hit stores, they'll be going for $399, Campbell says.