One of the clear signs of progress in this goofy modern world of ours is the slow, all-consuming standardization of USB power. Edison's revenge, if you will.

Anyhow, the Ripcord is a Kickstarter for a cable that lets you power 9-volt devices that usually require clunky power bricks from a standard 5V 1A USB power source. They're claiming that you can run guitar pedals off a phone charger, or little synths off a USB battery pack, and so forth. That sounds remarkably convenient, and the video is exactly the sort of adorable Kickstarter video that fills you with just enough hope to distract from the lack of specifics and actual demonstrations. This is what Kickstarter is for: twee music and animations in the service of potentially unfulfilled hope. Let's watch that video now:

But it sounds like the good and earnest people at MyVolts.com, developer of the Ripcord, have a lot of this figured out: they've given prototypes to a bunch of musicians, and they're saying they're going to ship a bunch of adapters to let the Ripcord fit all sorts of devices. Output voltage is fixed at 9V for now, but there are plans to provide multiple voltages if they hit their goal. (They're at $6,615 of a $28,715 goal with 18 days to go as right now, so we'll see.) And the group photo of the MyVolts team makes them look like a renegade Oscars orchestra with a chip on their shoulder and past they can't quite escape, so let's root for them. Their band should definitely be called Edison's Revenge. It all comes together. 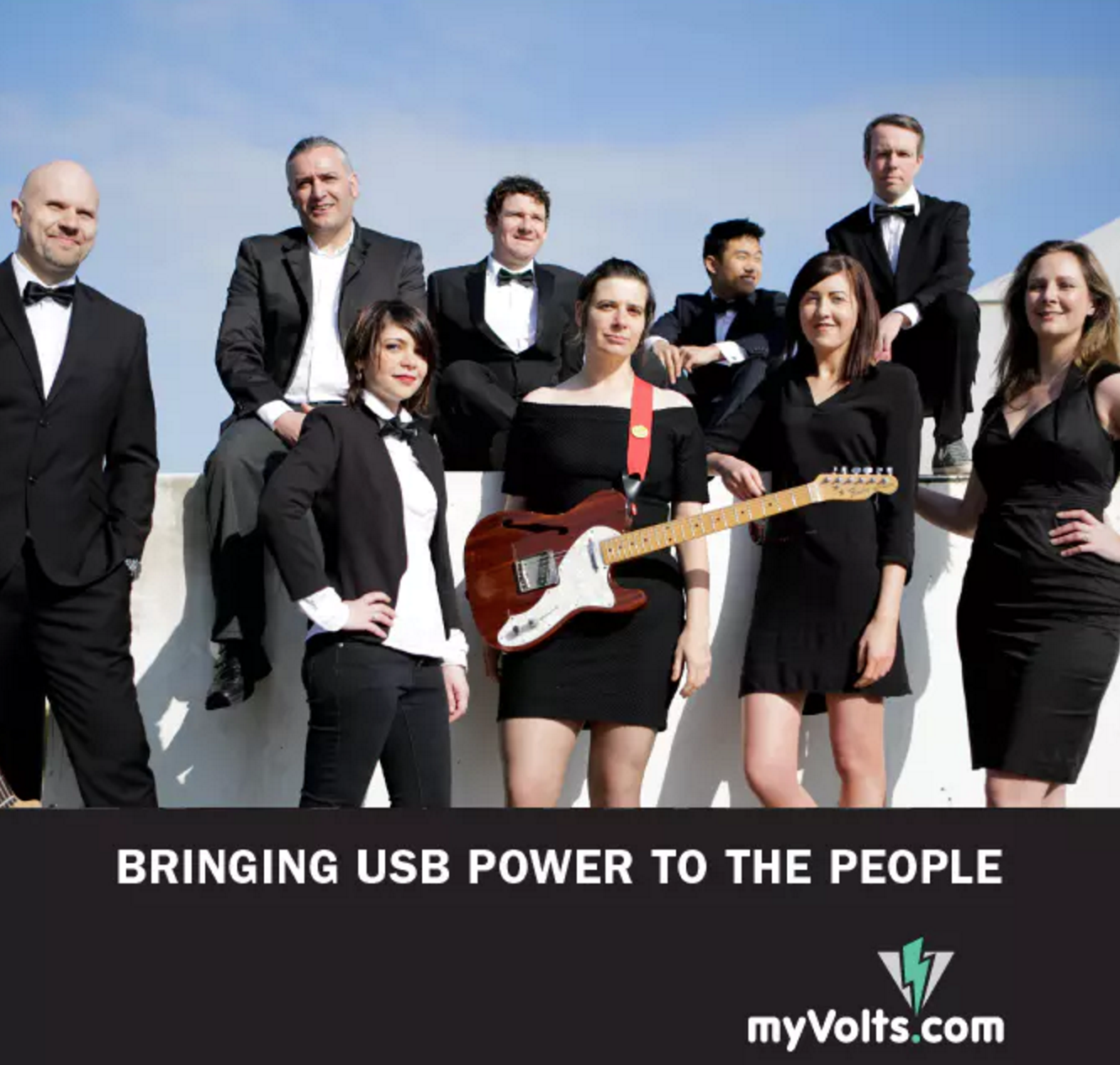