Google took a big step into virtual reality with its Android-powered VR platform Daydream, and while we have to wait until fall for "Daydream-ready" phones, we did get a brief glimpse of the reference design for its headset and motion controller, which is also coming this fall from Google itself and other partners. From what we can tell, the headset is pretty standard fare to what's already out there. So let's talk about the controller instead. 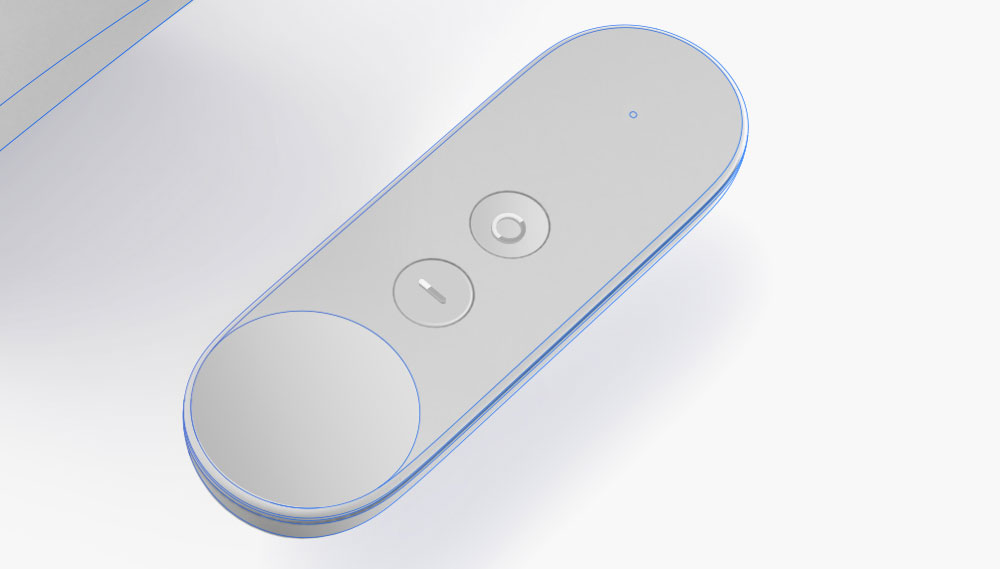 Based on the design and the small demos in the teaser video, Daydream's motion controller centers around three buttons — including one that looks like it might be a trackpad of some sort, a la Vive's wands — and various gyroscopes that captures your waving. It also seems to capture where you're pointing, based on the cursor that's seen selecting apps.

And of course, there are your more basic VR / motion-control experiences like fishing...

... or steering your serpentine dragon...

ALL I WANT TO DO IS MAKE PANCAKES ON THE SAND IN VR google totally gets me https://t.co/RrrwLaKDxT #io16 pic.twitter.com/BKvCUlWM2A

Let's just forget everything else and focus on what's important... FLIPPING PANCAKES ON A BEACH.