Next Thing's CHIP is a $9 computer — kind of like a Raspberry Pi, but even cheaper. Well, not as cheap as the $5 Raspberry Pi Zero, which was launched after CHIP blew up Kickstarter, but cheaper than the $35 Raspberry Pi. About 30,000 CHIPs have shipped to backers so far, and now Next Thing is getting ready to ship PocketCHIP this month.

PocketCHIP is like a 2007 pocket PC from an alternate timeline where the iPhone never existed. The $49 handheld is powered by the 1GHz CHIP, has a 4.3-inch 480 x 272 resistive touchscreen, and a full, physical QWERTY keyboard for typing like old people used to type. It's basically what any number of hackers have attempted to build as the dream case for Raspberry Pi, but it's shipping as a real product, in addition to being available as open-source plans for anyone who wants to build their own.

On its blog, Next Thing has been chronicling weird uses for PocketCHIP that its engineers have dreamt up — including a VR headset that started as a joke and turned into a viable way to play Virtual Boy games. 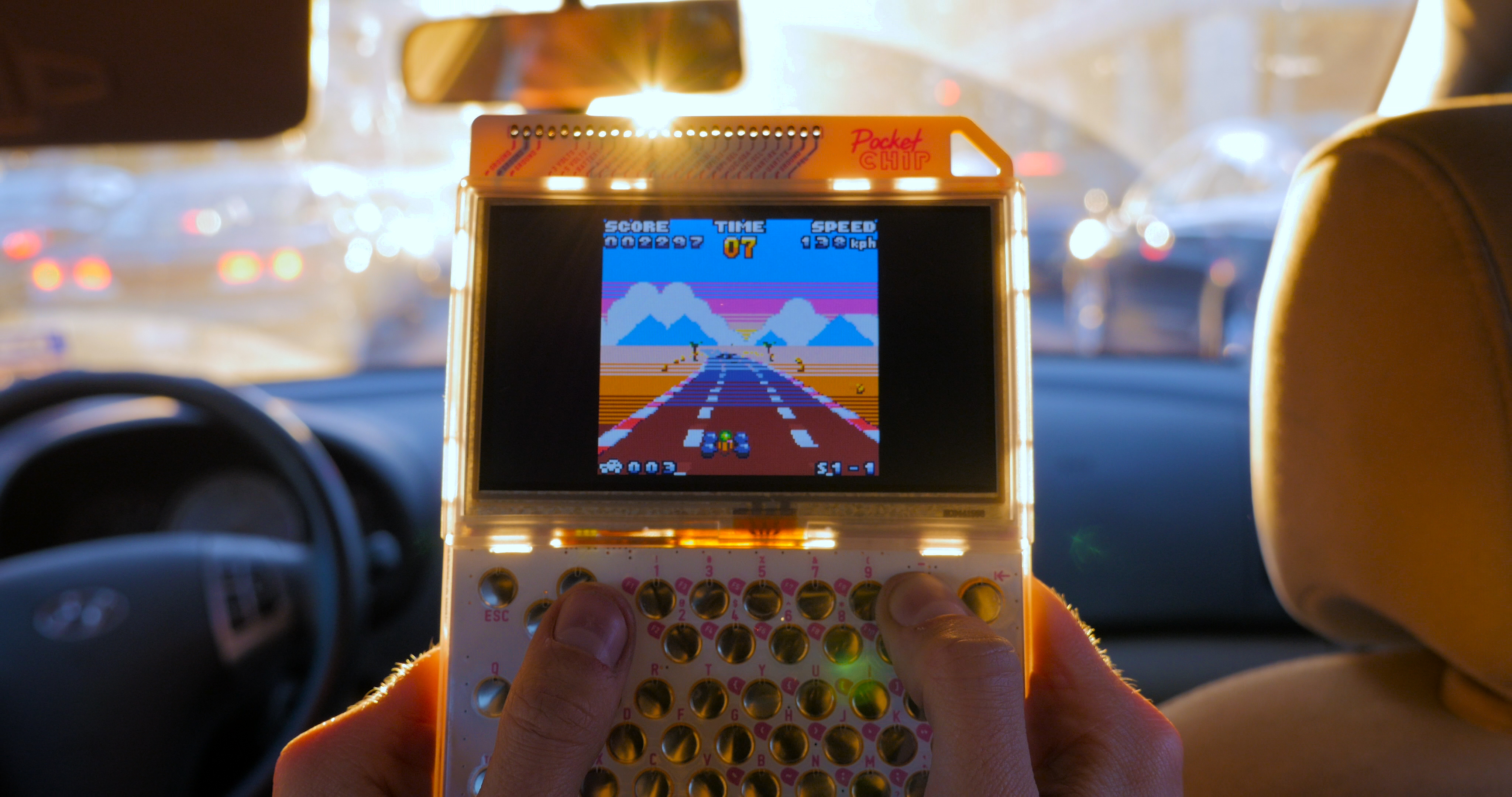 But most exciting, to me at least, is PocketCHIP will ship with PICO-8 preinstalled. If you've never heard of PICO-8, you have a bunch of weird little video games to catch up on. Basically it's a "fantasy console" that runs in a browser or on a desktop, but has resource limitations akin to a Game Boy Color. What's even better is PICO-8 has built-in tools for building your own game — complete with code, sprite, and sound editors — and every game someone else makes can be opened up and tweaked. PocketCHIP will include a browser for the hundreds of published PICO-8 games, turning it into an out-of-the-box handheld console.

The PICO-8 software typically sells for $14 (I'm a license holder, and built my own game, and it's totally worth $14), but author Joseph White agreed to give it away with PocketCHIP for free. It's obvious it completes the "whole picture" of what makes PocketCHIP a different kind of thing. Next Thing CEO Dave Rauchwerk likens it to the Commodore 64, a machine that's a game console, and also a computer — you begin by playing, then you start tinkering and, pretty soon you're a full-blown nerd.

"A lot of people that are working on this project, that was their first computer," says Rauchwerk. "The idea that experience isn't really around today is kind of weird. PocketCHIP is kind of that thing we all wanted when we were 13, and now we're in a spot that we can make it real."

Backers will start receiving PocketCHIP this month; if you order one now you can expect to get yours in June.