BlackBerry updated BBM this week to allow for video calls. It's currently available in beta on Android and iOS for North American users. The rest of world will get the update in July.

The company says on its blog that BBM users are "on-trend" in wanting video calling. Sounds about right. But there's a difference between BBM and other video-calling platforms, like FaceTime, WhatsApp, Skype, Snapchat, and Hangouts. Those other platforms are great for chatting with friends, staying in touch with distant family, and waving goodnight to boo, but BBM is awesome for hosting business video conferences. Gotcha. The company says the feature allows for meeting job candidates virtually and making decisions in "real time." Video calling, what a modern marvel! 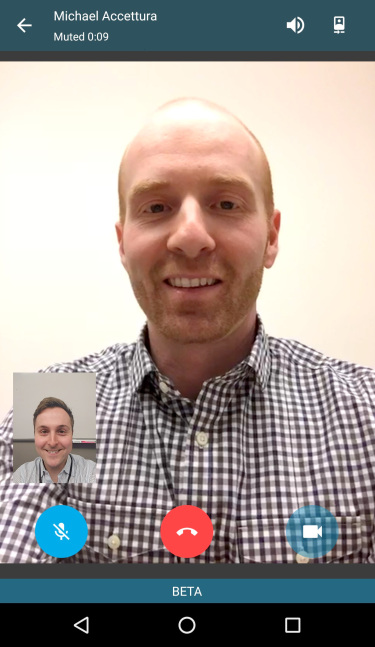