Wireless speakers generally come in two flavors: portable Bluetooth options or larger, Wi-Fi-based systems. The UE Boom is an excellent example of a Bluetooth speaker: it's portable, simple, has a long battery life, and can go pretty much anywhere. Sonos' home speakers are the quintessential Wi-Fi options: they are larger, easier to use, and can fill large rooms with audio, but aren't designed for portability. There are a lot of wireless speakers that sit in between those two options, and Naim's Mu-So Qb, one that I've been testing for a few weeks, is one of those.

The $999 Mu-So Qb was announced at CES earlier this year, and it just started hitting retail stores, including the Apple Store, this spring. It's the second speaker in Naim's Mu-So lineup, following the much larger Mu-So launched last year. It's not a portable speaker in the least — the Qb's dimensions stretch just over eight inches in each direction and it weighs over 12 pounds — but it's something that's designed to be shown off at home.

Inside the Qb's cuboid design are five drivers: two tweeters, two mid-range, and one woofer; and five amplifiers: four 50 watt amps for each tweeter and mid-range driver and a 100 watt amp for the sub. Naim says that combined, the amps can produce up to 300 watts of power. All of the drivers and amps are controlled by a custom 32-bit digital signal processor. 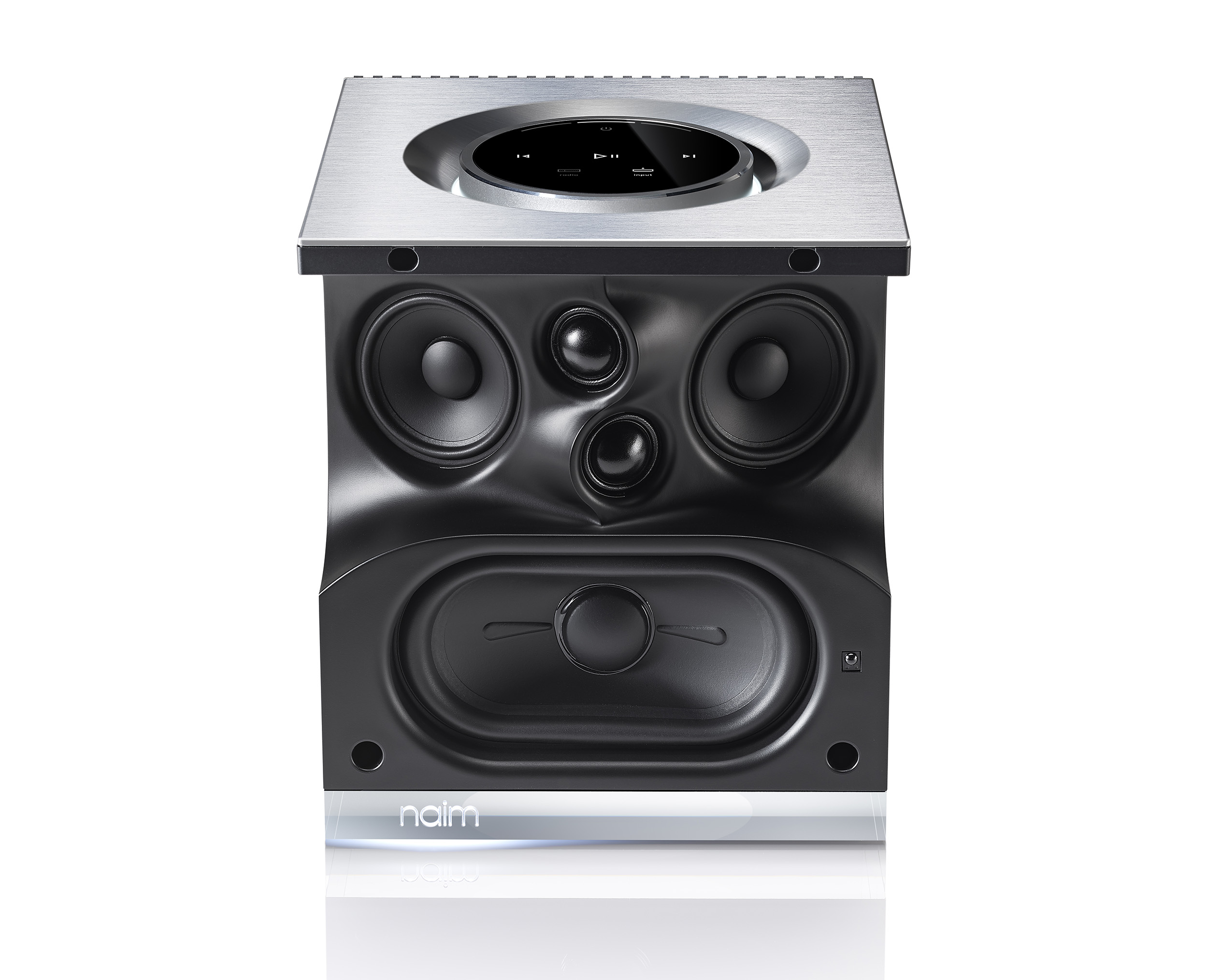 The driver layout in the Naim Mu-So Qb

Getting your music to play out of the Qb can be done in a variety of ways. It supports Apple's AirPlay, Spotify Connect, Bluetooth, and UPnP for wireless streaming from a computer or phone. The Mu-So smartphone app also has Tidal integration and support for internet radio stations. In addition, the Qb has inputs for 3.5mm audio cables, optical audio, and USB. Multiple Mu-So speakers can be paired together for multi-room audio.

The sound from the Qb is powerful, despite its relatively small size. The bass thumps hard thanks to the dedicated woofer and amp, and the layout of the drivers in the box disperses the sound throughout the room pretty evenly. Most of the time, I controlled the Qb wirelessly with my phone, but from time to time I used the large dial on top of the speaker to raise or lower the volume. The dial is surrounded by a ring of LEDs that provide a nice glow that is also visible through the acrylic bottom of the speaker. The Qb's unique shape and variety of materials — aluminum, fabric, and acrylic — lend to a unique, but cool-looking visual presentation. The standard version comes in black, but Naim sells accessory fabric covers in orange, teal, and red to add a splash of color to the mix.

If the four-figure price doesn't send you running, the Mu-So Qb is a versatile and unique wireless speaker that backs up its funky looks with impressive sound quality.