After more than 30 years in the speaker business, French audio company Focal started taking on headphones in 2012. Today, its headphone line grows from four to seven units with the addition of three new models: one meant to rival a pair of Beats, and the other two meant for serious audiophiles.

The first model is called Listen, and it's a pretty straightforward pair of closed-ear headphones. It has a plastic body and a 4.6-foot cord with a mic on it terminating in a 3.5mm headphone jack. There's no built-in wireless or active noise cancelation, though during a brief demo, the Listen did seem to block out noise pretty effectively. They'll sell for $249.

The Listen are comfortable, but there's nothing particularly compelling about them. On first (ahem) listen, they didn't appear to deliver the audio quality you'd expect from a $249 pair of headphones. And while the Listen’s reliance on a headphone jack seems completely normal today, it’s very possible that it’ll soon limit them, as new smartphones begin to eschew the standard 3.5mm input. 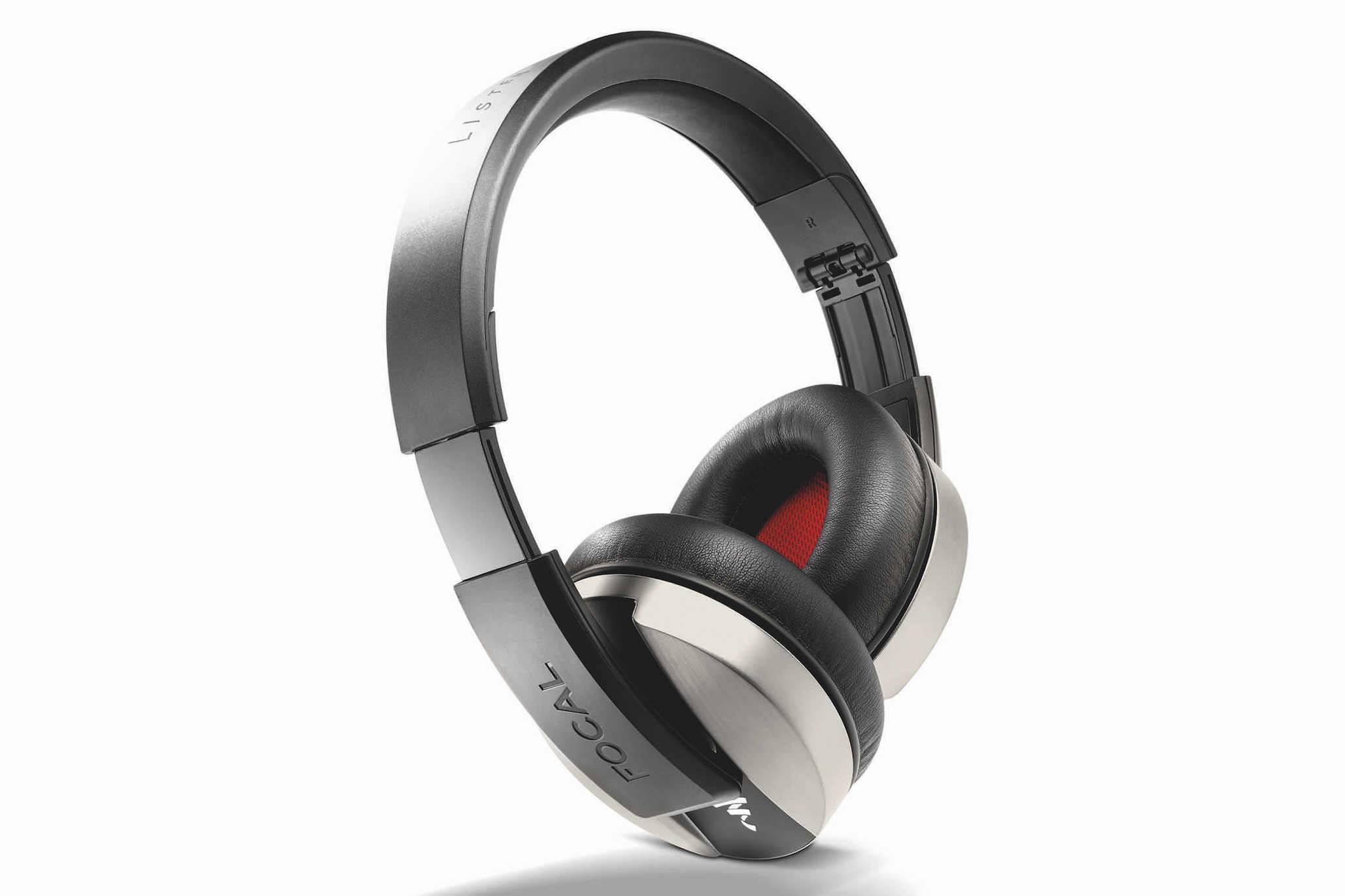 The other two headphones are a bit more compelling and feel like the products Focal was actually interested in making. The cheaper of the two is called the Elear and will sell for $999; the other model, called the Utopia, will go for $3,999. In both cases, Focal says its intention was to closely reproduce the feel of listening to a nice set of speakers, rather than tightly clamped headphones.

I only spent a few minutes with them, so I can't fairly say whether they deliver on that goal. But during a short demo, they sounded full and clean (although, they seemed to have a closer soundstage than I'm used to.) When paired with a high-end DAC and amplifier, Focal claims that the Elear can hit frequencies between 5Hz and 23kHz, while the Utopia can reach from 5Hz to 50kHz, with an impedance of 80 ohms for each.

The headphones look industrial, but they feel luxurious

The Elear and Utopia — in case the latter’s name didn't suggest it — are basically meant for luxurious home listening, and they have a comfort and build quality that lives up to their goal. Both headphones have open backs, with grated metal curving across each model's earpieces. The Elear has an aluminum body and leather headband; the Utopia mixes metal with carbon fiber for reduced weight, while using pitted leather on both the headband and ear cups.

The look is almost industrial. I don't hate it, but there’s something to be said for the vibe of a pair of headphones matching the music they’re best at reproducing. Focal says these headphones are meant for pretty much anything, and they sort of look that way, like they’re designed to get the job done and nothing more.

While I didn't spend enough time with either model to say how it feels after being worn through an entire album, I was surprised at how the size and heft of both felt almost unnoticeable once they were on my head. Their style was, of course, unnoticeable at that point, too — so, it’s worth weighing which parts of a headphone you value.

Both models come with a 13-foot cord that terminates in a quarter-inch stereo jack. That can sound excessive, but it’s not out of line with the audiophile experience Focal is pitching. If you have these headphones hooked up to your stereo, you’re going to want a cord that can stretch across the room to your easy chair. These ought to be able to do that. Both allow their cables to be detached, too, so they can be swapped out for something shorter if you’re planning to sit right beside your audio source.

Focal will be releasing all three models over the next month. The Listen will be available starting July 15th. The Elear and Utopia will go on sale a bit earlier, beginning June 29th.

Update June 16th, 1:40PM ET: Focal initially misstated the impedance of the Elear and Utopia as 32 ohms. They in fact have an impedance of 80 ohms.

Focal Listen
Most Popular
From our sponsor
Advertiser Content From