I want to hate these Zungle Panther sunglasses, which have bone conduction speakers built into them, but I kind of can’t resist them. They’re so unfashionable that maybe I’m into them? They’ve also already surpassed their Kickstarter goal of $50,000 with 23 days to go. Is this some kind of Kickstarter psychology where I like them because of all their internet monetary support? It's working. The sunglasses also come with a built-in mic and secret USB port. (They’re tucked into the arm of the glasses. Very secret.) 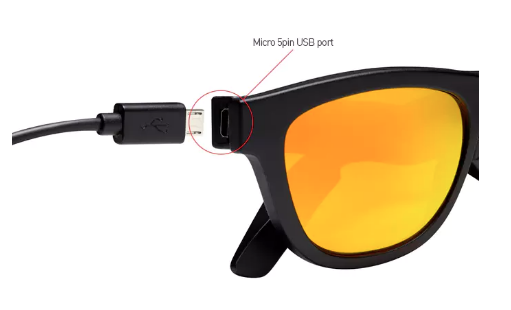 Zungle Panther’s idea is nothing new. We’ve seen physical speakers built into sunglasses before, including in the Oakley Thumps from 2005. That was a decade ago, and I kind of like the look of those mid-2000s Oakleys better even without bone conduction. However, something about the Zungle Panther and all its bone-conduction glory seems to encapsulate the look of Summer Sixteen. Maybe it's because I could totally see Drake wearing these? I imagine many a teen will love having Skrillex pulsating through their skull bones. Okay I guess I don't actually love these that much.

The best wireless headphones for working out