Let me be clear about the BackPAIX backpack: the bag's physical design features aren't all that special. Sure, it's got a whole bunch of pockets, a 15-inch laptop sleeve with a side zipper, channels designed for charging cables, and a pocket for shoes, but on the whole, it doesn't exactly inspire sonnets. What is unique about the BackPAIX, though, is its smart badge system. Look at this thing! 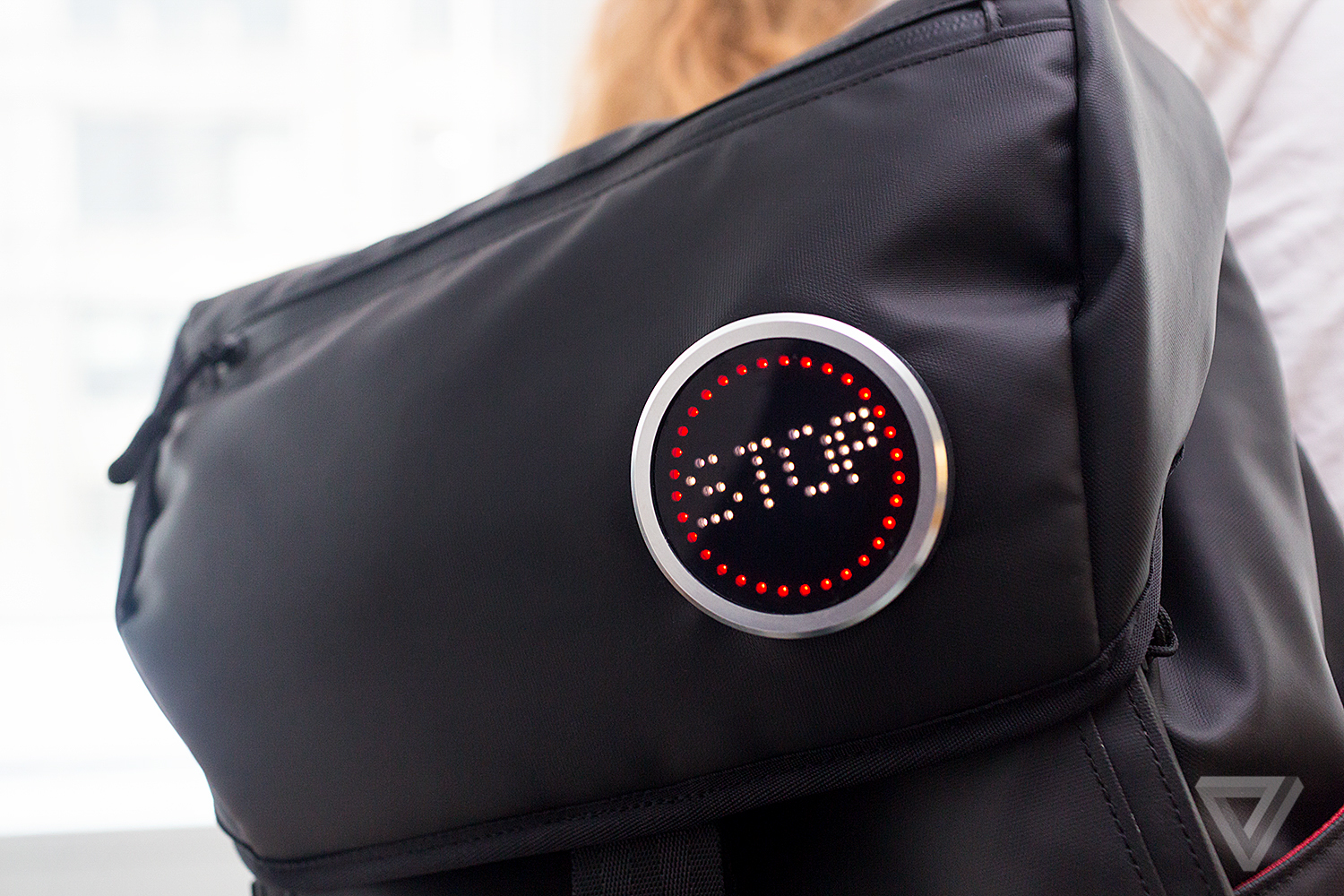 The Bluetooth badge's LED lights switch colors and create various designs. The hardware is simple. It has a tiny built-in 600 mAh battery and is controlled through its companion iOS or Android app.

For now, users can toggle between three modes: biking, image display, and theft alert. The biking mode is likely the most useful. Riders can indicate which direction they're turning through a control panel mounted on the front of their bike's frame. It can also be controlled through the app, although I think riding one-handed counteracts the benefits of indicating a turning direction.

The theft alert relies on a geo-fence. If the bag goes outside its defined area, its owner will receive a notification. As far as the smiley face feature (!!!) the company plans to let users design those badge images, which is what I'm most excited about. I haven't seen anything as flashy as this badge before, and let's be real, I want to wear conversation pieces.

But unfortunately, that snazzy badge requires a charge to keep running. Its small battery lasts about a day, and although BackPAIX has a compartment for a portable charging unit, the bigger struggle is keeping those chargers fully powered. If you want to keep the badge flashing smileys all day you'll have to be on top of your charger game. The company might eventually sell them separately from the backpack, which is what I'm hoping for. I'd swap one badge between bags or buy multiple to keep on all my backpacks.

Generally, BackPAIX is stylish and sleek for the city. It comes with a massive main pocket that apparently fits up to 30 liters; it also only weighs 2.7 pounds. It's "weatherproof" and made out of recycled plastic. I'd rock it. For now it's only available in one size and in black, but its founders plan to expand those options post-launch. 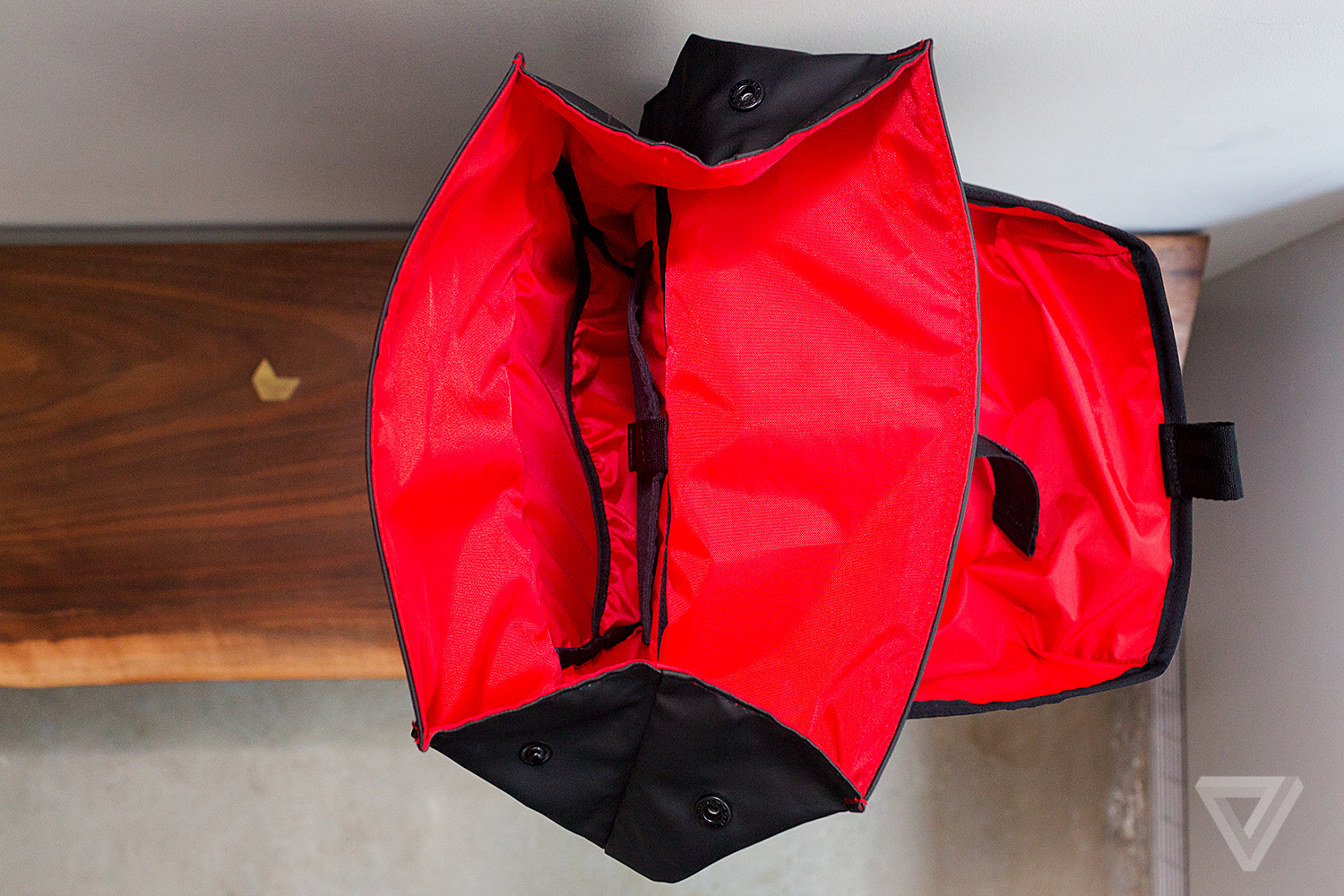 BackPAIX is on Kickstarter now and starts at $179.

Photos by James Bareham / The Verge
Back to top ^