Blu and Amazon have redefined the budget smartphone

The R1 HD punches above its class, but not without the help of ads

Share All sharing options for: Blu and Amazon have redefined the budget smartphone

I recently read a book called The Inevitable by Kevin Kelly. There are a bunch of chapters in it. One of the chapters was about how in the future we won't really own much of anything, but we'll have access to everything. We'll just ask our apartment for what we want in the morning (clothes, and maybe a George Foreman Grill), use it during the day, and drop it down a chute end of the day. A life of flexibility, variety, and the lack of encumbrance!

That's kind of what this Blu R1 HD feels like. It’s a $100 phone that you can get for $50 if you agree to let Amazon display ads on your lock screen and in your notification tray. It feels like a phone I don't own. It feels disposable. And it's kind of nice.

The whole reason this phone is so stupid cheap is because of those Amazon ads. Someone out there might pay full price for it, but it’s more likely that people buying this phone will go the cheapest option available, and that means seeing ads. Lots of ads. Every time you wake the phone there's an ad on the lock screen. Sometimes — actually, a lot of the time — it's a fullscreen ad, which just feels so weird on a device as personal as a phone. It literally, for me, depersonalizes the smartphone. "Oh, this chunk of plastic? This is a phone, but it's not really mine." I don't have to care about this phone, because it cares so little for me that it decided to show me a fullscreen ad for whey-based protein powder.

The cheapest option gets you a Blu R1 HD with 1GB of RAM and 8GB of storage. Splurge another $10 and you can get double the RAM and double the storage. I'm testing the $60 version with 2GB of RAM and all the ads in the world. But even at full price you get a good amount of phone for the money, comparable or better to any $100 prepaid phone out there. The processor is fast (enough), the screen is nice (enough), the battery life is acceptable, and while the built-in speakers are horrible, I own headphones so it's not killing me.

The idea that any of these features should be competent or tolerable at this price is kind of uncharted territory, and I'm loving it. Just imagine this: I actually enjoy reading Kindle books on a bottom-barrel phone. Imagine this, also: Pokémon Go runs just as well, if not better, than it does on my personal iPhone 6. Oh, and how about this wild occurrence: other than the ads, the phone is almost bone stock Android 6.0 Marshmallow, and unlocked to run on T-Mobile and AT&T.

All the things I really want to do on my phone — chatting over Facebook Messenger, stalking via Snapchat, proving people wrong with Google searches, playing POPONG! if I can get a seat on the subway — are competent on the Blu R1 HD. Also fine is the battery life, which gets me through a day of moderate use (only a little Pokémon, maybe a little too much Snapchat) with about 5 percent to spare by midnight. The phone is never great, never exceptional, but totally fine.

It feels cheap in a good way

I actually just like holding the Blu R1 HD, precisely because it doesn't feel like a precious bauble. It feels cheap, in a good way. It has a nice soft-touch matte finish on the plastic back, and the Gorilla Glass 3 front feels strong but not brittle. The whole assembly is very light, and very unassuming. I didn't realize how stressful holding $600, $700, $800 phones all the time was, until I started to carry a phone that I literally don't care about, and could replace for the price of a nice dinner.

Okay, that said, here's what's wrong with the phone:

The audio quality sucks. Everything sounds like a kazoo through the earpiece, and the speaker on the back of the phone is barely loud enough to qualify as a speaker. The R1 doesn’t come with a set headphones (unsurprisingly), but you’ll want a pair with it. Maybe you’ll see an ad for a good deal on a set that you can get right from Amazon on the R1’s lock screen.

The radio reception is bizarre. Anecdotally, the phone is way worse than my iPhone or Galaxy at picking up Wi-Fi, LTE, and even GPS. It’s hard to tell if it’s a hardware or a software problem, but it’s pretty bad. Some of it is surely due to the low-end hardware — the R1 doesn’t support 5GHz Wi-Fi networks, forcing me to rely on often crowded 2.4GHz Wi-Fi. I end up using a lot more LTE data because I'm connected to Wi-Fi so infrequently. On the Pokémon Go map I'm hopping all over the place while standing still, and sometimes the phone doesn't even bother to connect to a Wi-Fi signal until I turn Wi-Fi off and on again.

Finally, and I hate to bring this up because I know it's a super cheap phone and what do you even expect, but the cameras are terrible. Once a day or so something cool happens in my life and I would like a photo of it, and it's kind of tragic to not have a camera capable of capturing that moment. I mean, if there's a ton of daylight nearby you might have a chance to see what you're trying to photograph, but somehow the phone's combination of poor sensor and overwrought compression suck all the life out of the photo. Here are some very sad pictures of day-lit flowers to prove my point:

Could I actually live with this phone? Maybe. I think I like this carefree, ad-supported, disposable lifestyle that Kevin Kelly was warning me about.

But I've also been trained to want a perfect phone. There's a slight tinge of sadness in everything this phone touches. The screen is a little low on saturation, so POPONG! (a tile-matching game) is harder to play. I dislike the "BLU" logo immensely, and the splash screen is even worse. The headphone jack is on the top and that's annoying (though, in fairness, there are plenty of $500 and up smartphones that also commit this offense). Watching my avatar glitch back and forth between blocks in Pokémon Go or Google Maps is unsettling. And while it's entertaining how the ads on the lock screen symbolize some near-fictional version of supercapitalism, I do actually very much dislike looking at ads in any context.

It turns out I really hate looking at ads

And what about a year from now, when the phone’s measly storage fills up, the battery is run down, the inevitable Android slowdown sets in, and Blu has probably quit offering software updates? I guess I’d have to drop another $60 on whatever Blu and Amazon have cooked up for me, and the cycle continues.

No phone has ever made me not care about it in such a revolutionary, actually-this-is-kind-of-nice way. And yet, I think I'd still rather be rich.

Our review of Blu R1 HD 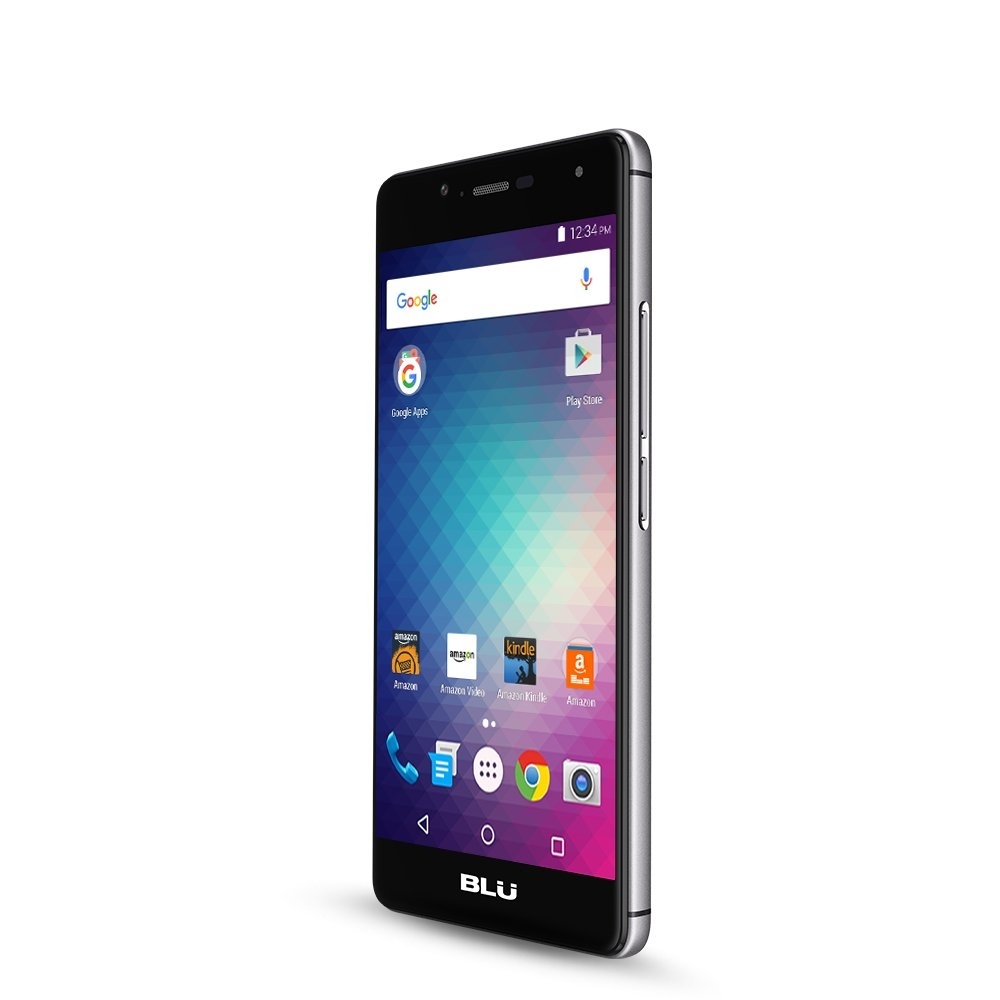