Back in July when the Zubia Z11 was released, it was unclear if Nubia would make its new flagship device available outside of China. Today during IFA, the company announced that it would in fact be rolled out internationally, and the device would make its way to Europe and North America starting next month. The specifications are pretty much identical to the Chinese version: 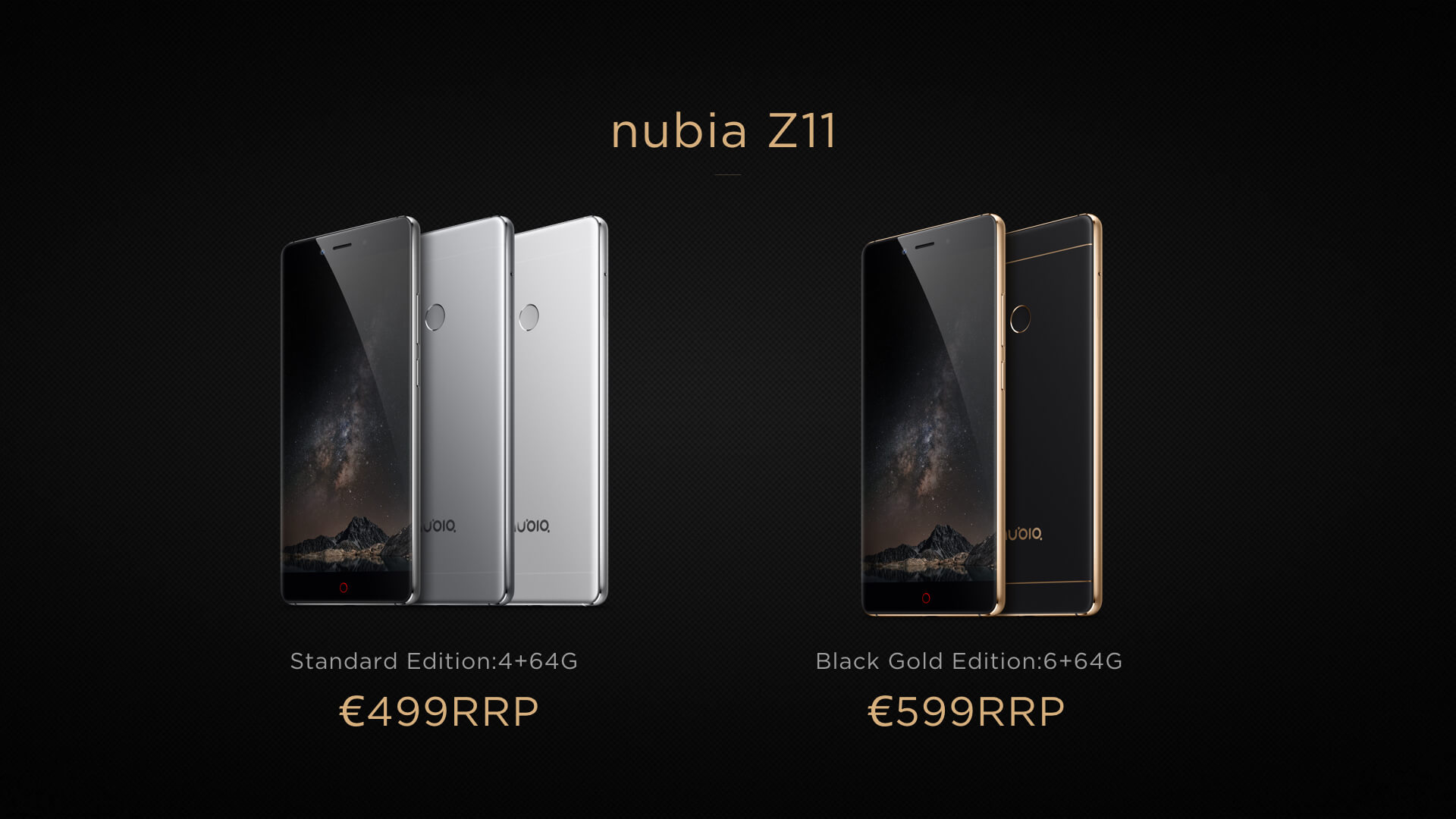 Nubia says the Z11 will be available in the UK, Europe (Czech Republic, Germany, Italy, Portugal, Russia, Spain), Asia (India, Indonesia, Thailand, Vietnam), and the Americas (US, Argentina, Mexico) beginning next month. The Z11 comes in silver or gray with 4GB and 64GB of storage for €499, or in a special black-gold edition for €599 with a bump in ram to 6GB. You'll be able to purchase it from Nubia's website and online retailers including Amazon and eBay.