Joel Johnson used to be a gadget blogger for places like Gizmodo, Wired, and Boing Boing, but now is trying to buy a farm.

Every so often, a glimmer of the old Sony shines through. The Sony that made delightful metal hexahedrons that did amazing things with at least one glaring mistake that made the whole endeavor even more glorious. I have found another one, and it's called the MP-CL1.

It's a pico projector — you know, those things that seem like they'll be good someday, but are squint-inducing trash right now. Except this one, which is extremely good. It uses lasers—or a laser — to project an image that is always in focus and, despite a "low" lumen rating of around 32, looks so, so good when you're using it. 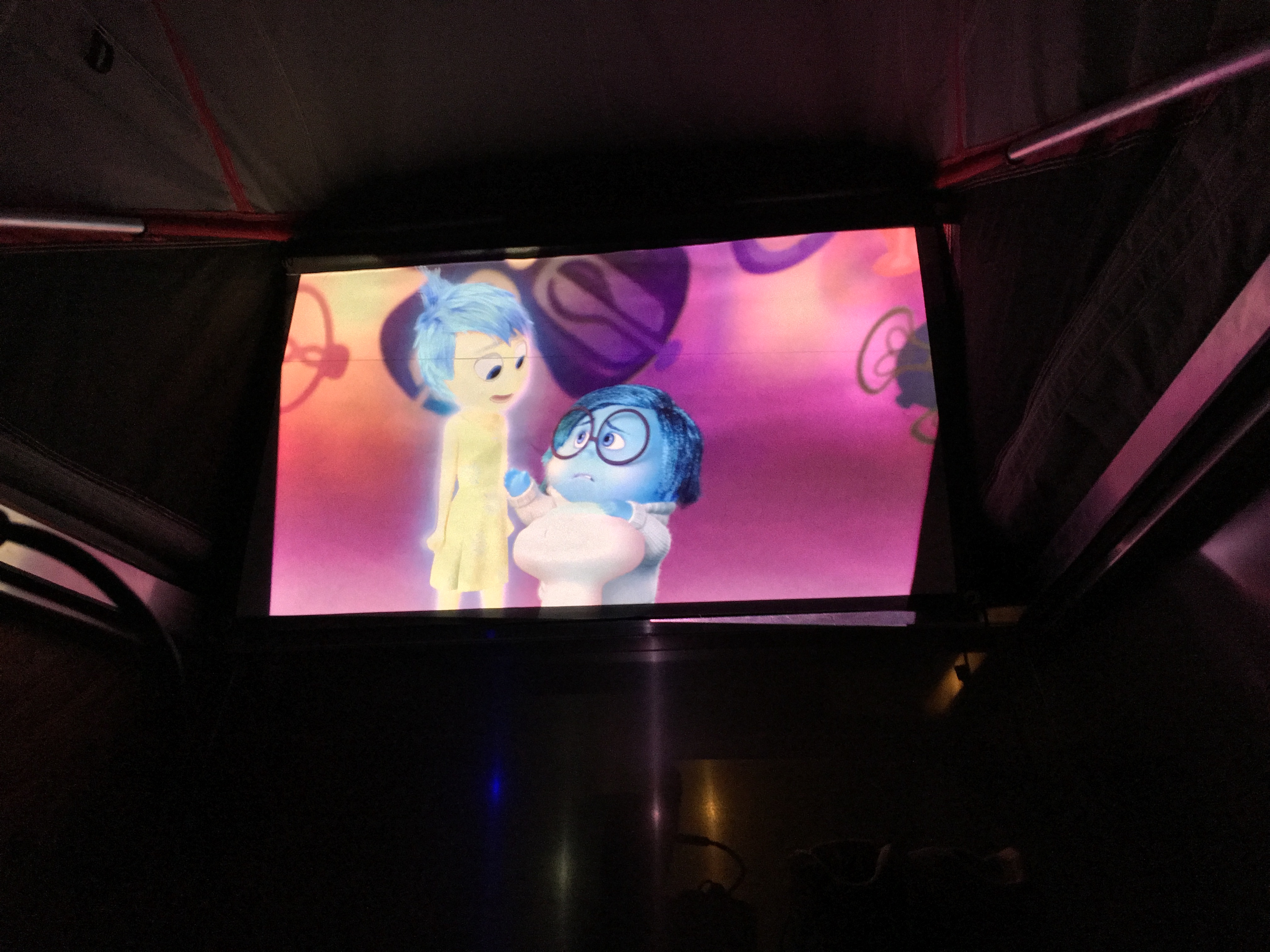 There's some sort of gadget bro science that says the light coming out of the MP-CL1's lens, which is using a chip licensed from a company called MicroVision, appear to be brighter than light coming out of other, similar pico projector apertures that use things like DLP. I don't know if that's actually true, but I know this: at night, with the lights off, the image this little box makes looks incredible. Damn near as good as a regular LCD panel. At night with some ambient light it's watchable, but not great. During the day the projected image is infuriating garbage.

Shoot movies onto the silvered undersides of leaves!

But at night, O night! I keep plugging the MP-CL1 into my iPhone — via a far-too-expensive HDMI dongle — and projecting movies onto every surface I can find so that I can show off. Walking down the street. Laying on my back in a tent, watching movies off the ceiling. At home, projecting a movie onto the black surface of an actual HDTV. (This looks terrible, but is hilarious.) And the dumb little thing is battery-powered, too! 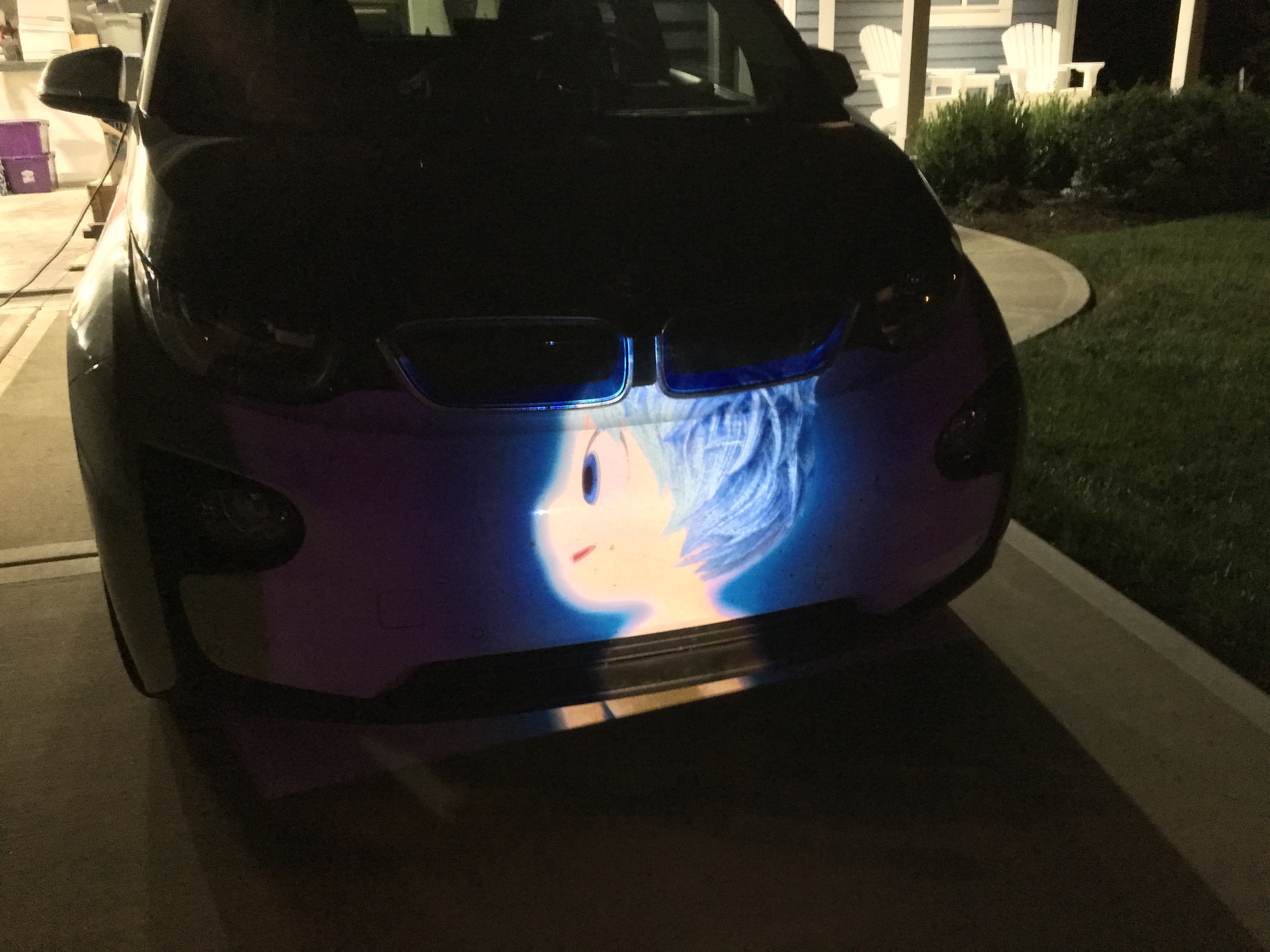 Every review of this little box compares it to other projectors, which is maddening. (The only fair comparison would be the PicoPro, which licenses the same technology, which I haven't used, but am sure is also awesome.) Yeah, it sucks during the day. It's a projector! But this one fits in your pocket and runs on a battery and doesn't need to be focused and lets you hold it in your hand and shoot movies onto the silvered undersides of leaves! I bought mine used on Amazon for $250 — it's $350 new — and have been carrying it in my bag for weeks just to show it to people. I literally stopped Paul on the street outside his office — we'd never met; don't do this — and bummed a cigarette and started yelling at him about how cool this thing is. NEARLY AS COOL AS CIGARETTES AREN'T PAUL, COME ON MAN. It even has a bunch of stupid design choices that are Sony-typical, like using a mini-HDMI plug so you have an adapter to lose, and a weird, flappy toggle switch that you have to massage every time you turn it on to get it to remember what input it should use. 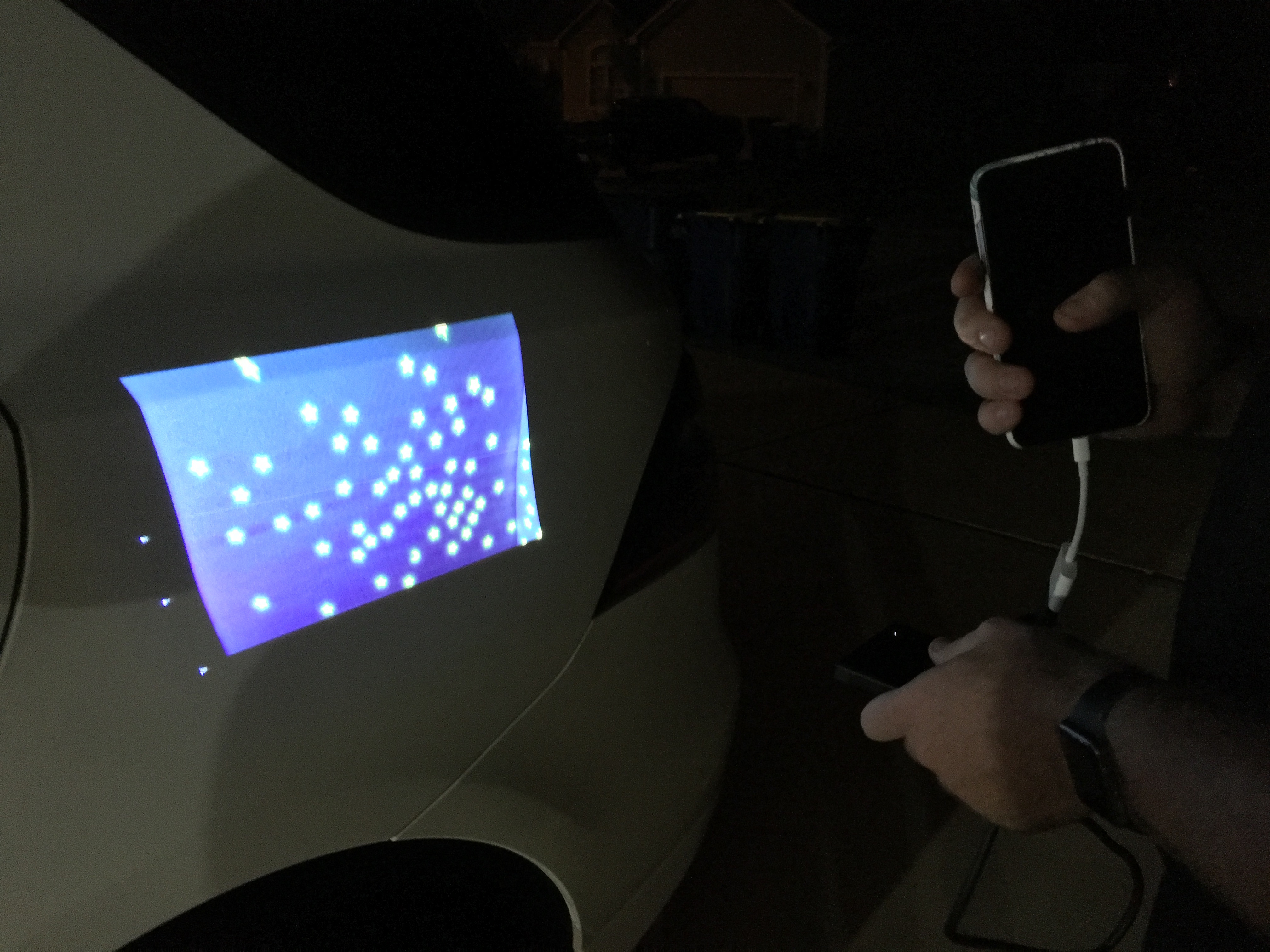 And still I love it. I love its black metal case, cool to the touch. I love its nearly unusable snap-on kickstand design. I love how I've spent almost another $75 building a little platform stand for it so I can use it in my camper tent. I love how it makes me proud to be the effusive gadget nerd that makes all my friends roll their eyes, until I spray pixels all over the sidewalk, and they chuckle and say, with real, if modulated, sincerity, "I didn't know they could do that." The "they" is the amorphous conclave of engineers that people think represent the state of the art. And tonight, they is my old pal Sony.