You can leave your charger at home

By Micah Singleton@MicahSingleton Oct 3, 2017, 8:00am EDT
Photography by James Bareham

Share All sharing options for: Motorola Moto E4 Plus review: a utilitarian workhorse

It’s sturdy. That’s the best way to describe the Moto E4 Plus, the latest budget smartphone from Lenovo’s subdivision. The E4 Plus is one of the best phones under $200 — but it won’t excite you in the least. It just gets the job done. It’s a utilitarian workhorse, like an old Toyota Land Cruiser. It’s heavy and fitted with a massive battery that will last you days, and can handle any scenario to a certain extent. But if you’re looking for excitement or innovation, look elsewhere. This is all business.

On paper, Lenovo has done just about everything right with the Moto E4 Plus: it comes with Android 7.1 Nougat, a Snapdragon 427 quad-core processor, a 13-megapixel camera, and a massive 5000mAh battery. Importantly, it comes unlocked — and works on all four major carriers. At $179 ($199 for the 32GB version), it’s the least-expensive phone you can buy that will work on any carrier. But while the spec sheet looks nice, the phone feels like it could be better with a bit more fine tuning.

Lenovo stuck with the big bezel look for the Moto E4 and E4 Plus, and it has a metal unibody design, which is serviceable but isn’t really appealing or distinctive. If there wasn’t a rather large Moto logo under the earpiece, it’d be hard to tell the difference between the E4 and any other random Android phone. The 5.5-inch 1280 x 720 display is probably the worst feature of the phone. (It’s far too big to have such a low resolution.) Colors don’t pop and reading text can be bothersome if you’re coming from any phone with a 1080p display or higher.

The display is the worst part of this phone

The Moto E4 Plus runs on a 1.4GHz quad-core Snapdragon 427 processor with 2GB of RAM and 16GB or 32GB of storage. It’s pretty quick, with no noticeable lag in webpage loading times or issues running the usual slate of apps. There were some slow downs on data-intensive games and when I had a bunch of tabs open on Chrome, but frankly that’s to be expected in a phone that costs less than $200.

Lenovo has loaded what is essentially a stock version of Android Nougat, with a few tweaks (like Moto Actions), but nothing that takes away from the design Google intended. That’s the good part. The bad part is Lenovo hasn’t committed to updating the E4 or E4 Plus to Android Oreo, despite the fact that it came out just two months ago.

If you’re looking for a device that will definitely get Android Oreo, you may want to look at something else. There’s no guarantee Lenovo will come around and add this to the list of Motorola phones getting Oreo in the coming months.

Challenging the display for the worst feature of the Moto E4 Plus is the 13-megapixel rear camera, which is lackluster at best. You have to really work to get a good shot with this phone. The autofocus is slow and inconsistent, and colors are routinely blown out. Images lack saturation in most cases, unless you tap to refocus in the exact right position and get lucky. There is a professional mode that will allow you to change settings like ISO and white balance to get a better image, but most people won’t be interested in messing with settings for every shot.

Low light performance is pretty bad as well: the camera app seriously lags when you’re trying to get a shot with not enough light. There was easily two to three seconds of lag after a number of shots I took, and the autofocus was pretty much unusable at points. If you own this phone and want to take photos in low light, just ask a friend with a better camera. None of my shots came out particularly well.

So what’s the best part of the phone? The massive battery — by far. The Moto E4 Plus comes with a 5000mAh battery that will not die. You’ll easily get two days of normal usage out of this thing without recharging (more if you use it lightly). This battery made me wish more phones came with this kind of stamina. After using this phone for a few weeks, you stop thinking about the charger, and forget about plugging it in at night. And it isn’t a death sentence to your connectivity with the outside world the next day.

The 5000mAh battery will not die

The Moto E4 Plus is a solid phone for $179. It will last you days, the processor is plenty fast, it can run all of the crucial apps with no issues, and the price tag is hard to beat. But if you’re looking for a phone you can keep for two years, or if you enjoy taking better than below-average photos, you should consider the Moto G5 Plus, which is $100 more but comes with a better dual-camera setup, a 1080p display, more RAM, and, eventually, Android Oreo.

There are only so many things you can cut from the G5 Plus and still have a great phone. The Moto E4 Plus is solid for how much it costs, but the true budget champion is still its big brother.

Our review of Motorola Moto E4 Plus 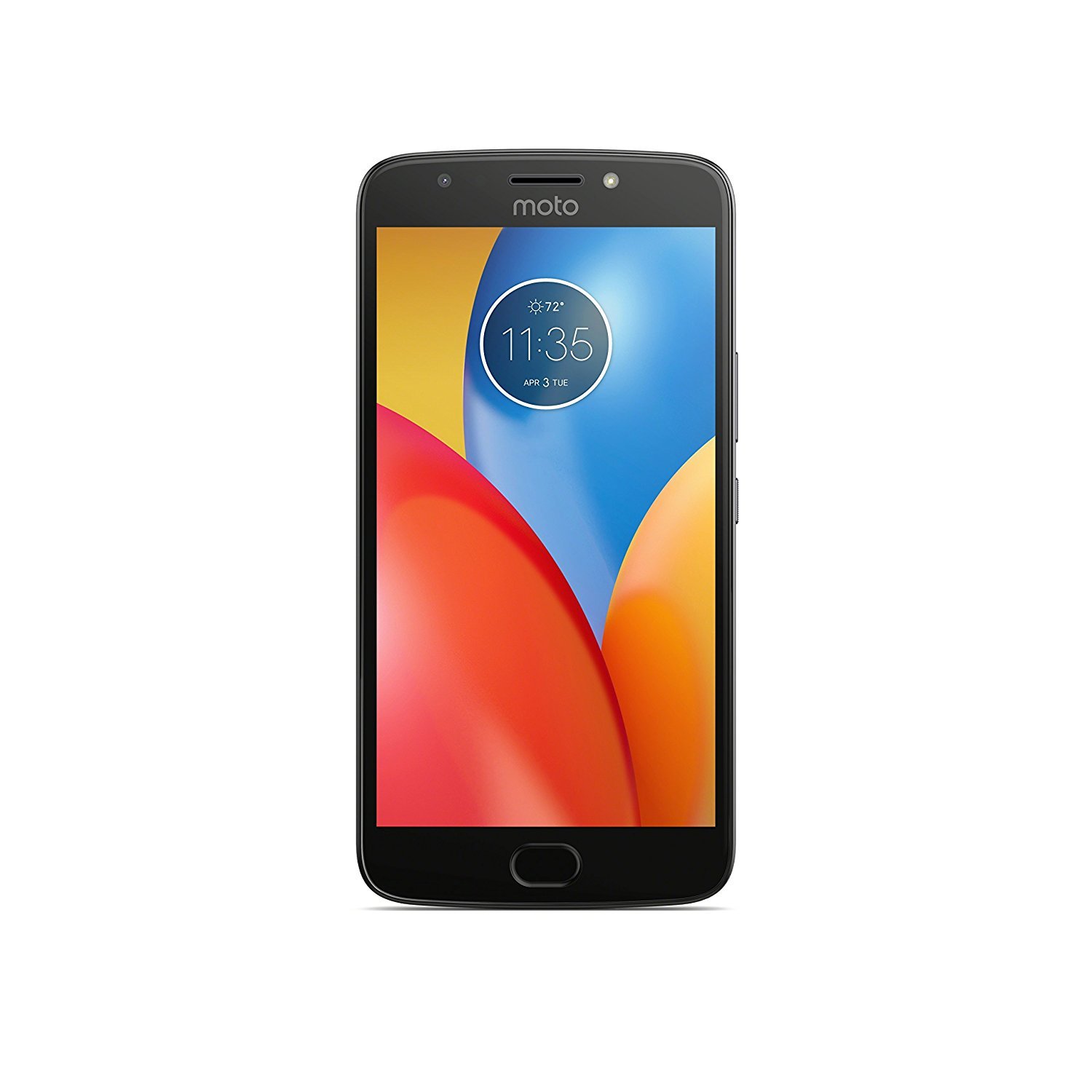