PC gaming is really two hobbies in one. There’s the side of things related to playing games: the endless Steam library curation, the experimentation with mods, the discovery of something obscure that you just wouldn’t be able to find anywhere else. Then there’s the hardware side, where sourcing components to build a rig and tweaking it hot rod-style to get the maximum performance possible is an entire pursuit unto itself.

For a lot of PC gamers, the former wouldn’t be as enjoyable without the latter. But there’s not really any need for that to be the case — it’s totally worth getting into PC gaming even if you have zero desire to plug a GPU into a motherboard yourself or scout Newegg for hot RAM deals. And one thing that’s happened over recent years is that pre-built systems have become a lot more compelling than ever before. You’ll pay more than if you build your own system, of course, but you’ll save a lot of time and often get something that would be difficult to reproduce at home.

Take Origin’s Chronos, for example. If you want an ultra-powerful gaming PC that’s only a little bigger than an Xbox — and don’t mind an entry price of over $1,200 — it’s worth a serious look.

The Chronos felt like a premium product before I even looked at the box. Origin shipped it to me in a heavy-duty wooden container that I eventually managed to open with the assistance of a power drill. Once extracted from its ostentatious packaging, which of course includes a free T-shirt, the Chronos revealed itself to be an attractive, minimalist PC that I wouldn’t be embarrassed to put on display anywhere. My unit’s case has been painted white with red trim, which happens to match my apartment’s decor well, but Origin offers several customization options to suit your personal taste.

You can place the Chronos in whatever position you like

The advantage of a compact, good-looking PC is that it frees you up to place it almost anywhere. If the Chronos were a console it’d be considered pretty chunky — at 11.75" in height and 4" in width, it’s just slightly bigger in all dimensions than an original Xbox One. But considering the power inside, it’s very diminutive, and far more flexible than most PCs. One neat aspect of the design is the magnetic rubber feet that can be attached to almost any side of the metal case, meaning you can place the Chronos in whichever horizontal or vertical configuration you like. It was easy to slot under my TV or on my desk, and the system isn’t big or heavy to the point that moving it around became impractical. The Chronos isn’t entirely free of gamer bling, however: there’s a GPU-shaped window that exposes the Nvidia graphics processor inside, and on my unit the whole window lights up bright red when the system is turned on.

The unit shipped to me is based around an Asus Z170i Pro Gaming motherboard with an Intel Core i7 6700K Skylake processor, an 8GB Nvidia GTX 1070 Founder’s Edition GPU, 16GB of DDR4 RAM, a 250GB Samsung 850 Evo m.2 SSD paired with a 2TB hard drive, Origin’s own Frostbyte 120 liquid cooling system, and a 450-watt power supply. You get a total of 10 USB-A ports with varying capabilities — no USB-C or Thunderbolt 3, unfortunately — along with HDMI, DisplayPort, ethernet, and the standard PC audio in/out array. There’s even a split purple and green PS/2 port. You also get one extra HDMI and three DisplayPort inputs through the GTX 1070 itself.

Origin gives you lots of options when ordering, and the Chronos' GPU selection ranges from a GTX 1050 Ti all the way up to Nvidia’s brand-new 12GB Titan Xp. You couldn’t order my exact review unit today, though — I received it just before Intel launched its desktop-class Kaby Lake processors, which Origin now offers as standard. But configured as close as I could get it with the current options available, a similar Chronos would cost somewhere in the region of $1,892. The cheapest model possible, with an i3 processor, GTX 1050 Ti GPU, 8GB of RAM, and — sadly — no wooden shipping crate, would set you back $1,233, which feels very expensive for the specs. If you're fine spending that much on the Chronos itself, you probably shouldn't skimp on the components; just spending the extra $283 to upgrade to a GTX 1070 and $65 to an i5 would go a long way.

What these specs mean in practice is that my Chronos unit is an ultra-solid performer. The GTX 1070 is really the key, here — at this point it’s right in the middle of Nvidia’s range, but as the owner of a higher-end GTX 1080 myself I found little difference in practical use. Right now the extra headroom of the 1080 and 1080 Ti only really come in useful if you have a high refresh rate monitor or for things like 4K and VR supersampling, where you need the ability to push as many pixels as possible. The faster cards should also last a while longer before you’ll want to upgrade, of course.

Nvidia’s GTX 1070 is a great choice for the Chronos

But in 2017, on my 21:9 monitor with a pixel count above 1080p but below 4K, it’s hard to hit the 1070’s limits. Games like Rise of the Tomb Raider and Doom ran effortlessly at 60 frames per second with the highest graphical preset, and I had no trouble playing advanced VR titles like DeadCore and, amusingly, Chronos at full blast either. On 3DMark’s challenging "Time Spy" DirectX 12 benchmark, the Chronos scored 5,514 — that’s below the 6,733 that 3DMark recommends for 4K gaming, but well above the 3,362 stated as the baseline for the HTC Vive and Oculus Rift. I would say that the GTX 1070 is probably the best balance of cost and performance that you could find in a GPU right now, and it’s a great choice for a PC like the Chronos. And, while the Chronos would be loud for a games console, its heat and noise output are surprisingly low for a gaming PC of this potency.

Until recently, the best-known example of this type of machine was the slightly smaller Alienware X51, which Dell discontinued last summer. I owned one about four years ago and liked it — it did the same job of offering strong performance in a roughly console-sized chassis, and the engineering was impressive. But it didn’t stand the test of time as well as this Chronos ought to. The power supply was too weak to handle serious GPU upgrades, and it was physically difficult to fit a powerful card in the case in the first place; Dell never offered truly high-end stock options. I think if you’re going to spend extra money on a pre-built PC, the Chronos design represents a better compromise — it’s a little bigger than the X51, sure, but it gives much more power out of the gate and more flexibility down the line.

And, coming right after Apple admitted its Mac Pro design was failing many advanced users that require high-performance GPUs, it’s worth pointing out that the Chronos is fantastic when used simply as a Windows 10 desktop computer. The SSD performance in particular stands out, with speedy boot times and an overall sense of responsiveness that I’m not used to from my own PC. It’s a totally different class of machine to a Xeon-powered workstation like the Mac Pro, obviously, but Apple would make an awful lot of people extremely happy if it were to release something with a similar size, shape, and spec sheet to the Chronos. (People have fantasized about such a product, hypothetically dubbed the xMac, for pretty much the entirety of the 21st century.)

If you’re concerned about price versus performance, the Chronos is not for you. And personally, I don’t disagree — I myself put a more powerful computer together for a little less last summer. But the Chronos is prettier, smaller, and quieter than my PC, and not everyone is interested in digging through lists of components, and hey — time is money. The time Origin spent assembling this computer and making sure it works well is worth something to whoever is happy to spend money and save time.

Like I said before, PC gaming is two separate hobbies. If you don’t want to dive into the technical side of things but do want an attractive, made-in-the-USA machine fully capable of exploring the most vibrant gaming platform in the world, the Chronos is a great option if you can afford it. It shows the flexibility of the Windows ecosystem at its best: a strong product from a boutique manufacturer who has a specific user in mind.

Our review of Origin PC Chronos 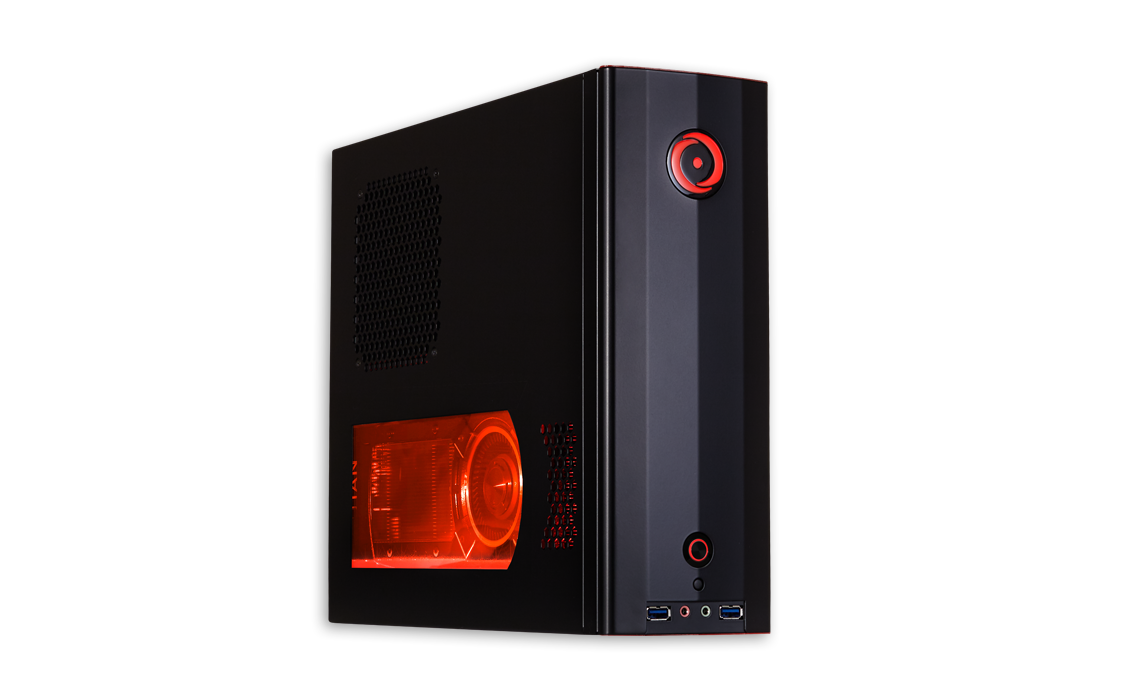