Share All sharing options for: Oppo O-Free review: the $100 AirPods for Android

There are a lot of wireless earbuds on the market at this point, but none have quite matched the experience of Apple’s AirPods yet. The combination of well-designed case, excellent battery life, and seamless software (with iOS, at least) makes them the wireless earbuds to beat.

Almost every competitor has aimed to take on the AirPods indirectly by focusing on their weak points — the one-size-fits-most-ish design and the lack of sound isolation. Oppo’s new O-Free earbuds, however, go further than any other in attempting to play Apple’s game. These are the closest thing you can get to the AirPods-on-iOS experience without owning an iPhone, with similar hardware design and sleek software integration.

They’re not quite as good, unfortunately. But it’s a valiant effort anyway.

The O-Frees come with Oppo’s Lamborghini Edition of its ambitious Find X flagship phone, along with the incredibly fast Super VOOC charger I recently tested. They’re the first product to use a new Qualcomm chipset called the QCC3026, which is designed to make it cost-effective for manufacturers to include wireless earbuds alongside phones. The Find X Lamborghini Edition costs €1,699 ($1,950) and the O-Frees sell for 699 yuan ($100) alone, so we’re not quite there yet, but it’s a start.

Our review of Oppo O-Free 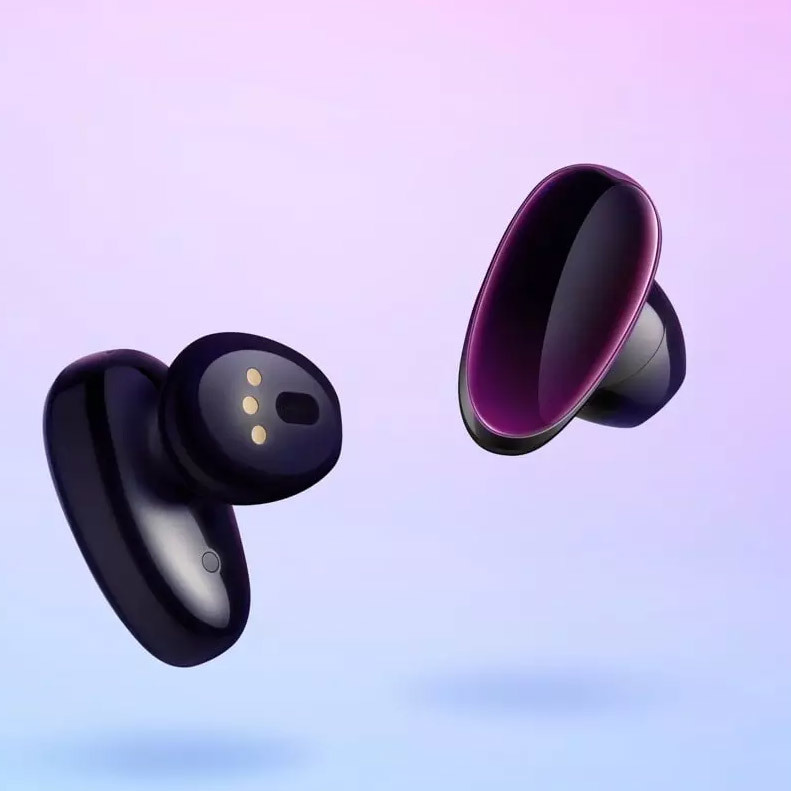 Like the AirPods, the O-Frees are designed around a hard plastic shape that will either fit your ears or won’t. There are no silicone tips to help with sizing or sound isolation, so if you don’t like that about the AirPods, you won’t like these much either. But the design does allow for a smaller case and makes the buds more comfortable and practical to leave in your ears throughout the day, which is actually one of my favorite things about both products. It’s really convenient to just have them in your ears ready to go when you need to listen to something without blocking out the entire rest of the world when you don’t.

O-Frees don’t sit in my ears quite as comfortably as AirPods, however. While the AirPods feel safely anchored by the stem that follows the contour of my head, the O-Frees have bulbous protrusions that stick out a little further from the ears, making it harder to forget I’m wearing them. They are at least smaller than most competitors, and I personally think they look better and less conspicuous than the AirPods. I do, however, continue to find it weird and janky for any device that you put into your ears to have exposed electrical contacts; the gold components used for charging rest right against your skin. (And my girlfriend thought the O-Frees looked “even more ridiculous” than the AirPods, so I can’t promise anything with regards to personal style.)

Where there won’t be any room for debate is the fact that the AirPods just sound way better than the O-Frees. The AirPods might be useless on a plane or a train, but I do really like their sound reproduction in quiet places, and these Oppos are just worse all around. I’d describe their sound as comparatively much thinner, with harsher treble and weaker bass. They’re not terrible, and do a fine job of reproducing well-balanced production — Giles Martin’s fantastic new mix of The Beatles’ “Back in the U.S.S.R.” sounds great on the O-Frees, for example. But anything louder, like modern pop music or metal, feels one-dimensional underwhelming.

I wouldn’t use the AirPods for critical listening, and the O-Frees are similarly better suited for casual listening to podcasts, YouTube videos, and so on. For that purpose, they replicate the AirPods experience pretty well — often to the point of outright imitation. Open the case near the Oppo Find X and you’ll see a near-identical pop-over that allows you to connect or check battery information, saving you a trip to the phone’s Bluetooth settings. Oppo has also emulated the AirPods’ tap-an-earbud-to-pause feature, as well as the ability to pause audio by taking one bud out of your ear — I found this very unreliable, however, with playback failing to resume around half the time. I don’t know what the problem is, but there’s no point copying a feature if you can’t get it to work properly.

Oppo rates the O-Frees as having around four hours of battery life, with three recharges provided by the case. That’s not as long as the AirPods’ stated 24-hour total, but I did at least find the O-Frees to last as long as Oppo claims, and I think 16 hours total is pretty good for this sort of product.

As for the Qualcomm QCC3026 chip, I found it to deliver mixed wireless performance in the O-Frees. Range was very good, likely aided by Bluetooth 5.0 support — I was able to leave the Find X on my desk and go up two floors to my roof without interrupting playback, which I can’t do with the AirPods. The audio delay when watching video is brief enough to ignore, which often hasn’t been the case with cheaper wireless earbuds. But the basic connectivity wasn’t as solid. Sometimes I’d hear one bud degrade in quality for a period of time, and on other occasions I’d hear both glitch out together. The AirPods suffer from similar problems, too, but in my experience those failures are nowhere near as frequent.

Great range, but not glitch-free

Given the choice, I would much rather find the O-Frees when opening a smartphone box than the Lightning EarPods or cheap 3.5mm buds I’m used to ignoring altogether. And if that’s a situation we’re likely to see in the future on phones that cost less than $2,000, I’m all for it. The O-Frees aren’t as good as AirPods, but they don’t cost anywhere near as much, and “free” would be even better.

As a standalone product, though, I can’t wholeheartedly recommend them unless you happen to use an Oppo phone and would value the smooth software integration, or if you just want something as close to $100 AirPods as possible. The O-Frees are decent, but we’re clearly not yet at the point where you can get a first-class experience from something at this price level.

How China rips off the iPhone and reinvents Android

The best truly wireless earbuds to buy in 2018