Back in 2016, The Verge called the JLab Epic 2 Wireless Sport Earbuds the best headphones for running. Two years later, JLab is back with the Epic Sport earbuds, the successor to its popular headphones, and they’ve only gotten better. I’ve been testing the Epic Sport headphones for a few weeks now, and it’s clear that JLab has hit the mark once again.

The $99 Epic Sport buds sound excellent, thanks to a pair of 8mm drivers (the same ones that are in the Epic 2) that still provide a great balanced sound with strong bass. The inline controls are intuitive and easy enough to use on the go, and the customizable earbuds (six different tips and three fins come in the box) make finding the right fit easy for most people.

You can choose between three different sound profiles on the Epic Sport — Signature, Balanced, and Bass Boost — directly from the in-line controls. The sound profiles work well enough, allowing you to tinker with your listening experience on the fly. Signature, which amplifies vocals and bass, is the best profile by a large margin. After I tested out the different equalizer options the first time I used these earbuds, I never felt the need to switch from Signature again.

The new magnetic charger is an improvement over the Epic 2’s, which had a charging door over a Micro USB port that could let in sweat or water if you didn’t close it properly. The Epic Sport’s new charger is a standard USB-A instead of USB-C, which is annoying if you have a new laptop without standard USB ports, but the improved charging connection is a win overall. JLab has also improved the waterproofing on the Epic Sport, which have an IPX6 rating, compared to IPX5 on the Epic 2; that means even the sweatiest among us shouldn’t have any issues with connectivity.

Thanks to the snug fit, noise isolation on Epic Sport is pretty strong. That may be good or bad depending on how you feel about not being able to hear your surroundings when you’re out for a jog. In my testing, it’s been impossible to get these things to fall out of my ears; whether I’m running or jumping up and down, they won’t budge. Compared to some other headphones — like my trusty Beats X, which can fall out of my ears if I tilt my head too much — the Epic Sport are a major step up.

But these are all small complaints in the grand scheme of things.

Once again, JLab has the best running headphones currently available with the Epic Sport. The sound is just as good as their predecessor, they’re easier to charge, they won’t get damaged by your sweat, and if they fit your ears, they won’t fall out, no matter how aggressively you work out. When it comes to sport headphones, there isn’t much more you need. 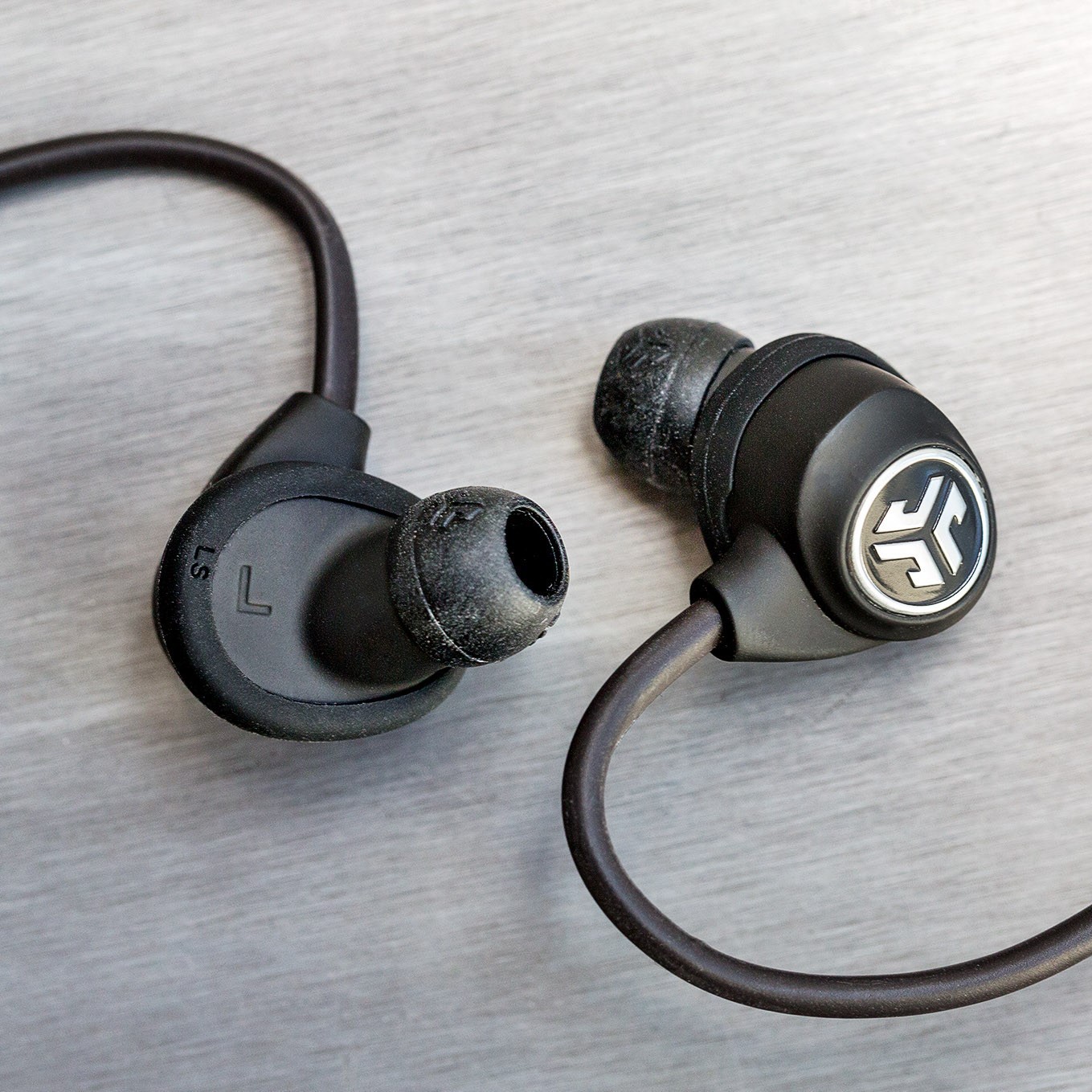