Share All sharing options for: A light can’t save Amazon’s base-model Kindle from its low-resolution screen

In a vacuum, Amazon’s latest entry-level Kindle is a solid update: there’s finally a built-in light, it has support for Bluetooth headphones so you can listen to audiobooks, and it even has a slightly tweaked design that smooths out the corners and makes it more comfortable to hold. But Amazon’s Kindle doesn’t live in a vacuum. In a world where the far superior Kindle Paperwhite exists, the new Kindle just isn’t good enough to justify the small price difference.

The new Kindle starts at $89.99, while the most recent Paperwhite starts at $129.99. Now, $40 of savings isn’t the worst deal, but the base model Kindle just isn’t worth the saved money. It comes down to one big flaw: screen resolution. 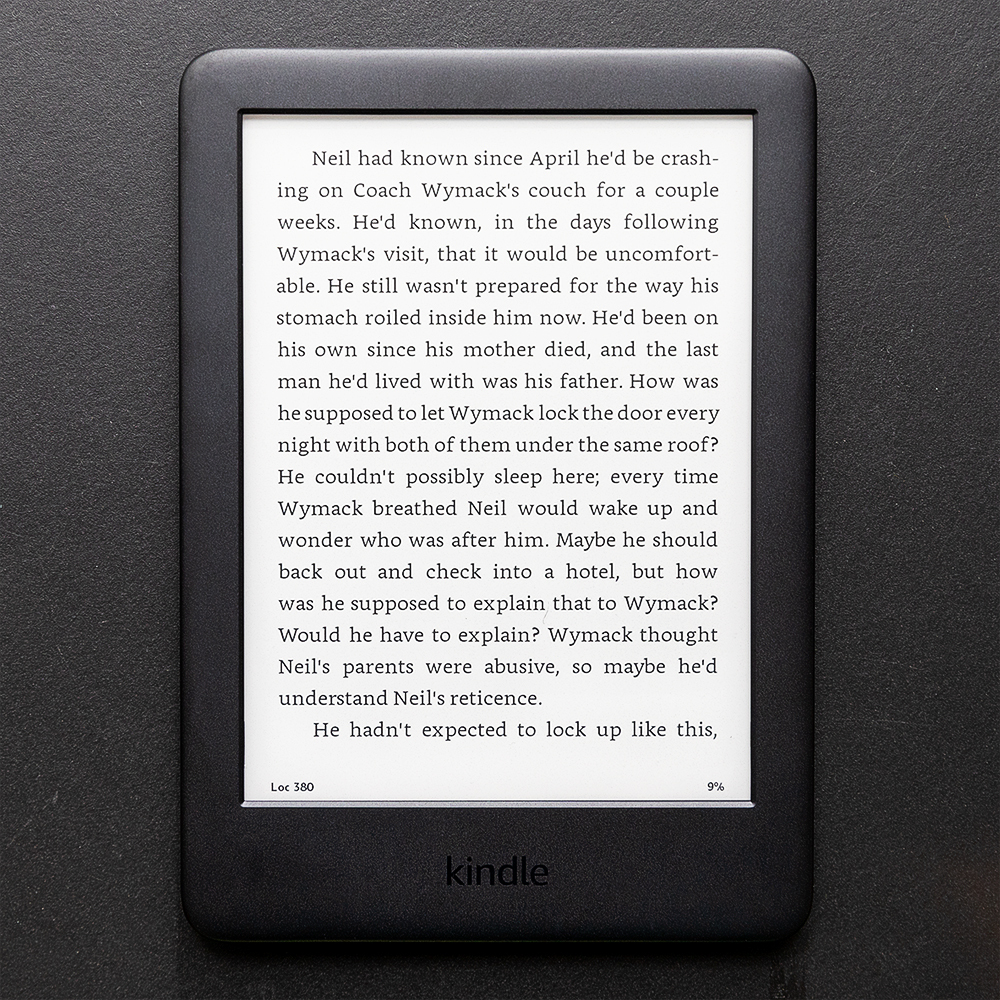 I’ve spent the last few days reading on the new Kindle, and it’s been a pretty frustrating experience. Not because the screen is bad, per se, but because I’ve gotten used to reading on better screens. So going back to the blurry text on the base-model Kindle feels like reading signs without my glasses: it’s doable, but why should you bother?

To put that difference in another technological perspective, the differences in pixel density between the Kindle and the Paperwhite is similar to that between the iPhone 3GS (163 ppi) and the iPhone 4 (326 ppi). No one who used an iPhone 4 was clamoring to get a 3GS back, and the jump between what text looks like on a Paperwhite and on a regular Kindle is as significant.

Once you’ve seen what text looks like on a Paperwhite (and other high-resolution displays, like the ones in almost every phone and most modern laptops), it’s impossible to go back, even if it’s to save $40. There’s a reason why nearly every single e-reader out there, from Amazon and from competitors like Kobo, offer higher-resolution displays: the only thing you’ll ever do on a Kindle is read text. It’s table stakes for the category, and it’s disappointing to see that Amazon is still offering the same old panel in the 2019 model when components that are nearly twice as good are available.

The new Kindle doesn’t measure up to the Paperwhite in other respects as well: the screen is still recessed instead of flush with the front of the panel, it’s not waterproof, it has only 4GB of storage, and there are only 4 LEDs in the lighting system (instead of the five-LED setup on the Paperwhite). The new Paperwhite would already be worth the extra $40 just for the display alone, but add in the rest, and there’s virtually no reason to even consider the base model.

The Paperwhite routinely goes on sale for around $90 — the same price as the base-model Kindle — so you’re much better off just waiting for a deal and picking one up then. Your eyes will thank you.