Plus Alienware mice, keyboards and monitors that might be worth your attention

Thinking of buying a new pre-built desktop gaming PC? Dell has a pair you might want to peek: the new Alienware Aurora R9 and Dell G5 Desktop, starting at $970 and $630 this week.

At its heart, a desktop computer will always be a box — and Dell’s gaming brand had built a mighty fine box for the Alienware Aurora and XPS Tower a few years back, one where you could press a button to swing the entire chassis open, power supply and all, for practically painless tool-free upgrades.

That’s why I’m going to say words that I can’t believe are coming out of my mouth: I’m glad that the new Aurora R9 is basically just a re-shell. It’s got the exact same toolless internal chassis and configuration options — up to a water-cooled Intel Core i9-9900K, 64GB of HyperX RAM and 4TB of solid-state and magnetic storage, with up to dual Nvidia RTX 2080 GPUs or a single 2080 Ti — only now with Alienware’s snazzy new “Legend” design language it pioneered with the behemoth Area-51m gaming laptop.

I like to think it looks like one of Alienware’s new notebooks slid right into a space station, 2001: A Space Odyssey-style. And Dell says the new design actually improves airflow, with ambient temps dropping four percent on average. It’ll start with a pretty modest config when it launches tomorrow for $970, though: a Core i5 with 8GB of RAM, a 1TB magnetic hard drive and an Nvidia GeForce GTX 1650 that’s pretty budget as far as gaming GPUs go.

If you don’t need liquid cooling, a fancy PSU swingarm and room for two graphics cards, though, you can get most of the same range of parts in an even smaller, cheaper box: the new Dell G5 Desktop. It’s the one with the jagged edges and blue lighting strips you see below, and it’s the spiritual successor to Dell’s Inspiron Gaming desktop. At roughly 19 liters, it’s a pretty small tower that can pack a punch, with up to an i9-9900K, RTX 2080, 64GB of RAM and 3TB of combined solid state and magnetic storage.

Alienware is also announcing a set of new gaming mice and keyboards at this year’s Gamescom, too. Alienware says it’s managed to put a lithium-ion battery in its AW610M wired/wireless gaming mouse that can last for 350 hours on a charge, something I believe we’ve only ever seen on wireless-only mice that use a pair of AA batteries. (Specifically, Logitech boasts 500 hours from its G603, and Razer says you can get 350 hours when using the Razer Atheris.) And yet it’s still got a 1,000Hz polling rate when unplugged — typically a sign that a wireless mouse will operate as quickly as wired. 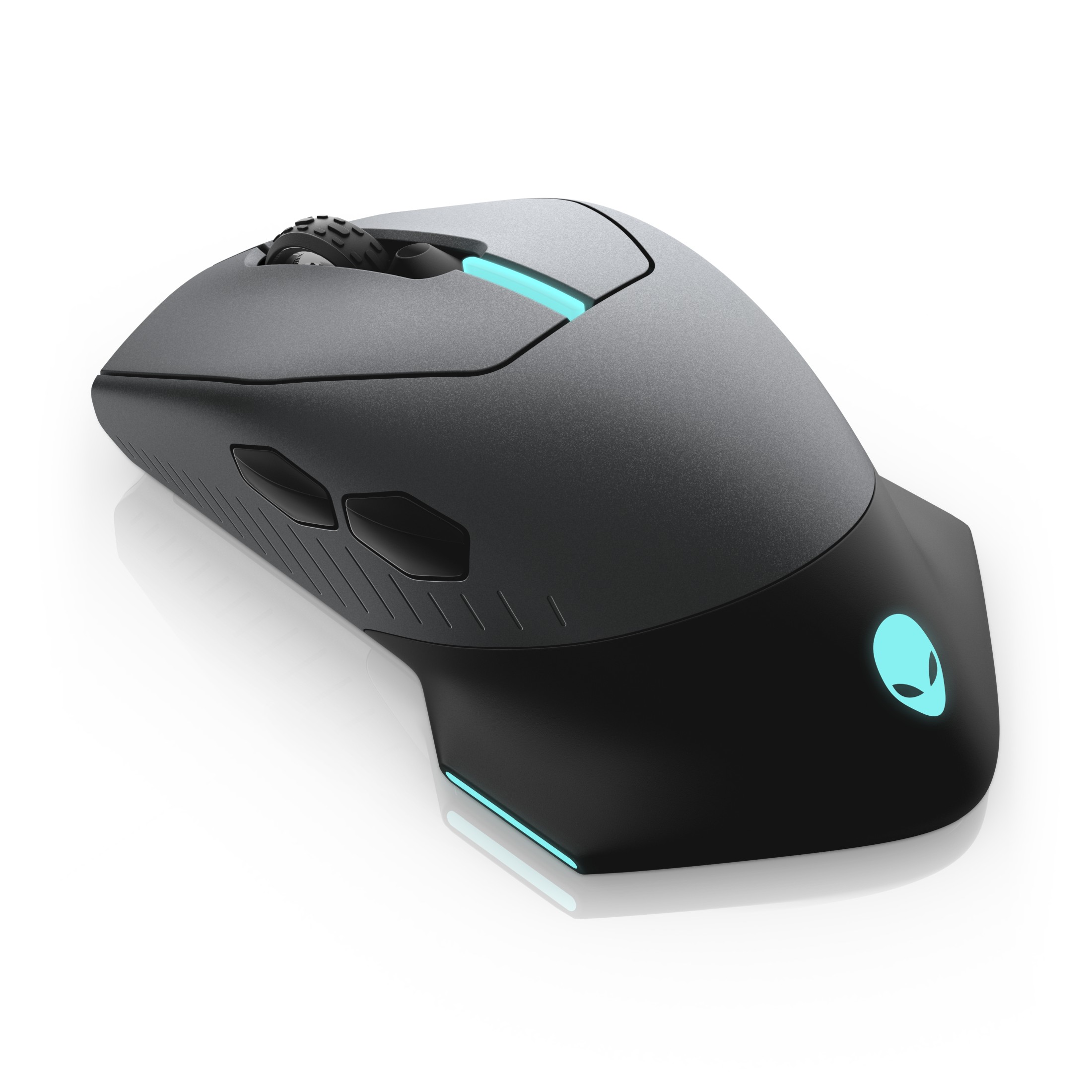 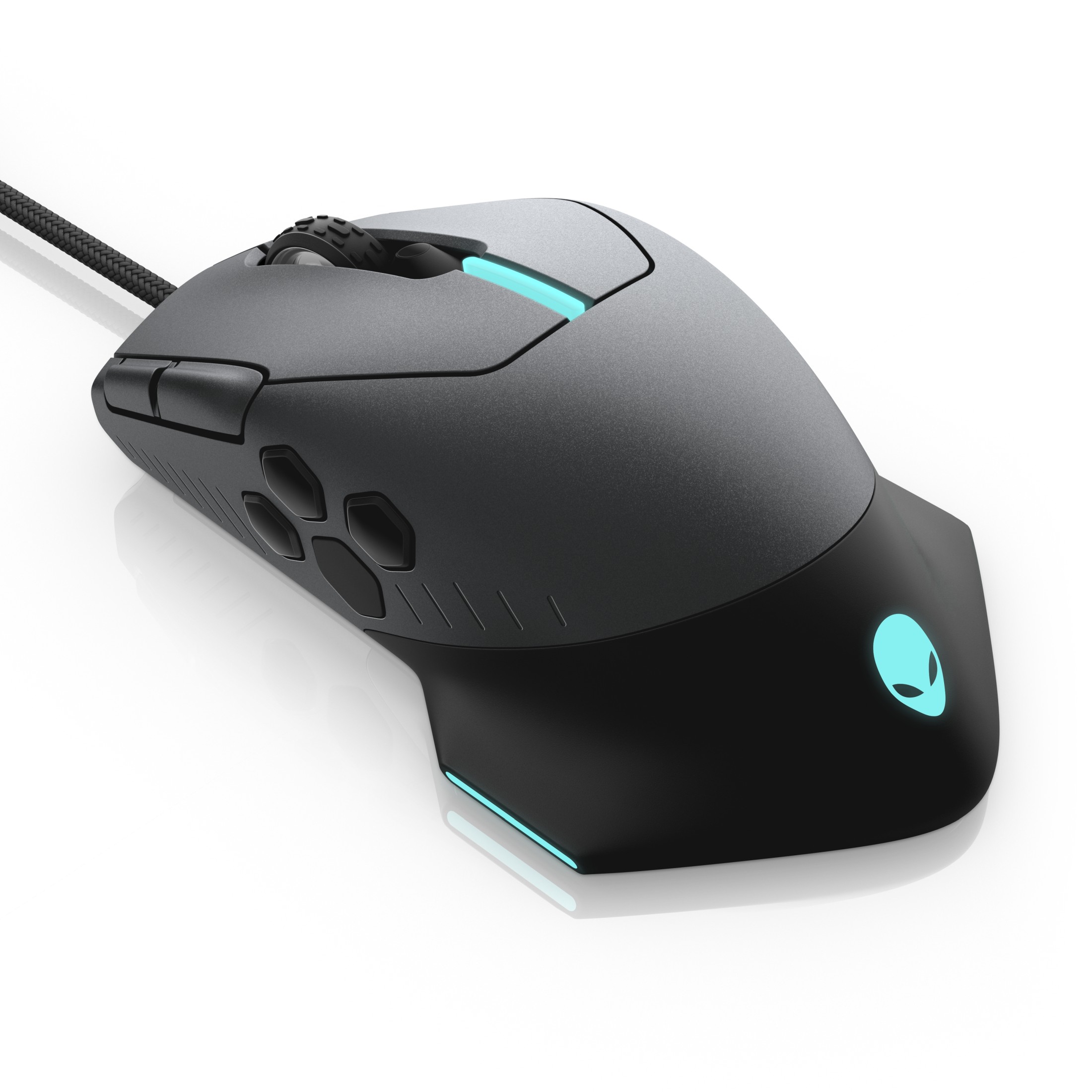 The more expensive, wired/wireless AW610M has far fewer buttons. Not sure why.

Plus, both the AW610M and its wired RGB-lit sibling the AW510M offer a dual-mode scroll wheel that can transition between 12 ratchets and 24 ratchets per spin; you don’t normally find dual-mode scrolling outside of Logitech’s proprietary free-spinning dual-mode wheels. (It’s handy to have a gaming mouse that can also scroll through webpages and documents quickly when it’s time to work.) These mice use a 16,000 DPI PixArt sensor, in case you’re curious.

The AW610M and AW510M will cost $100 and $75 respectively, with a wireless-only AW310M — which claims 300 hours of battery life from a single AA — starting at $63 when they go on sale tomorrow, August 20th. You’ll also spot a pair of Alienware mechanical keyboards below, the $100 AW310K and $160 AW510K — the latter of which adds RGB lighting and low-profile Cherry MX Red switches and keys to justify its higher pricetag. 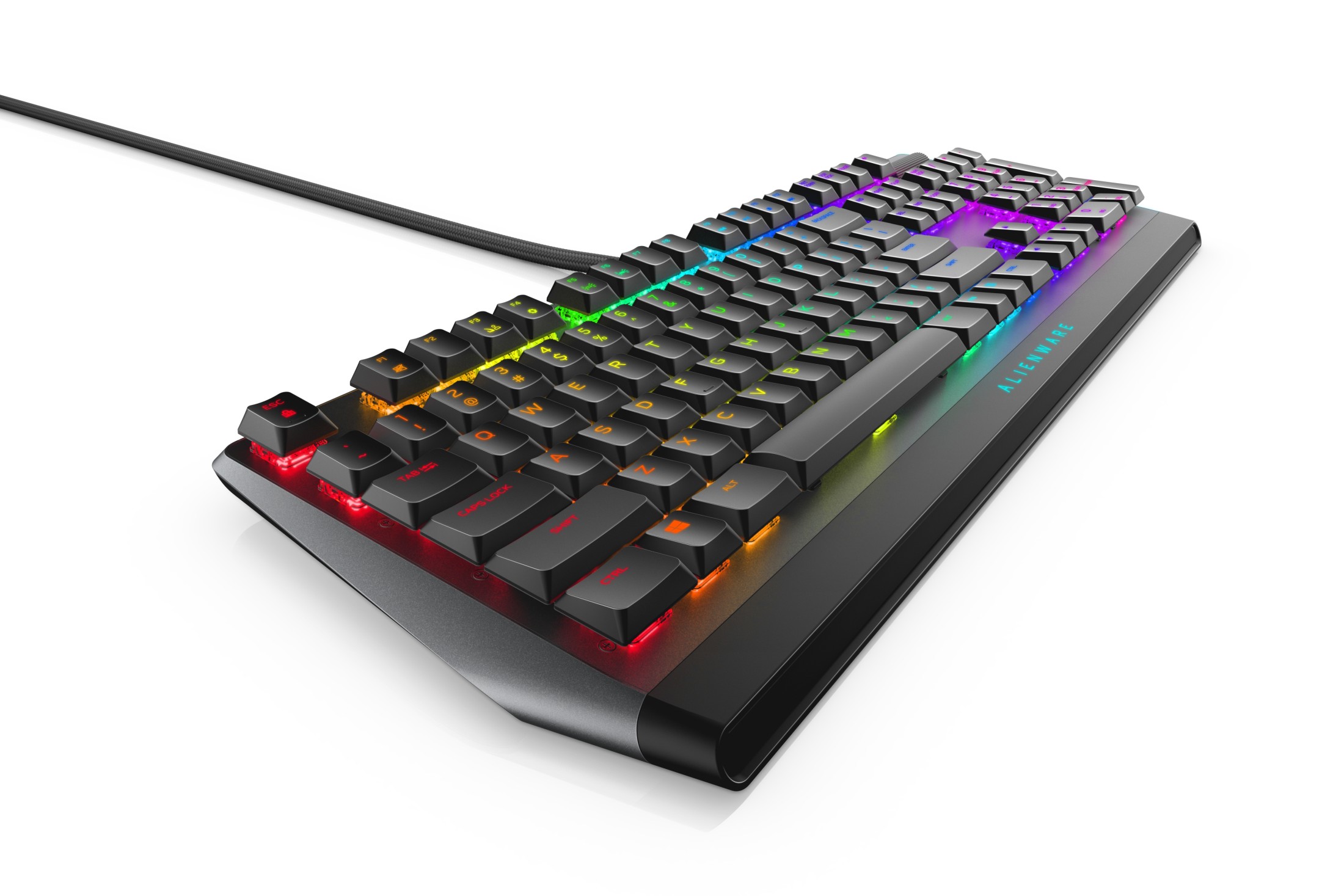 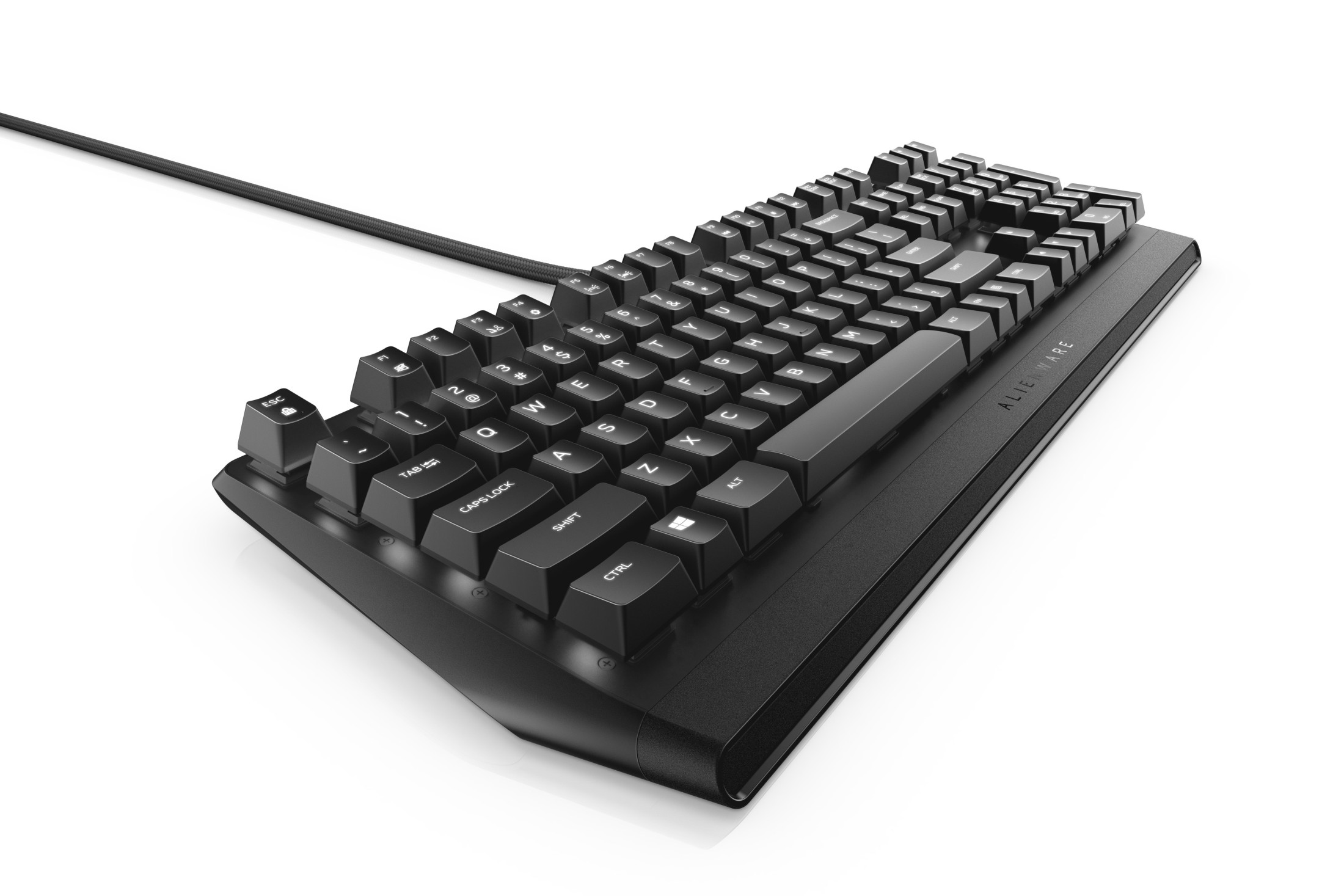 Much higher key height on the less expensive AW310K.