Origami, but make it a phone

The first wave of foldable devices are here, and honestly they’ve tended to be a bit... disappointing. But even as hardware companies are still trying to get flexible displays right, TCL is already looking ahead with a pair of foldable and rollable prototypes that imagines what the future of phones could look like.

TCL had two new prototypes to show off: a trifold device that can unfold from a 6.65-inch phone into a full-size, 10-inch tablet, and a very early concept for its sliding, rollable phone that leaked in February (which wasn’t actually a functional device, but rather a dummy unit, complete with a paper screen).

TCL actually showed off the trifold tablet / phone at CES, but it wasn’t functional then. The unit I got to try was — for a generous definition of “functional,” anyway. It turns on and it has a working foldable screen that runs Android, at the very least.

It’s still very much a proof-of-concept device, but with a working unit, you can start to get some ideas of what those concepts are. Unlike the Galaxy Fold or the Huawei Mate X, the trifold is arguably the first model that highlights the initial promise of a foldable device: it turns a phone into a tablet, not just a wider phone.

Fully unfolded, the trifold has a 10-inch screen — bigger than a full-size 9.7-inch iPad. You can start watching a video on the smaller, regular screen, then pop it out to the more enjoyable tablet mode without carrying around a second device. Open the calendar app on “phone” mode and see your day’s schedule; expand it to tablet to see your whole month view. Even the halfway “two-screen” mode is interesting: it feels perfect for reading an ebook on two pages and can be easily propped up using the “third” screen as a stand.

The prototype leverages tons of TCL’s experimental tech, from the folding display itself to two different types of hinges: one fold uses the company’s DragonHinge setup, while the other uses a “ButterflyHinge” to achieve two completely flush folds.

But the trifold shows just how hard it’s going to be to turn these ideas into reality. The unit I used was incredibly heavy for a phone, thanks to the big metal hinges and the three separate batteries it needs to power all that display space. Though the tablet is thin when fully unfolded, the “phone” mode is super thick: it’s basically three phones stacked on top of each other. From head on, it might have the same dimensions of a regular phone that you can fit into your pocket. From the side, though, it’s tough to imagine actually carrying this around like a normal phone.

That’s all before you worry about things like software, which is basically nonexistent on the current concept device. Having the hardware to transition between phones and tablets is a good start, but you’ll need compelling apps to actually use on a device like this and which can easily switch between the three different sizes of display (something that Android in particular has struggled with, especially when it comes to tablets). Google is supposedly working on making Android better suited to devices like this, but it has a long way to go before its ready for primetime.

And then, there’s still the major issues that have plagued every foldable device: durability and price. Even for a prototype unit, the trifold felt really fragile to use, and adding a second hinge means that there’s now twice as many points for potential failure. There’s also the question of price: if current foldable phones are already crossing the $1,500 mark, just imagine how much a trifold phone might cost. 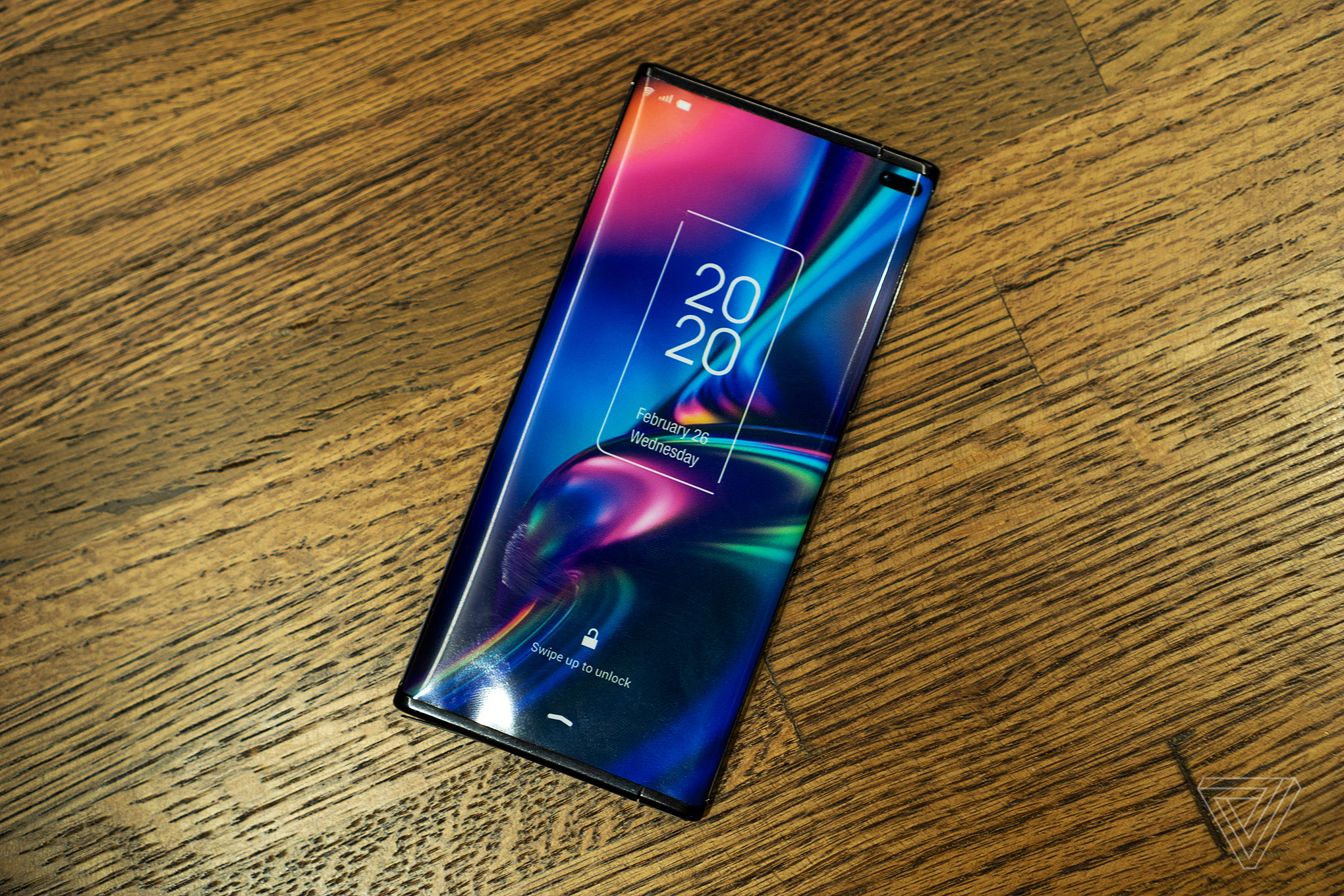 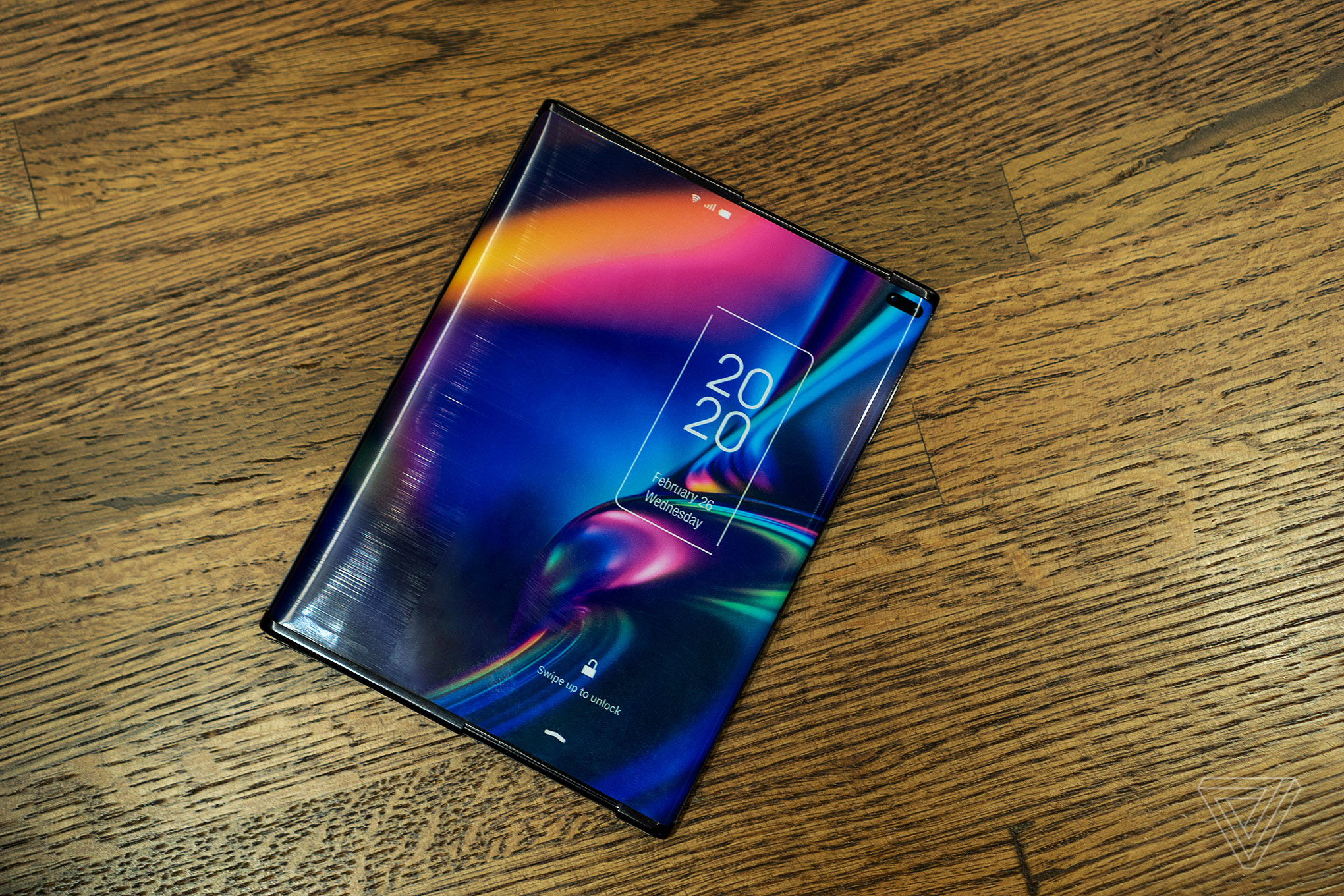 TCL’s other concept device — the rollable, sliding mock-up — is allegedly meant to help solve some of those issues. But if the trifold is an early, proof-of-concept prototype, then the sliding phone is even less real. The “unit” I got to see was a nonfunctional dummy unit with a paper screen, although TCL did have a video of a proper, motorized model that it says it has working in a lab in Japan.

Is it a good idea? Who knows?

Is it a good idea? Who knows? It avoids some of the issues of current foldables like easily breakable hinges and creased displays. But it’ll almost certainly have big issues of its own, too. How do you deal with a display that now needs to be flexible across a wide area and not just a single folding point? What’s stopping dirt or debris from getting inside the phone where the screen slides out and damaging the mechanism?

But again, neither of these devices are meant to be actual products at this point. TCL isn’t saying when — or even if — you’ll be able to buy either of these phones. Nor is it clear that even if TCL does make foldable products down the line, they’ll look anything like these prototypes. The company says that it’s experimenting with dozens of different form factors — we’ve already seen another design for a more traditional book-style fold at CES.

But phones have basically looked the same for over decade: black boxes with touchscreens. Devices like the trifold or the sliding concept — even if they’re not here yet — show off what the future of phones might look like. And while the challenges to making these phones are unquestionably real, it’s still exciting to see that we’re getting closer to a world where they might soon be a reality.