Unless AMD actually sells them for $479, of course

AMD and Nvidia are pretending they live in a fantasy world, one where you can buy a state-of-the-art graphics card for under $700. Heck, a fantasy world where you can buy a new AMD GPU at all — though AMD has repeatedly promised it would stock additional RX 6800 and RX 6800 XT graphics cards at its website for $579 and $649 respectively, I’ve seen no evidence the company has ever replenished those supplies since those cards first debuted four months ago.

Today, the company’s launching a GPU that might change that: the $479 Radeon RX 6700 XT. AMD tells The Verge it will have “significantly more GPUs available” when it goes on sale tomorrow morning. If that’s true — if this is the moment the clouds part, the GPU shortage recedes, and you can actually buy a RX 6700 XT for $479 for even a limited time — you absolutely should. It’s a solid performer at 1440p.

But amusingly, in the fantasy world where we’re pretending a $400 GeForce RTX 3060 Ti and $500 RTX 3070 still exist, the RX 6700 XT actually feels outgunned. It’s not the clear-cut Nvidia competitor you might have hoped for. 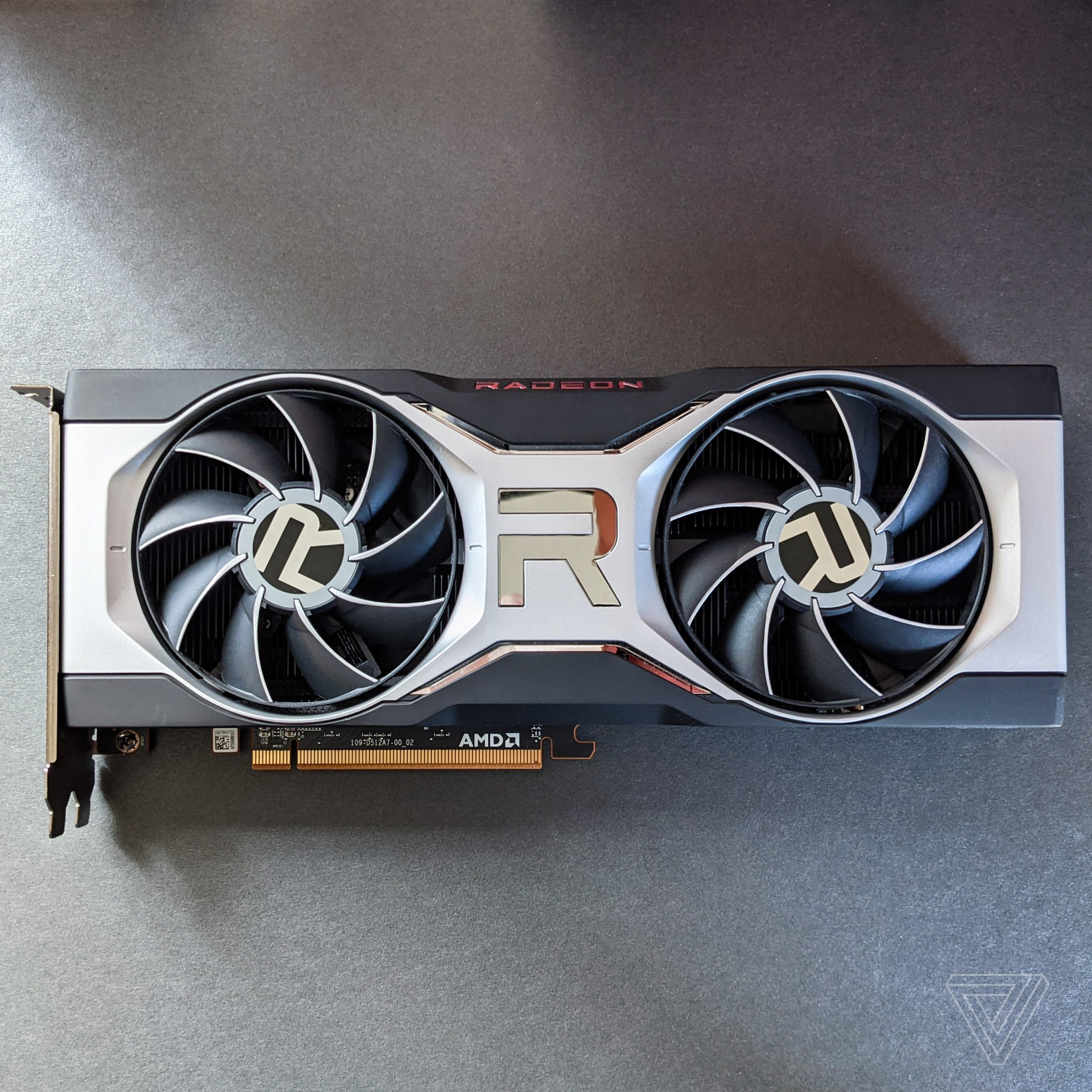 So in our fantasy world where those prices held, this would be the lay of the land:

But running AMD’s card through my 15-game gauntlet on my own 1440p monitor, AMD’s new card sometimes lost to Nvidia’s 3060 Ti — sometimes by a lot — and it can even lose to Nvidia’s vanilla $329 RTX 3060 in tests where I had ray tracing turned on.

Frames per second; all games tested at highest graphical preset unless specified.

As you’ll see in the chart above, AMD does notch some wins, and in many cases lives up to its promise of maxed settings at 1440p. Shadow of the Tomb Raider looks glorious on my G-Sync / FreeSync monitor at an average 105 frames per second with all the eye candy turned up, and the difference between 120 frames and 114 frames in Call of Duty: Warzone at max settings (probably) isn’t worth quibbling about.

With a beefier processor, you should be able to get 60+ frames per second in a maxed-out Cyberpunk 2077 experience, too — I’m still testing with my old Core i7-7700K, which is more than good enough for most of the games on this list (SotR shows I’m 100 percent GPU-bound), but a few titles like Microsoft Flight Simulator and Cyberpunk are still notoriously CPU limited and more cores could help. As another example, my colleague Tom Warren saw identical framerates to me in Watch Dogs: Legion and Metro Exodus pairing the 6700 XT with a far newer Intel chip, but slightly higher in Assassin’s Creed Valhalla.

But look at Valheim. Look at Assassin’s Creed Odyssey. Look at Control. How is AMD underperforming or merely tying these lower tier cards? Things aren’t any rosier at 4K resolution, in case you’re wondering: while I still recommend Nvidia’s 3070 for entry-level 4K, the 6700 XT just doesn’t have the same oomph. In games like Control and Metro Exodus, I had to drop the settings to a comparatively dull “low,” where the 3070 managed to play those games at 4K and medium-spec without trouble. And of course, AMD doesn’t yet have a DLSS competitor if you’re a fan of AI-upscaled resolution.

It’s not like AMD is winning in any other particular way, either. While I’m actually fond of the company’s new two-slot design (clearly inspired by a certain late 1960s muscle car) and I don’t hugely mind going from three to two axial fans, the RX 6700 XT is just as chunky and nearly as power-hungry as the RX 6800 (230W vs. 250W) without as much to show for it. AMD still recommends a 650W power supply, a pricey proposition for those of us with tall PC cases, and you’ll need both 6 and 8-pin PCIe connectors, while Nvidia’s comparable cards make do with a single 8-pin.

I also saw the 6700 XT hit 89 degrees Celsius on one occasion. While I don’t have enough evidence to say that’s a problem, I’ve yet to see Nvidia’s 3070 cross 82 degrees C even with my case fans unplugged.

But as I alluded to in my intro, very little of this will matter if you can actually find this card for $479.

If you think that sounds unbelievable, hear this: the street price of the RTX 3060 Ti and RTX 3070 are now approaching $1,200 each. People are paying triple for what should have been Nvidia’s bang-for-the-buck graphics card now, and the launch of a “$329” RTX 3060 didn’t slow that at all.

To me, this indicates two things: First, AMD probably isn’t going to be able to make anywhere near enough RX 6700 XTs to hit anywhere near that $479 price for the vast majority of buyers, even if it produces “significantly” more cards. I wouldn’t expect today to play out any differently than any previous GPU launch since the pandemic began. It’s a well-established pattern now. Second, none of these fantasyland prices will necessarily keep the RX 6700 XT from being a hit if the supply is there. As you can see from the similar street prices for the 3060 Ti and 3070, the market has a way of balancing prices out.

If you miraculously see this card for its list price, buy it, because you won’t get anything better for anywhere near that price in the near future. But it feels inferior to every Nvidia GPU that can compare — and I wouldn’t trade my 3060 Ti for one.