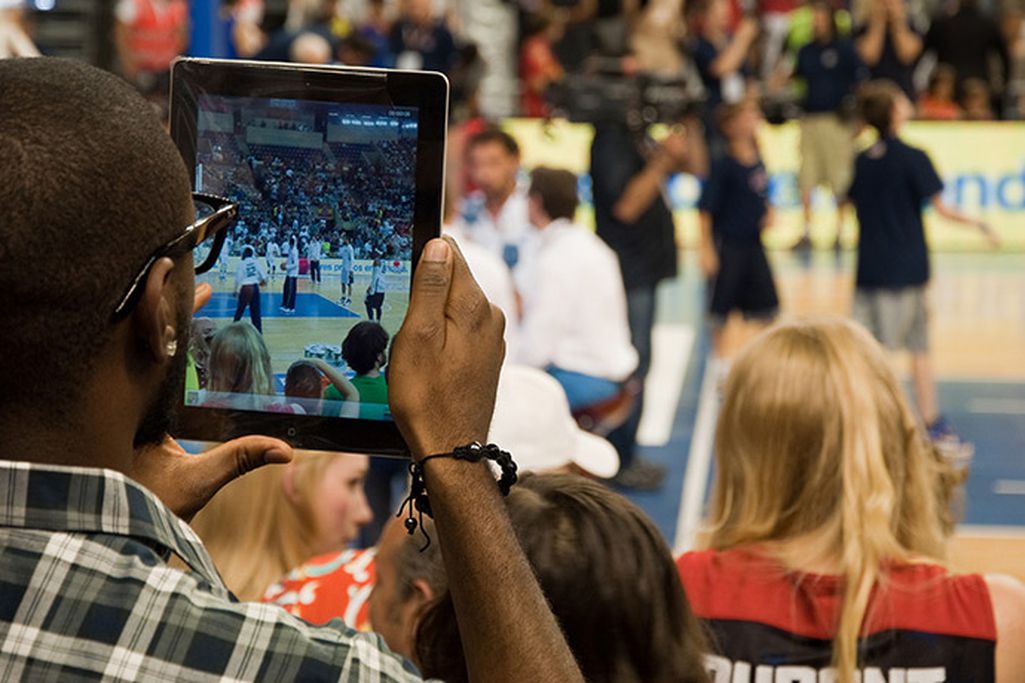 Think of the most iconic sporting moments of the past couple of decades and then try to find the one thing they all have in common. That's right, it's the camera flashes. Like popcorn kernels hitting just the right temperature, cameras in the crowd explode with light as fans try to record those breathless moments that they'll one day be telling their grandkids about. As an expression of cultural togetherness, these synchronized photography sessions are great, but there's just one little problem: every one of those flash-"assisted" photos was a bad one. Conventional flashes are only meant to be used within a range of about 10 feet, not from the third deck of a giant sports arena.

More recently, the rise of the cameraphone has brought about its own baneful consequences, worst of which is the habit of recording video in portrait orientation. I watched the Olympics opening ceremony in a state of distress as LeBron James walked along the athletics track, joyously recording everything for posterity with an upright iPhone in hand. Why, LeBron? What on earth are you going to watch that 720 x 1280 video on, your 90-degree-rotated plasma TV? 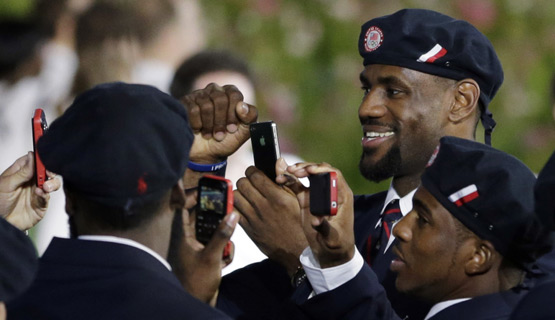 This year's Olympics has also signaled a new low in the fast food approach to picture taking with the proliferation of iPad photographers. Seriously, people are documenting the Olympic Games with a mediocre camera on a 10-inch tablet. I find the whole thing dispiriting because amateur photography can be, quite literally, a beautiful thing.

Blame surely rests on the user's shoulders — and the US basketball team contained only a few of a huge number of offending Olympians — but camera and phone makers haven't been helping things either.

The reason most of us trust the compact camera to "know what it's doing" is typically down to the overly fussy and complex control schemes we're presented with. We get scared off by the multiplicity of toggles and dials and just don't bother using them. If you didn't need to adjust anything to photograph dinner last night, why should things be any different when you're trying to capture Usain Bolt stepping into the blocks?

Considering the sophistication now built into cameras by default — they're capable of smile detection, red-eye reduction, color isolation, image stabilization, and other fancy tricks — you'd think their makers would have figured out by now that automatically disabling the flash when the focal distance approaches infinity would be a good idea.

With phones, the cause is the converse of dedicated cameras but the effect is the same: there are so few options to tweak that we again vacate our roles as guardians of good judgment and just do the most convenient thing. Unfortunately, even though every phone's accelerometer "knows" when it's held in portrait mode, no camera software yet issues a warning when the user starts to shoot video — even though a landscape recording is preferable 99 percent of the time.

Beyond the realm of sports, popular as it may be, the commoditization of cameras has also allowed us to engage in grassroots journalism on an unprecedented scale. Just like the Olympics of 2012, London's riots of 2011 and the Occupy Wall Street protests were utterly saturated with hand-shot footage and photographs documenting what happened. It's for the proper accounting of these momentous events, both the good and the bad ones, that we should strive to do better when capturing the world around us. 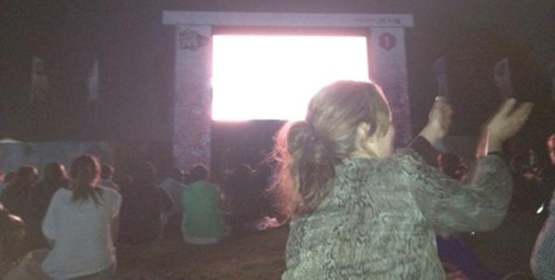 The Olympics is supposed to be a celebration of amateurism — admittedly it's evolved into a highly commercialized form of amateurism, but that's still its heart and soul — and we're all failing to engage in that spirit so long as we conspire with the industry to allow our cameras to pop their flash unnecessarily or our phones' ergonomics to dictate which way we record video.

Doing things the right way really isn't as daunting as it sounds, and guys like The Guardian's Dan Chung and sports photog Nick Laham have already shown that using an iPhone needn't prevent you from producing professional quality results. I doubt that the Super Bowl kick-off will ever become a flash-free affair, but maybe with smarter software and a little practice we could better document the next great shared human experience for the generations that won't get to see it in person.

Thomas Ricker contributed to this article.