Special Vampires Unit: Guillermo del Toro's 'The Strain' is 'CSI' with the undead

Special Vampires Unit: Guillermo del Toro's 'The Strain' is 'CSI' with the undead

Even Nazi bad guys can't save this forensic vampire show

It's taken almost a decade, but Guillermo del Toro finally has his chance to call a mulligan on the civilized millennial vampire. In the prolific monster maker's first TV show, The Strain, vampires don't look like pop stars and sip blood from champagne flutes; they rip your throat out, and probably your dog's throat too. They secrete weird ooze and grow reptilian body parts. It feels like one long rebuttal to most every vampire to appear on-screen, from Bill Compton to Edward Cullen to Dracula himself. The show, which airs on Sunday, is a hyper-pulpy attempt to merge crime drama and body horror — sometimes too pulpy, if you have a low tolerance for things like literal vampire-zombie-Nazis.

The Strain's debut is the culmination of a long effort for the famously uncompromising director. In 2006, del Toro pitched an extensive outline of the show to Fox; likely caught in the Twilight-era vampire madness, the network's president asked him to produce a comedy instead. "Obviously, I said ‘No thank you'" the director told Wired in 2009. "And, ‘Can I have my outline back?'"

Refusing to sit on a good idea — particularly one about vampires, one of the director's favorite creatures — del Toro began working with novelist Chuck Hogan, author of the crime drama on which Ben Affleck's The Town was based, Prince of Thieves. The pair spent two years turning the outline into a series of books, The Strain Trilogy, which was eventually optioned by the distinctly testosterone-infused FX network. No one there would ask del Toro to make vampires cuddly. Or, apparently, look anything like the aristocratic, crisp undead that have been nipping at actresses' necks since Dracula.

It's an ode to both monster movies and police procedurals

The show opens with a plane mysteriously landed at JFK from Berlin, every passenger dead save four archetypal survivors, including a rock star channelling 1990s Marilyn Manson. Del Toro is a famous genre lover — Hogan was brought on by the director specifically for his crime-writing expertise — and the resulting mash-up of a show is an ode both to monster movies and police procedurals. From the first moments all the staples are there: police tape, ambulance lights, government employees speaking quickly in lockstep as they prowl the scene of the crime. It's a little like CSI, if you swap the mob-funded casino killer for a mysterious and horrifying virus invading the bodies of New Yorkers, turning them into blood-fiending gore machines. Now if only the ragtag group of CDC employees can find a way to quarantine (and behead) the victims before the entire city is infected. 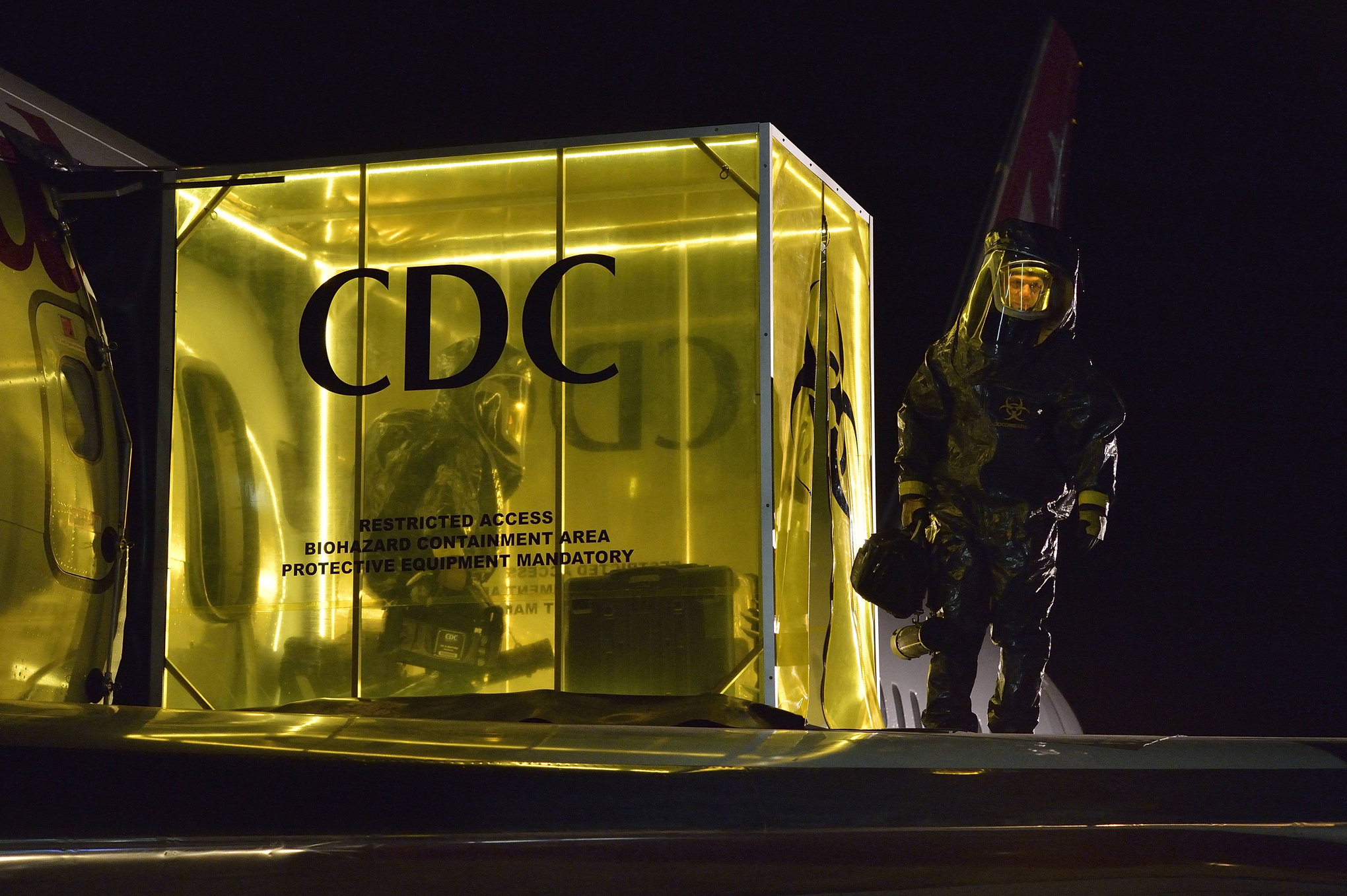 The forensic hero in this case is Dr. Ephraim Goodweather (Corey Stoll, House of Cards), the head of the CDC's "canary team" and a prototypical world-saving kind of guy: heart of gold, unhealthy work-life balance, emotionally unavailable, struggling to navigate his relationship to his estranged wife and young son. He isn't quite The Wire's McNulty or True Detective's Rust Cohle — he's in AA, for one thing — but from what we've seen of the show he isn't the power-washed force of nature popular in crime dramas like Law & Order, either. In House of Cards, Stoll brought us the tightly wound, perpetually flummoxed Peter Russo, a character ping-pongged between very different forces of evil, and perhaps one of the show's most relatable characters. Sadly, in the first few episodes the script plays Goodweather so straight he sort of feels undead himself.

Unfortunately, writing a good, nuanced actor into a generic, capital-H hero role is typical of where the show blows it, which it often does. Camp is one thing, but in the directors' rush to fill out their favorite genres they frequently fall back on cliché. Even an enthusiastic and well-designed execution can't hide that these are played-out plot elements: in the first few episodes, a blood-sucking little girl in a red dress, an eccentric evil billionaire pulling strings from a penthouse tower, and the aforementioned Nazi plot line all make an appearance. For me, that last one really did it. It's hard to look at another stiff German grinning like a Cheshire cat and wonder why the writers couldn't have found another shorthand for pure evil. In their quest to pay homage to their genres, Del Toro and Hughes wrote a script where you always know exactly what's going to happen next.

Del Toro is most interested in showing us how vampires work

At least Del Toro and Hogan take particular glee in all the quick reveals and potential for body horror at the heart of forensic science; from the moment Goodweather and his team step on the plane in hazmat suits it's all about prodding the "corpses," the gelatinous bodily secretions, the scalpels and blood samples. Blacklights play a particularly prominent and gruesome role. When the hollow dialogue stops and the action falls on the monstrous bits that have made del Toro famous, it's a massive relief. Even if the script isn't great, he's still master of atmospheric gore. In some scenes, it's his love of Old World, torture-chamber props, in others the insane level of care paid to a half-second shot of a near-pulverized body. In the first few episodes, the number of cadavers opened on an operating table feels almost gratuitous, like the directors are just showing off. And actually, they probably are — the monsters are scary, sure, but you get the sense that del Toro is more interested in showing us how the vampires work than inspiring pure terror.

It feels like a mischaracterization to even call The Strain's monsters vampires in the first place — one scene of a struggling beast chained up in a shed would be right at home in 28 Days Later, and a gleeful autopsy reveals the kind of slimy, reptilian innards that would make del Toro's hero H.R. Giger proud. In The Strain, every revelation about the vampires is coupled with a pseudoscientific explanation; it's by far the most inventive thing about the show, and del Toro's been marinating on it for quite some time. As he told the Wall Street Journal recently, he's been collecting vampire myths since he was a child, cataloging different cultures' beliefs, from the hairless vampire to the one with a spike under its tongue. As an obsessive and a nerd, this is his chance to explain how any of those traits could exist, sci-fi style.

Which is why, more than anything, The Strain feels sort of like a stiff middle finger to our softer, friendlier, sexier monsters, our vampires in low-rise jeans with a magical and inexplicable thirst for blood. In an essay for the New York Times prior to The Strain's debut, Hogan and del Toro recounted a belief that Dracula's fame in late 19th century Britain had largely to do with the technological leaps of that age — communication gadgets, blood transfusions, a clash of old worlds and new. "Science," they write, "becomes the modern man's superstition." The Strain, for all its camp and weird genre-bending, is also a call to start reverse-engineering our monsters, starting with revulsion first and figuring out where to go from there. Given the real-life CDC's ongoing chain of semi-secret blunders, it makes sense to fear epidemics and viral blood worms over the dead rising from the grave. The Strain is not narratively innovative, but with any luck it's a stepping stone; perhaps the next generation of vampire movies won't hop on the Twilight train so quickly. At any rate, the scenes devoid of dialogue are absolutely fantastic, especially if you like exploding brains.