SteelSeries has announced limited edition versions of its Sensei gaming mouse and 7H headset, carrying the branding of gaming team Fnatic. The new products come in black-and-orange livery, and run $10 more than the standard models at $99.99 and $139.99 respectively.

We know who SteelSeries is going to be supporting at this winter's DreamHack gaming competition in Sweden. The peripheral maker has just announced new versions of its Sensei mouse and 7H headset, decked out in the black-and-orange regalia of Team Fnatic. While there's little difference in the products from their vanilla versions, SteelSeries says that Fnatic collaborated in the development of the original equipment — albeit along with several other teams, which makes us wonder what Fnatic did to get the gig. Maybe the folk at SteelSeries are into orange this season.

In any case, it's easy to see what's in it for Fnatic. The $99.99 Sensei mouse features 8 buttons and highly customizable sensitivity settings, powered by an onboard ARM processor so that you don't have to deal with drivers. Unlike certain other gaming mice, it features a pretty sleek design that wouldn't look too out of place on most desks. The $139.99 7H headset, meanwhile, employs 50mm drivers and sound-blocking ear cushions made from leather and cloth. Both products are available now directly from SteelSeries, at a $10 premium over their regular models. 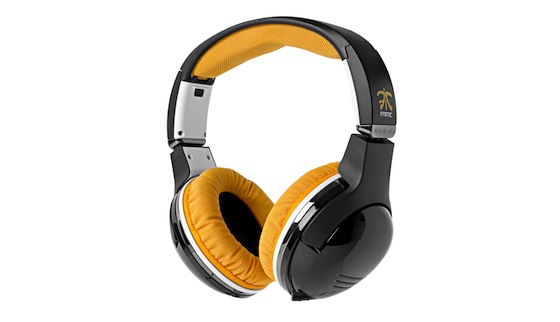