Soldiers in Afghanistan have recreated the cover of Call of Duty: Modern Warfare 2.

When life imitates art, sometimes the result is actually better art. While "bored in Afghanistan," Reddit user Travissimo and a friend recreated the iconic pose from the cover of Call of Duty: Modern Warfare 2, then edited the image to match the box art. The result is excellent — not only is the recreation (pictured above at left) arguably more interesting than the original, the real soldier is practicing proper gun safety, his finger off the trigger. Here's the unedited image: 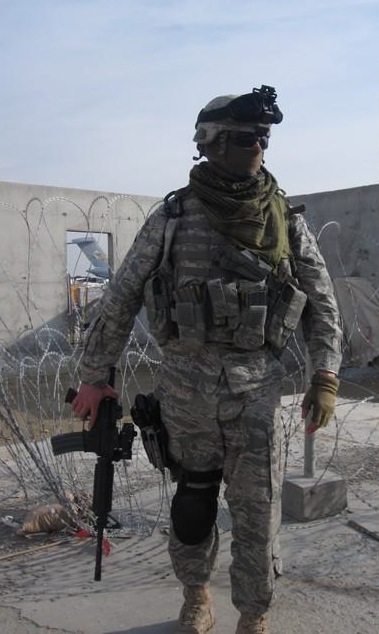 While this is certainly the best effort we've seen, other Reddit commenters linked to their own versions of the same pose, including one user who said the friend in his picture had actually been killed by an IED ten days after it was taken. These images are entertaining, and we admire the work that's been put into them. But we doubt the soldiers themselves have forgotten that what they're doing is very different from any video game.