The console comes in Charcoal Black and Classic White with a 250GB and 500GB version. The black console will be out in Japan on October 4th, and the white console on November 22nd.

In North America, the 250GB console will be available September 25th and be priced at $269.99. It will come as part of a "limited edition" bundle that includes the "game of the year" edition of Uncharted 3: Drake's Deception and a credit for $30 worth of content for the game Dust 514. The 500GB version will be available on October 30th for $299.99, and will also feature a limited bundle, coming packed with a copy of Assassin's Creed 3. In PAL territories there will be a PlayStation 3 with 12GB of flash memory available on October 12th for 229 Euros. The 500GB console will be available for 299 Euros on September 28th. In Japan the 250GB will sell for 24,900 Yen and the 500GB will sell for 29,800 Yen, both available October 4th.

A newer, slimmer PlayStation 3 was rumored to be in development back in July, with leaked images showing off a PlayStation-branded console with a ridged top and no slot-loading drive. According to a post on the official PlayStation blog, the new version of the console is approximately 20 percent smaller and 25 percent lighter when compared to the current PS3 model — though it is unclear if the console Sony announced today is the same console that was shown in the leaked images.

The Official Australian PlayStation Blog said that a new-look PlayStation Store will launch in mid-October to coincide with the release of the new console. 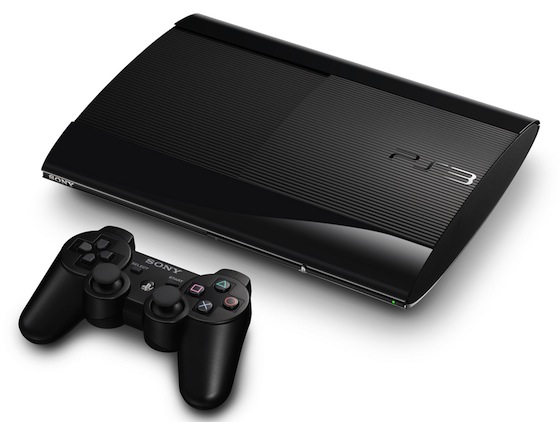