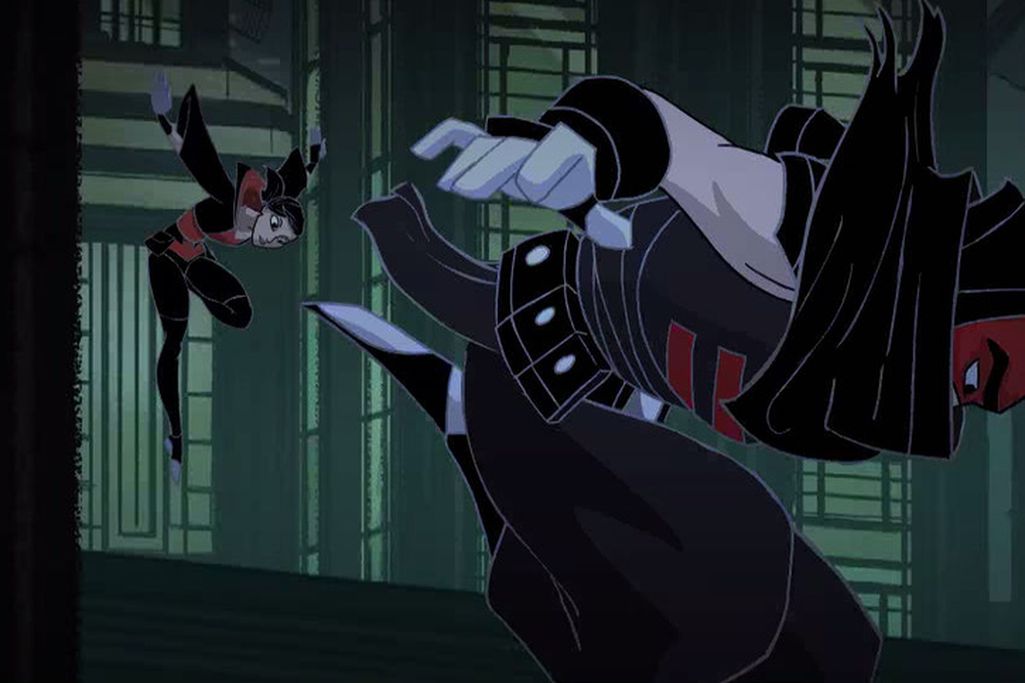 Nels Anderson did not want another Ninja Gaiden.

"That's kind of weird," the lead designer of Mark of the Ninja explained in an interview with Polygon. "The ninja as a fictional pop-culture construct affords things like being sneaky and undetected and agile and fast. But, in games, aside from Tenchu, anything with a ninja is just, 'Fucking murder all the dudes, blood, gore, cutting helicopters with giant swords.'"

It wasn't a denigration of those games as much as a level of surprise. Ninjas are trained not to be seen, so why do most ninja games involve creating as much chaos as possible?

"If you want to make a stealth game, you don't want to vomit out some long, complicated exposition like, 'Oh, you're commandos with psychic power, blah blah blah.' You just want to say, 'You're a ninja.' It feels like it should calibrate people's expectations appropriately, being stealthy and all that. But, for some reason that never really happened in games. So I was like, 'Fuck it, let's just do that.'"

While there is a surprising lack of truly stealthy ninja games, there are plenty of core stealth games that don't star ninjas.

Anderson's inspiration was Thief, the classic first-person stealth series originally created by Looking Glass Studios. In place of a ninja, Thief starred Garret, a lock-picking ne'er-do-well in the Middle Ages. Despite the setting, the core gameplay tenets were all about the power of being unseen. Anderson wanted to recreate that same feeling... but in 2D.

"The design process involved looking at 3D stealth games, figuring out why they worked the way they did, and then deconstructing that and finding a way to translate it back down into 2D. You can't just port the notion straight across," he said.

Bringing a stealth game into side-scrolling 2D, and not the top-down 2D of the original Metal Gear games, is far trickier than it first might seem. Anderson gave the example of the classic stealth gameplay moment where a guard is walking down a hallway and you are hiding around the corner. But in 2D, there are no corners to hide around. Everyone is on the same plane. So how do you get around that? The team struggled to make it work.

"There was definitely a point of time where we were not sure if the game was ever going to be good or if Microsoft would pull the plug," said Anderson. "We had a lot to figure out and the bits weren't fitting together." 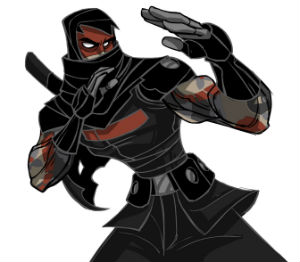 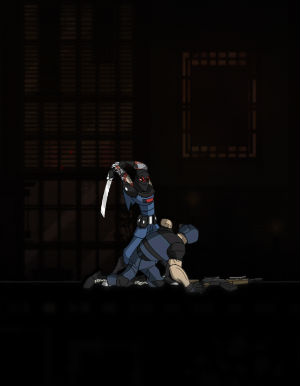 Much of the trouble was with stealth games in general. Anderson pointed to a postmortem done by the Thief team wherein they mentioned that the game wasn't feeling right until just a few months before launch. They explained that, unlike other genres, in stealth games, everything has to be working before the game starts to feel good.

"In any other action game, if a character's flanking behavior isn't working, it's pretty easy to imagine through what it'd be like when it's good," explained Anderson. "But if the AI in a stealth game [doesn't] behave consistently? The game is basically unplayable. It just sucks. If you're not able to know whether you'll be able to be perceived by an enemy because you can't tell if you're in darkness or not, the game is basically unplayable. You have to have all of those components more or less working."

Before everything was working, though, the team began to have doubts about sticking to its stealth ideals and started to experiment elsewhere.

"When things weren't working, we didn't totally understand why. Like the sneaking around isn't very fun. So we need to have more stuff that's not sneaking! Like, 'Let's add a more robust combat system and more direct combat with the enemies.' That was totally the wrong thing to do."

The result was that playtesters would just run through the levels, beating up everyone they came across. Not exactly the sort of unseen ninja Anderson had imagined.

But, once the team doubled down on making Mark of the Ninja a core stealth game, Anderson said they could "see things lifting from the trough. We could figure out what's working and what's not. Until we got to that point where all the components were working, it was like, 'Oh god, is this game ever going to be fun? Because right now, it sure as shit ain't.'"

One of the things that worked particularly well was giving the player as much information as possible, a shift from most 3D stealth games that Anderson hoped would bring in core stealth players as well as newcomers.

"The core stealth mechanics are really important to understand, but in a lot of stealth games, they're totally opaque. Like, if you're walking down a hallway and there's some guard up ahead and you make a noise, is he going to turn and hear it? You have no idea. You just try a thing and, Oh, he saw you and shoots you in the face. 'Oh, next time I should be a bit further away.'"

In Mark of the Ninja, every sound you make radiates a visible ring around your character. If a guard is inside that ring, he'll hear the noise. If not, you'll pass by unnoticed. Some stealth games, like Deus Ex, have attempted something similar with the use of radar, but Mark of the Ninja shows you this information right there in the environment so there can be no confusion about whether you'll be heard.

"We were like, 'Let's just get people past that whole experimentation phase and just provide that information so it's another tool at their disposal,'" said Anderson. "Basically accelerate how quickly people can get to that level of intentional planning and deliberate play that [makes] stealth games different from normal character-based action-adventure games — but without doing it in a way of making the game simpler or providing less systems. It was just about the transparency of those systems."

The important part of all of this: Mark of the Ninja never sold its soul. It made it through development as a stealth gamer's stealth game, letting you complete entire levels without being spotted or killing a single guard. You're a ninja, after all. It's what you do. 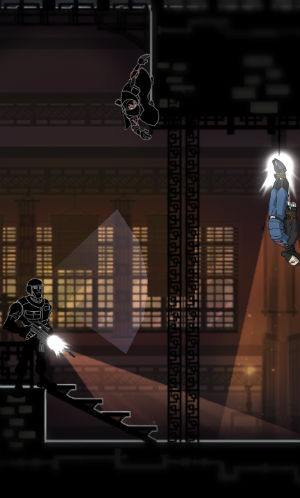