Off-contract Moto G might be coming to Verizon for $100

Off-contract Moto G might be coming to Verizon for $100

Motorola's Moto G smartphone might soon be available to Verizon customers for as low as $100 — without a contract. Google+ user Josue Joseph, who claims to work at Best Buy Mobile, posted a picture of the Android phone in Verizon retail packaging. Joseph later commenting that it "looks like it's going for $100." 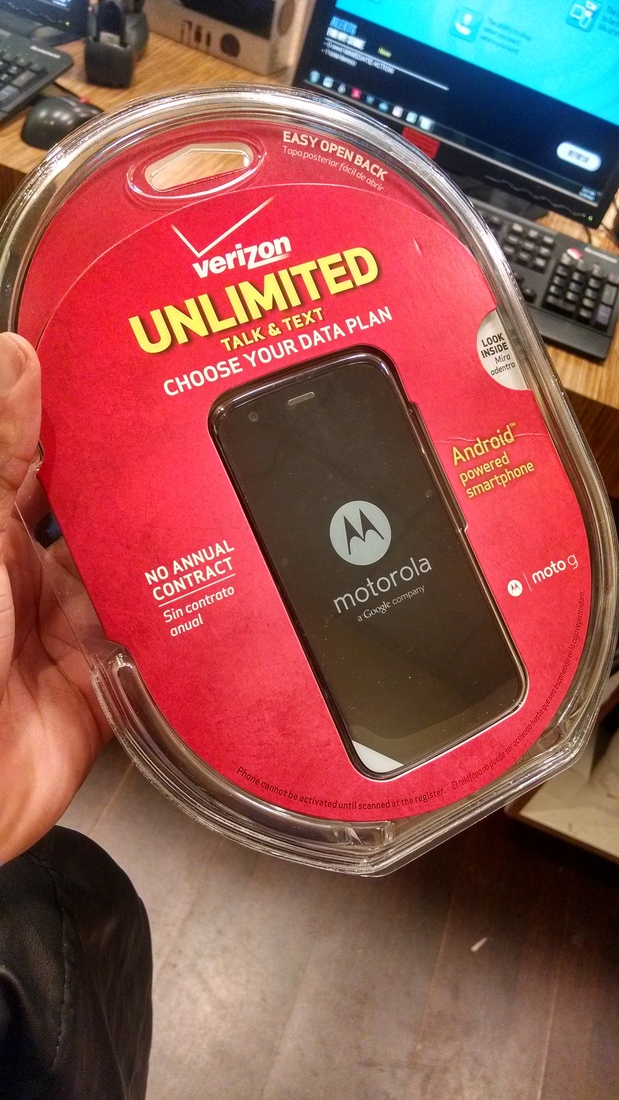 The Verizon-branded packaging suggests the phone will be sold without an annual contract, but Josue claims users will still need to choose one of Verizon's data plans, as the phone "will not work with anything else." Those plans, the packaging implies, will include unlimited talk and text options.

The Moto G currently retails for $179 in the US and, even at that price, had a lot to recommend it against its peers. There's no word yet on a street date for the $100 Verizon version, but if the leaked information turns out to be accurate, it would further solidify the Moto G's position as one of the very best budget smartphones available.