Microsoft has removed the traditional Start Button from its Windows 8 "Consumer Preview," replacing it with a new user interface.

Microsoft has taken the bold step of removing the traditional Windows Start button from its Windows 8 "Consumer Preview." The Start button and menu were introduced with Windows 95 over 15 years ago, and it appears Microsoft will scrap both of them once Windows 8 is released later this year. Screenshots of a near-final Windows 8 "Consumer Preview" version (build 8220) leaked to the internet this weekend, and show a Super Bar without the Start button orb. In previous test builds Microsoft had flattened the button to match its Metro style interface, and the latest builds go one step further by fully removing the Start button orb. 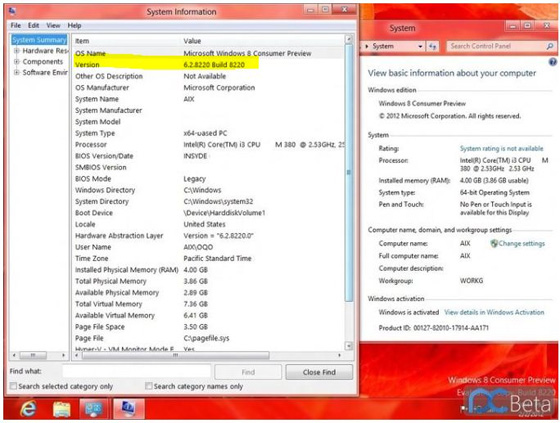 Fear not though, the Start button functionality isn't as dead as it seems. We have confirmed with sources close to Microsoft's Windows 8 development that a hot corner has replaced the Start button orb. A thumbnail-like user interface will appear in Metro or desktop mode, providing a consistent way to access the Windows desktop and Start Screen in Windows 8 regardless of touch or mouse input. The new interface is activated on hover from the lower-left corner of Windows 8 and includes a thumbnail preview of where you will navigate to after clicking on the new visual element. The same element will appear in touch mode, and we expect it will be activated by a swipe action. If you are in desktop mode then it will show a preview of the Metro mode and vice versa.

Microsoft will also keep the Super Bar, first introduced in Windows 7, with its legacy pinning for desktop applications and desktop Internet Explorer 10. The removal of the Windows Start button orb means the Super Bar acts like a shortcut dock for the desktop mode. It's possible that Microsoft may reintroduce the Start button if there is enough demand, but this isn't a recent decision for the company so we expect its removal is final.