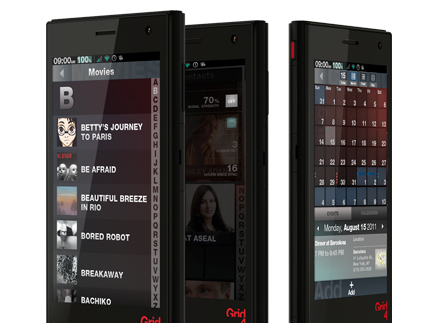 It isn't just about tablets and suspiciously well-edited webcasts today, no. Fusion Garage (the company briefly and formerly known as TabCo) has also revealed the Grid 4, a 4-inch, 800 x 480-resolution smartphone with a dual-core processor and the GridOS. There seems to be some continuous client functionality between the phone and the Grid 10 tablet, at least as far as resuming video is concerned. The price? $399 unlocked with 16GB — "operator availability" will be announced closer to launch.