Berry picking: a look back at BlackBerry's long list of potential buyers

Share All sharing options for: Berry picking: a look back at BlackBerry's long list of potential buyers

After months of rumors that BlackBerry was just one tech giant's whim away from being acquired, the struggling smartphone maker narrowly avoided that fate this morning by taking a last-minute cash injection and swapping out its CEO. That certainly doesn't mark the end of the line for BlackBerry acquisition talk, but it might put it on hold for now. Of course, getting here was no short road: just about everyone in the business has been rumored to eye BlackBerry's assets at one point or another. Let's take a look at some of the names that have turned up along the way. 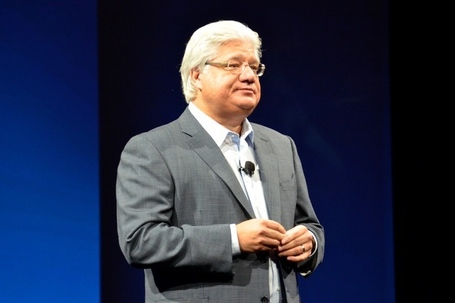 Mike Lazaridis co-founded BlackBerry — then RIM — back in 1984, and was only removed from his position as co-CEO last year. Now it seems that he wants a way back into the rebranded company, and as of just days ago he was reportedly working with several others, including Cerberus Capital Management and potentially even Qualcomm, to make a bid for it.

Lazaridis never seemed eager to leave BlackBerry in the first place, so it’s no surprise to hear that he’s considering a way back in. "It’s really hurting me," he told The Globe and Mail recently, while discussing the company’s struggles. "Everyone is talking about the most likely scenario being that it will be broken up and sold off for parts. What will happen to the Waterloo region, or Canada? What company will take its place?"

A strange fit for BlackBerry

Just last week rumors swirled that Facebook had met with BlackBerry executives to discuss a potential bid. The discussions may have been no more than a desperate BlackBerry trying to gauge interest from Mark Zuckerberg's empire; Facebook's hardware efforts have been scattershot at best, making this seem like an awfully strange fit.

John Sculley served as Apple’s CEO for 10 years, perhaps best known for ousting Steve Jobs from the company back in the '80s. He’s largely worked as an investor since then, and he's reportedly explored making a bid on BlackBerry with other partners. Though Sculley says that reviving BlackBerry would be a challenge, he tells The Globe and Mail that he thinks "there's a lot of future value in Blackberry."

Lenovo may have an Asia-focused smartphone business already, but twice now it has reportedly looked into buying BlackBerry to expand its focus on mobile. The first report came in January and another surfaced just a few weeks ago, suggesting it may have been among Waterloo's more serious potential suitors.

BlackBerry didn't just sit around waiting for buyers — it actively went out looking for them. While it’s not clear if any of these companies were actually interested in buying, BlackBerry reportedly checked in with Google, Samsung, Intel, LG, and Cisco to see if any might be interested.

Fairfax remains the only definite suitor for now

In late September, Fairfax Financial placed a $4.7 billion offer to take BlackBerry private. But banks and other potential partners seem to have been scared off by the BlackBerry name, and Fairfax ultimately couldn't put together enough money to make it happen. Instead, Fairfax and a group of smaller investors purchased a larger share in BlackBerry, investing $1 billion into the company and shaking up the executive ranks. It's the only potential buyer to take real action so far — and BlackBerry still remains an independent, public company.

Just over a year ago, IBM was reportedly looked into buying BlackBerry’s Enterprise Services unit. While IBM’s name hasn’t surfaced lately, there's still a chance: a number of reports have suggested that investors are more interested in tearing BlackBerry apart than in buying it as a whole.

Oracle CEO Larry Ellison revealed last year that his company had at one point considered purchasing either BlackBerry or Palm in order to get in on the smartphone game. Palm’s fate was sealed by HP, while BlackBerry was apparently considered too expensive at the time. Times have certainly changed, but Oracle’s name hasn’t come up in the year since. 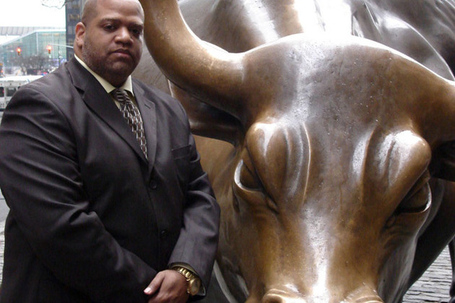 Among the less likely — but most amusing — potential buyers is United Vision Marketing Firm and its CEO Dr. Nono C. Pearson. Pearson, who is said to have worked as a DJ and producer and as a successful "trend predictor," offered to buy BlackBerry out of the blue in April 2012. Having been rebuffed last year, Dr. Pearson is unlikely to turn up again. That's a shame; BlackBerry could use some trend prediction.

A 'what if' that's even less likely today

Well before Microsoft decided to purchase Nokia, the two companies reportedly considered making a bid for BlackBerry. The idea was apparently never taken too seriously, but for a time, pressure was actually put on BlackBerry to make the jump over to Windows Phone. At this point, it looks like the epic deal will remain little more than a "what if." 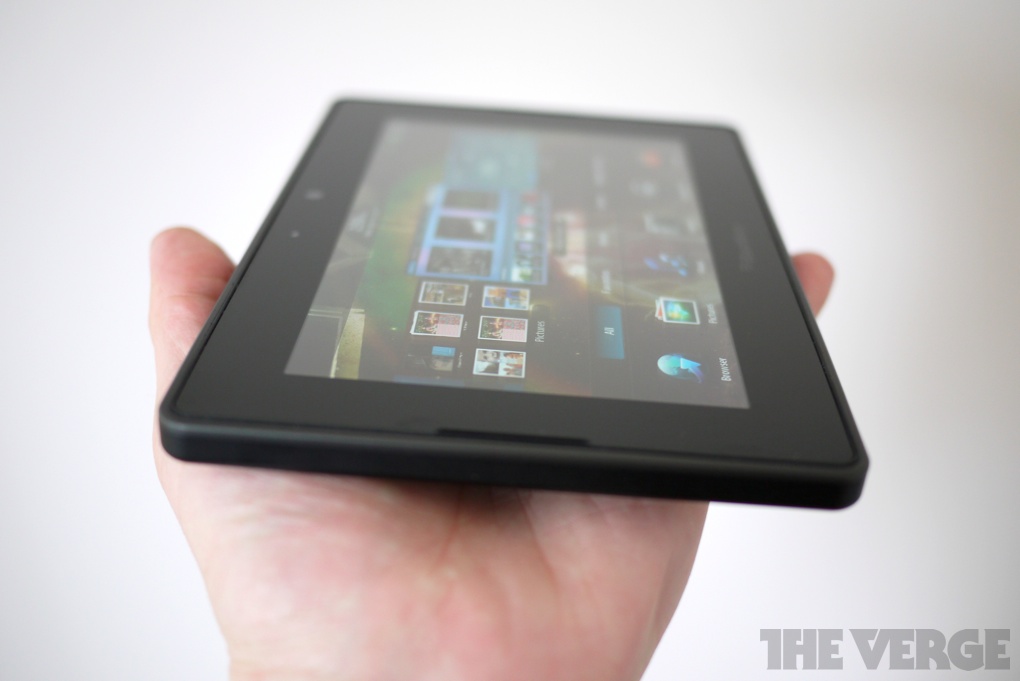 Back in 2011, Amazon reportedly hired an investment bank to review making an offer for BlackBerry. While BlackBerry wasn’t interested at the time, Amazon’s curiosity makes all the more sense in hindsight as it's churned out a larger portfolio of Kindles and is rumored to be looking at smartphones next. (What's more, the first-generation Kindle Fire was little more than a repurposed BlackBerry PlayBook.) Amazon’s name hasn’t been floating around since, however, so it seems unlikely that it’ll be among any future bidding pool.

Fairfax is now appointing John Chen — a man known for turning around failing companies — as interim CEO at BlackBerry. Chen might just have what it takes to breath life back into the beleaguered smartphone maker by enhancing its focus on enterprise and trimming down its unprofitable efforts. But if Chen can't make it happen, there's a good chance that many of these same names will start circling again, and it could become even more likely that BlackBerry will be torn apart and sold for scrap. That's not a pretty option — but for BlackBerry, ugly options may be all that are left.

Read more: Research, no motion: How the BlackBerry CEOs lost an empire