Canon announced two new point-and-shoot cameras this morning, the SX160 IS and the SX500 IS.

Canon's PowerShot line of point-and-shoot cameras received an update this morning, as the company introduced the SX500 IS and the SX160 IS. Both cameras are a bit larger than your average point-and-shoot, because they have so much zoom capability — the SX500 has 30x optical zoom starting at 24mm, and the SX160 starts at 28mm and zooms 16x. Otherwise, the new models are relatively standard compact cameras: they each have Canon's older Digic 4 processor, a 3-inch LCD (the SX500's is higher-res), a 16-megapixel CCD sensor, and 720p video recording. The SX160 is powered by two AA batteries, which should make it easier to find more power when you're on the go. There are some performance improvements over older models, particularly with image stabilization and autofocus, but the new models are far more evolution than revolution in Canon's lineup. 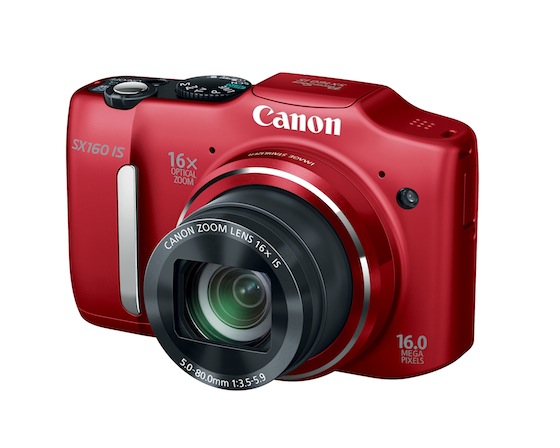