Every influential figure has a story and this new series, Chronicles, will tell those stories from the point of view of six prominent individuals: sharing their first success, their first failure, and their most profound moments as only they could. From a film producer turned philanthropist, to a talented photojournalist who serves as the senior photo editor at National Geographic, to a NASA astronaut now bringing science to the masses, Chronicles takes a look at those who are having a profound impact on their fields and the personal history that shaped their careers.

For the first time ever, our subjects agreed to share their private archives, offering our readers a chance to examine the photos, videos, sketches, and notes that enrich these stories using Microsoft OneDrive.

Over the next six weeks, Chronicles will reveal stunning creations—like 3D-printed prosthetics for Sudanese amputees—alongside game-changing techniques—like gyrostablized helicopter filmmaking—all told through the lives and experiences that inspired these radical advances.

In each of its six parts, Chronicles answers the question: What made this person?

"Technology is not this foreign, inaccessible thing that you can’t actually use. It is something that is very real and can help the world."

Inspired by the lessons of his late father, Hollywood producer Mick Ebeling founded Not Impossible, a non-profit that aims to solve human problems using revolutionary technology. Channeling the skills and technology he honed producing sequences for films like Quantum of Solace, Mick and Not Impossible launched Project Daniel, a mission to provide prostheses to children who lost limbs in the ongoing Sudanese civil war, using portable 3D-printing technology. 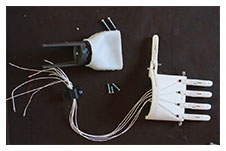 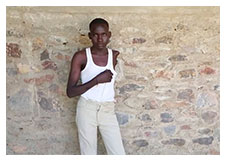 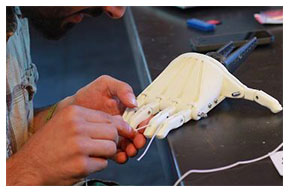 “I love talking to people; I love hearing their stories; I love documenting things; and I love collecting these little details about life.”

The daughter of a college mathematics professor, Pamela Chen was a math major until a single photograph changed her life forever. That simple image, of two college classmates skateboarding on the quad, made Pamela realize that “photography was a way that you could see the world differently than what you were seeing with your own eyes.” Now, as the Senior Photo Editor at National Geographic, Pamela sorts through as many as 60,000 photographs for each feature story, following the photographer’s every step and distilling their epic journeys for publication in the storied magazine. 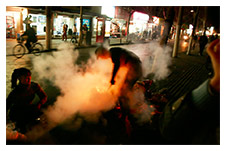 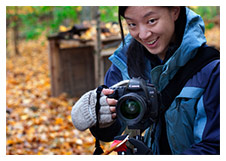 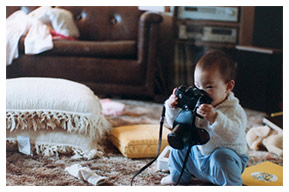 “In aerial cinematography, you have to see the vision of what you want to do—because it’s just moving space—and you have to communicate that to your pilot.”

Once an East Coast kid who dreamed of Rocky Mountain powder snow, Todd Jones worked as a professional skier, helicopter skiing guide, and commercial fisherman before co-founding Teton Gravity Research. In the 18 years since, TGR has grown into the premier action sports production company, capturing everything from skiers on the steepest Alaskan mountainsides to surfers taking on the world’s most dangerous waves, all while pioneering innovative filmmaking techniques, including gyroscopically stabilized helicopter-mounted cameras. 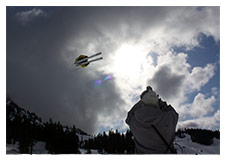 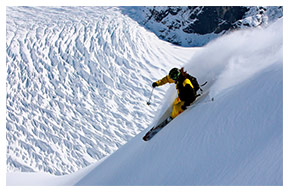 Leland Melvin: From the Endzone to the International Space Station

“Sometimes when you don’t believe in yourself, other people do, and they give you a second chance. That’s been a theme through my life, being given a second chance. And now I’m helping to inspire the next generation of explorers.”

Even as a former standout athlete—he was drafted by the Detroit Lions in the 1986 NFL Draft—with a masters in Materials Sciences, Leland Melvin never dreamed of becoming an astronaut until a colleague at NASA convinced him to enter the trials. Despite a debilitating ear injury sustained during training, Leland served among the first flight crews that led America back into space following the space shuttle Columbia disaster. He is now a NASA educator, helping to raise the profile of the U.S. space program in the post-shuttle era. 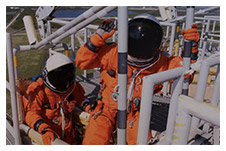 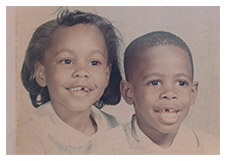 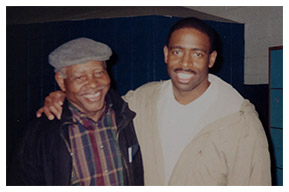 "The mission is to use new techniques, new technologies, and to focus very, very critically on how we make drinks."

A longtime food fanatic, Dave Arnold spent time in the art world before pursuing his calling with Booker & Dax, a cocktail bar and food laboratory. At the bar, he and his team are using everything from muddling to centrifuges to liquid nitrogen to a custom-built hot poker to produce the most innovative drinks. Meanwhile Arnold's food laboratory is turning out gadgets that are set to transform the home kitchen. 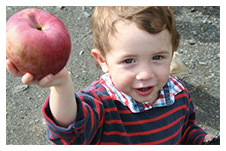 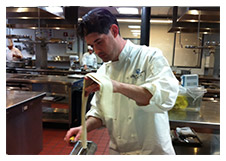 "Everyone has all these emotions tied up with food and there are all these narratives that can be told with food."

Introduced to photography through an impulsive stint as a fashion model, Henry Hargreaves has since built his career on work that combines a talent for still life photography with a fascination with the meaning that can be found in food. His most famous series, No Seconds, focused on detailed recreations of the last meals of Death Row inmates. Other projects have included maps expressed in the cuisines of various regions and iconic images recreated using burnt Wonder Bread, all born from a passion for art that was nurtured at a young age. 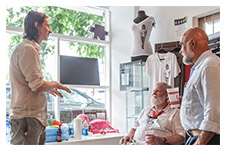 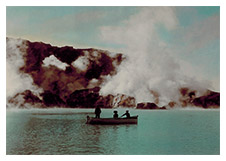 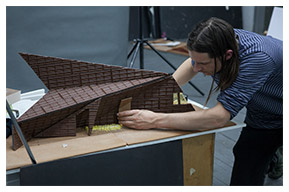