Put your fish in water to make him happy

For most smartphone users, submerging their electronic pride and joy in water would inspire much cursing and a trip to the mobile store to pick up a replacement—nevermind an extended vacation from social media. Well Sony solved that problem by making its Xperia Z1S fully waterproof and is now introducing a suite of new apps to make dunking your device fun.

Sony partnered with app developers Motim and SoftFacade, along with ad agency Wieden+Kennedy, to develop a new technology that detects when the phone is submerged in water ... and turns that would-be moment of terror into a game. Like a submarine’s sonar, the innovative water-detection technology is based on sound. The Xperia Z emits an inaudible ultrasonic tone and then listens. Because sound travels differently in air than in water, the phone knows when it is submerged.

"A new technology detects when the phone is submerged in water…and turns that would-be moment of terror into a game."

Goldie is just one of many new Underwater Apps apps Sony is currently beta testing. Plus, Sony has made the source code available to developers on Github, meaning we may soon see a whole host of apps that transform your phone’s fear of water into a chance to have fun. For now, choose from the first six apps, all free and available for download from the Google Play store. 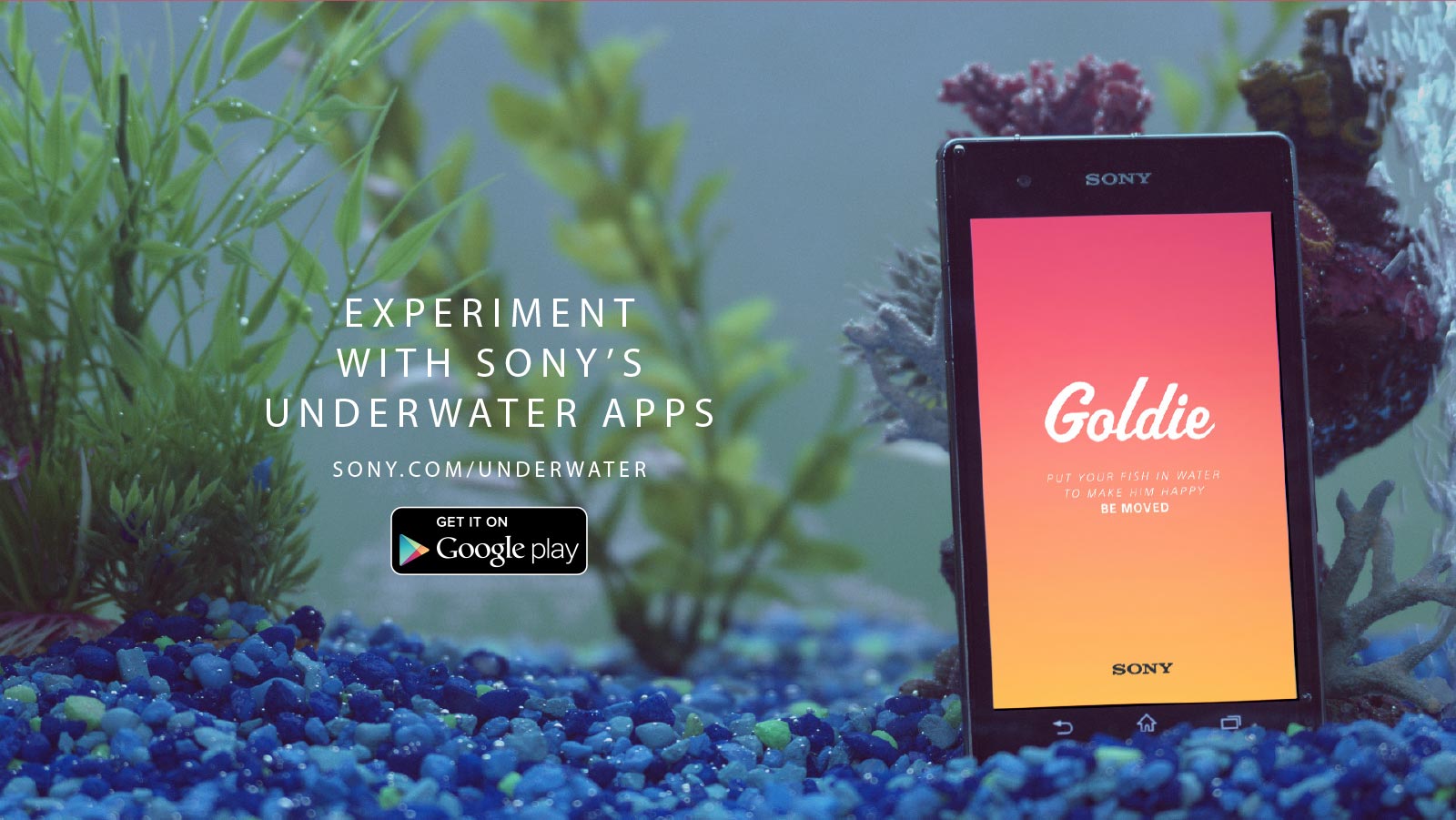