When Google showed off Android 4.4. KitKat it revealed several new Google Now features, and some of them are now being made available to users that aren't running the latest and greatest version of the mobile operating system. The update to Google Search largely consists of new Google Now cards: the service can now notify users when when their favorite websites have posted an update, while the "news topic" card will surface web articles based on subjects that users are interested in. Fans of movies and television will also appreciate a card that will provide suggestions for shows that they should watch on TV while they're hanging out at home.

A few smaller tweaks to existing cards round out the update. Google Now can let users see real-time traffic problems keying off Waze data, it will let users know when any of their packages are available for pick-up in a store, and the app is also adding rugby scores to its arsenal of sports data. A new button on the lower left will let users access reminders, and swipe to refresh is also rolled in. Google has demonstrated a real dedication to building out Now with new features, and these additions continue to highlight that trend. The update is available now for devices running Android 4.1 Jelly Bean or higher. 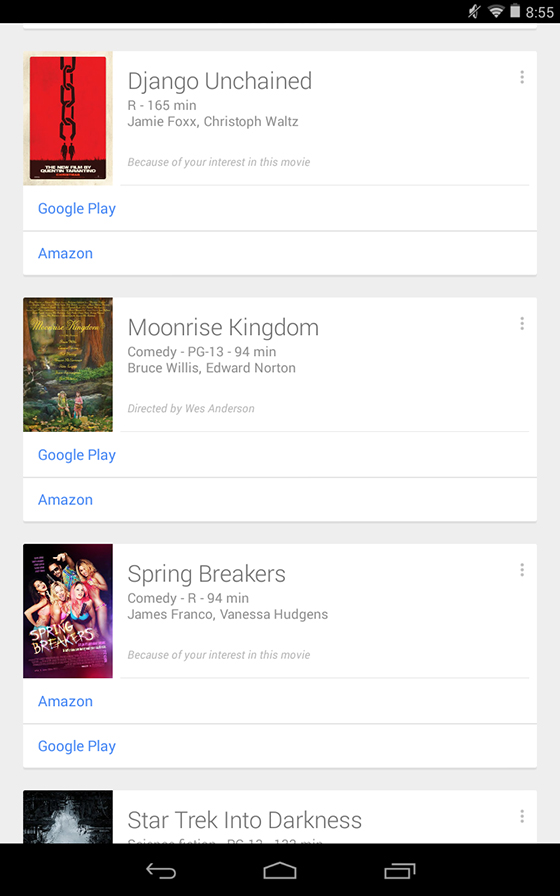