At CES 2014, the smartest home appliances aren't smart at all

CES has long been the best place in the world to find a bunch of insane and impractical home appliances. Last year saw the category reach its drunk-on-tech nadir, best exemplified by Samsung's incongruous efforts to push Evernote onto fridge doors. But what we found in 2014 may surprise you — some are taking a step back from the bizarre feature creep of 2013, and one new device is a genuine breakthrough that could foreshadow a potential revolution in the kitchen.

That's not to say that all the appliances at this year's show had a firm grip on reality. LG is still pushing its dubious connected equipment hard; its big announcement this year is its HomeChat service that lets you use popular Japanese chat app Line to text your washing machine, oven, or fridge to adjust settings or check their status. 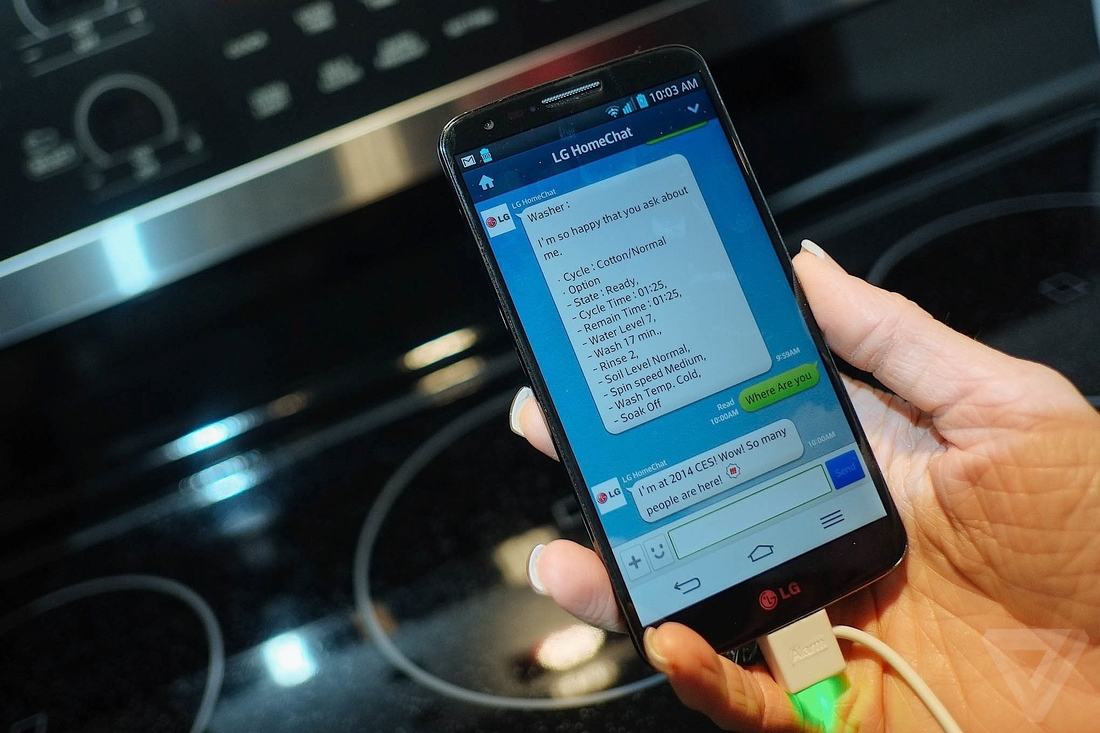 I'm as big a fan of Line as anyone — there's no conversation that can't be improved by bear and bunny stickers — but it's rather dependent on the discourse between two living human beings. Much as LG has tried to inject Bean Bird-style whimsy into its washing machine personalities (asking "where are you?" returned an answer of "I'm at 2014 CES! Wow! So many people are here!" with a three-exclamation-mark emoji), it's not an efficient way to interact with technology.

But Samsung, so extravagant in 2013, has shown remarkable restraint at this year's show. The company isn't showing off any fridges with tablets embedded into the doors this time around, choosing instead to focus on the core functionality of each appliance. This is best seen in its Chef's Collection, where Samsung says it collaborated with top chefs from Michelin-starred restaurants to design a range of high-end kitchen equipment.

The line includes an oven that lets you section off different areas in order to bake different foods, a wide-screen microwave, and a powerful "WaterWall" dishwasher that can save water by focusing on racks of the dirtiest cookware. And Samsung's Food Showcase Refrigerator features a similarly sensible design, dividing the door into two sections with one for frequently accessed items such as milk; this minimizes the temperature increase that usually occurs each time you open the door of a regular fridge. Another new fridge integrates SodaStream canisters to deliver sparkling water on demand. It's all a lot more sensible and accessible than what we saw a year ago, and a Samsung representative said many visitors to the booth have expressed similar sentiments. The company will continue to sell extravagant smart fridges like the Evernote-ready T9000, but there's now a recognition that these are niche products rather than the future of most people's kitchens. 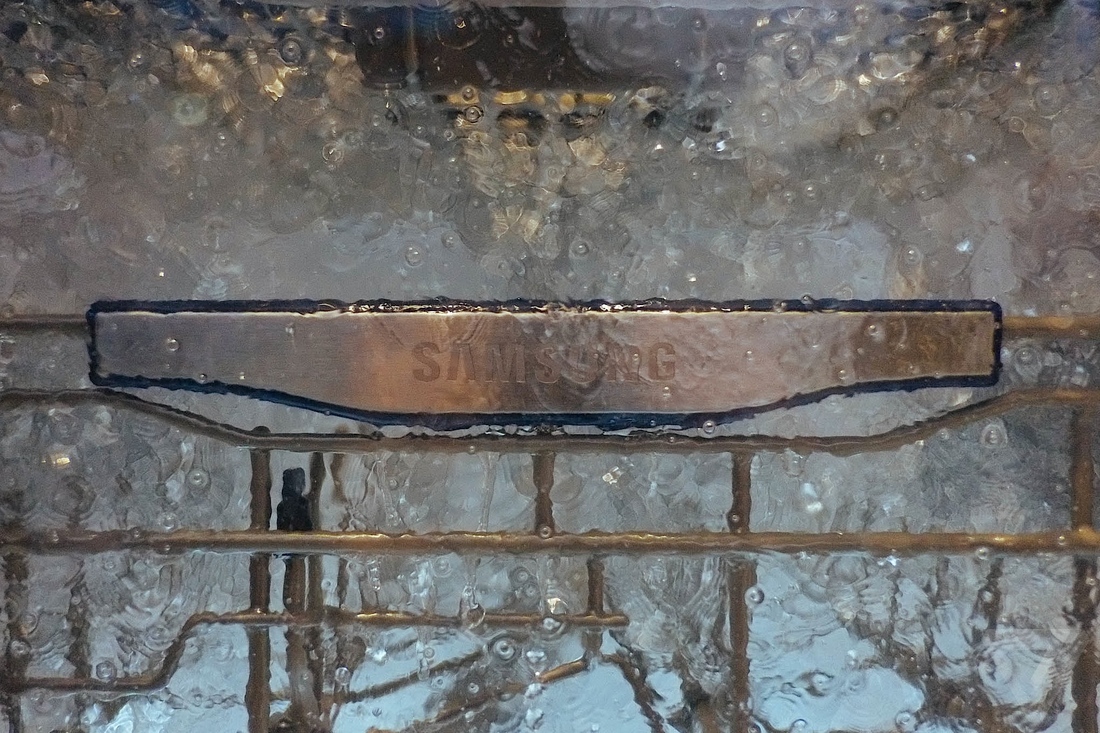 Elsewhere, Haier impressed with its Tianzun smart air conditioner, a starkly attractive tower that bears more than a little resemblance to Dyson's iconic Air Multiplier. But Haier's wins on functionality — it's said to be the first home appliance to enter Apple's Made for iPhone certification program, and can be controlled via a simple smartphone app. This means you can use your phone as a truly remote remote control, letting you adjust temperatures in your home far away from the confines of your home Wi-Fi network.

The first "Made for iPhone" appliance

The Tianzun has only launched in China so far, where it retails for around ¥20,000 (about $3,000), and Haier representatives told us that its air-purification features make it a particularly suitable product for apartments located in the smog of local cities. 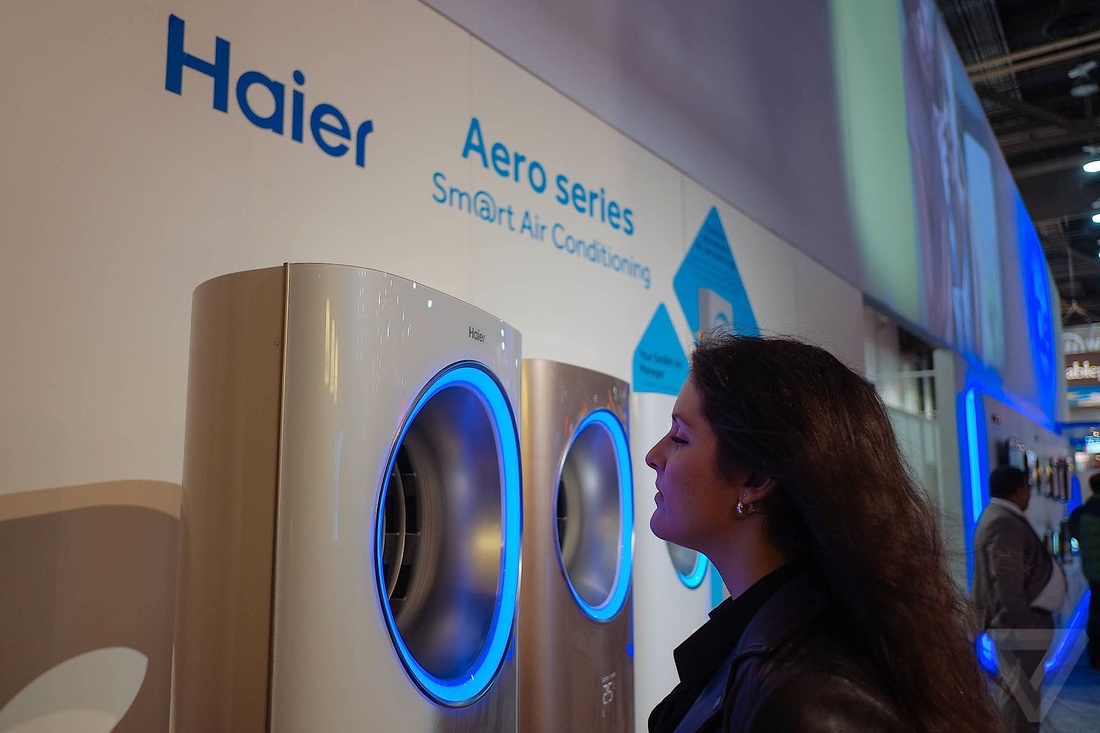 The most exciting appliance we saw on the CES floor, however, might just kickstart an entirely new category of products. 3D Systems' ChefJet and ChefJet Pro are billed as the "world's first and only professional-certified, kitchen-ready 3D food printers;" the products have been developed following 3D Systems' September acquisition of Sugar Labs, a husband-and-wife team comprised of Kyle and Liz von Hasseln. The ChefJet, which will retail for under $5,000, is capable of printing candy and chocolate in a single color and flavor, and the much larger ChefJet Pro lets you print in full color for a price under $10,000. Both printers are planned for release in the second half of this year.

Most importantly, the ChefJet's 3D-printed candy is delicious

More importantly, the candy they produce is actually delicious. 3D printers have had limited use cases to date because of a lack of durability, but that's not an issue for confectionery — although the chocolate has a slightly brittle texture, it's unmistakably real chocolate made from sugar and cocoa butter. The sour sweets are even better, melting in your mouth like cotton candy. Granted, we're far from the point where we're able to print gourmet meals; the technology involved in printing sugar isn't very different from the countless machines that do the same thing with plastic. But the ChefJet is a surprisingly tasty start. 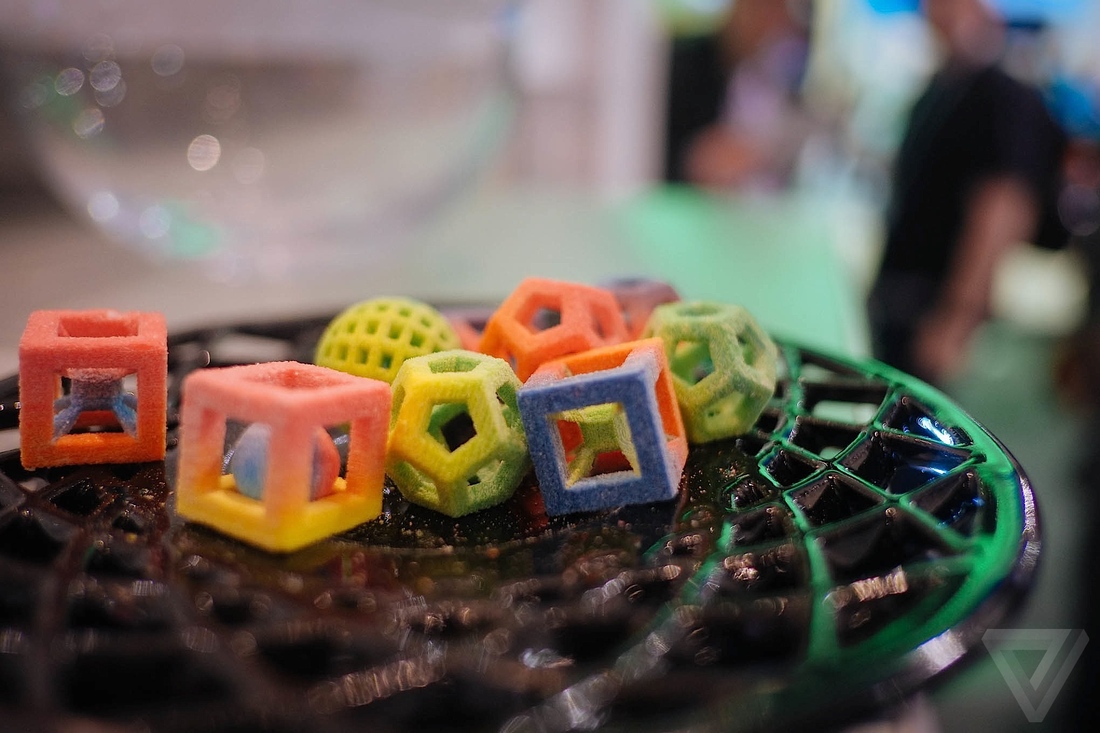 The high-tech appliance scene appears to be in a healthier place than we left it last CES. Although there wasn't an overall trend, that's probably for the best; last year's show was the worst kind of bandwagon-jumping, as countless companies shoehorned in "smart" features with little thought for their utility in the real world. There's still a lot of bad stuff out there, and LG's vision for the connected home is as unhinged as ever, but we found much more to like in Samsung's simple, efficient designs and 3D Systems' wild innovation. Here's to a future of 3D printing pizza and taking it out for breakfast from a beautiful fridge the next morning.

Valentina Palladino contributed to this report.