The best battery packs for carrying everywhere and charging everything

An essential item that belongs in your bag

Share All sharing options for: The best battery packs for carrying everywhere and charging everything

Part of The Battery Issue

Battery packs (also called power banks) are an essential purchase these days. Smartphone makers continue to prioritize shrinking down a device’s dimensions and thickness instead of extending the endurance and longevity we get out of our expensive handsets, but battery packs can augment the phone’s own power and offer some peace of mind.

Modern battery capacity ranges anywhere from 1,821mAh in the iPhone 8 to 4,000mAh in the new Galaxy Note 9. But even a big number doesn’t always guarantee your phone will comfortably last into a second day of texting, web browsing, swiping through Instagram, streaming Spotify, watching YouTube, and whatever else you do. Taken off the charger in the morning, most phones can make it through a typical day with some power to spare, but unfortunately you really can’t count on more than that.

By now our battery week coverage has made clear that lithium ion batteries aren’t radically evolving or getting replaced anytime soon. So if you know you’re going to have a long day away from a power outlet, it’s time to put a battery pack in your bag.

Smartphones support a variety of charging speeds, standards, and ports depending on manufacturer and how recently they were released. If you’ve got an iPhone, it’s the Lightning jack. Newer Android phones should have a USB Type C port.

Some power banks like the Jackery Bolt have integrated charging cables for convenience, but I don’t like ‘em. If the integrated cord frays or breaks in some other way, it’s dead weight and useless. Plus, a lot of them still include a MicroUSB cable instead of USB-C, which might be handy for accessories like wireless headphones, but won’t do any good for your 2018 phone. So for the purpose of this roundup, I focused on good old battery packs with ports that’ll accept whatever cable you’ve already got. Finally, batteries are definitely one product category where you need to trust the brand you’re buying from. I’d avoid the bottom-dollar Amazon brands for this one; thankfully our picks are all relatively affordable.

The Anker PowerCore Slim 5000 has been around for a few years now, so it lacks newer, quicker-charging technologies like QuickCharge 3.0 or USB Power Delivery. It’s not what I’d call slow, but a 5V 2A output means the Slim 5000 is far from the fastest battery pack around. My iPhone X fills up at a decent clip, but Android users might be used to faster charging rates.

Our review of Anker PowerCore Slim 5000 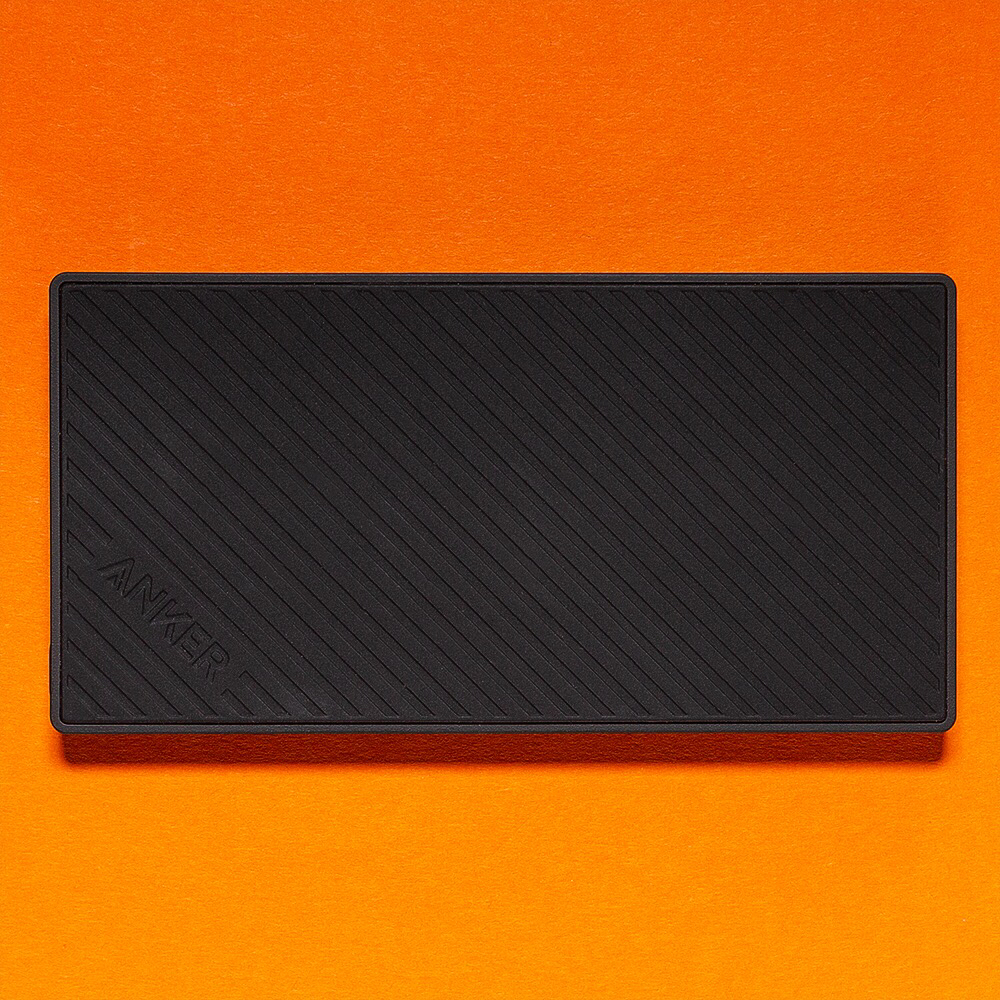 Still, it’s hard to beat the 5000 when it comes to weight, convenience, and carrying comfort. It’s as thin or thinner than many smartphones, so it’s very pocketable — including in women’s jeans. The soft-touch design and rounded back edges give it a nice grip when placed right against the back of your phone and held in a single hand. If the cable you’re using is short enough, it’ll be difficult for anyone to even really tell that you’re using a battery pack. Faster options add thickness, size, and weight. The choice here is either being that person with a large hunk of plastic tethered to their phone or going this painless route, where the tradeoff is waiting a bit longer for the battery to recharge your device. For the purpose of an everyday carry, I’ll pick option two every time. You’ll barely feel the 5000 in your pocket or bag.

With efficiency factored in, 5,000mAh is enough juice to get at least one full recharge from all of today’s flagship phones. You won’t be left with much afterwards, but there are plenty of higher capacity packs for people who need multiple top-offs on the go.

There are a ton of affordable 10,000mAh battery packs out there, which offer multiple recharges in a size that’s still manageable. My favorite is Xiaomi’s Mi Bank Pro. With a nice aluminum exterior, it feels more premium than your typical, matte black plastic brick from Anker, Mophie, or other brands. It’s also a tank; I’ve dropped mine more than a handful of times and all it shows are very slight scuffs without any major dents or damage. 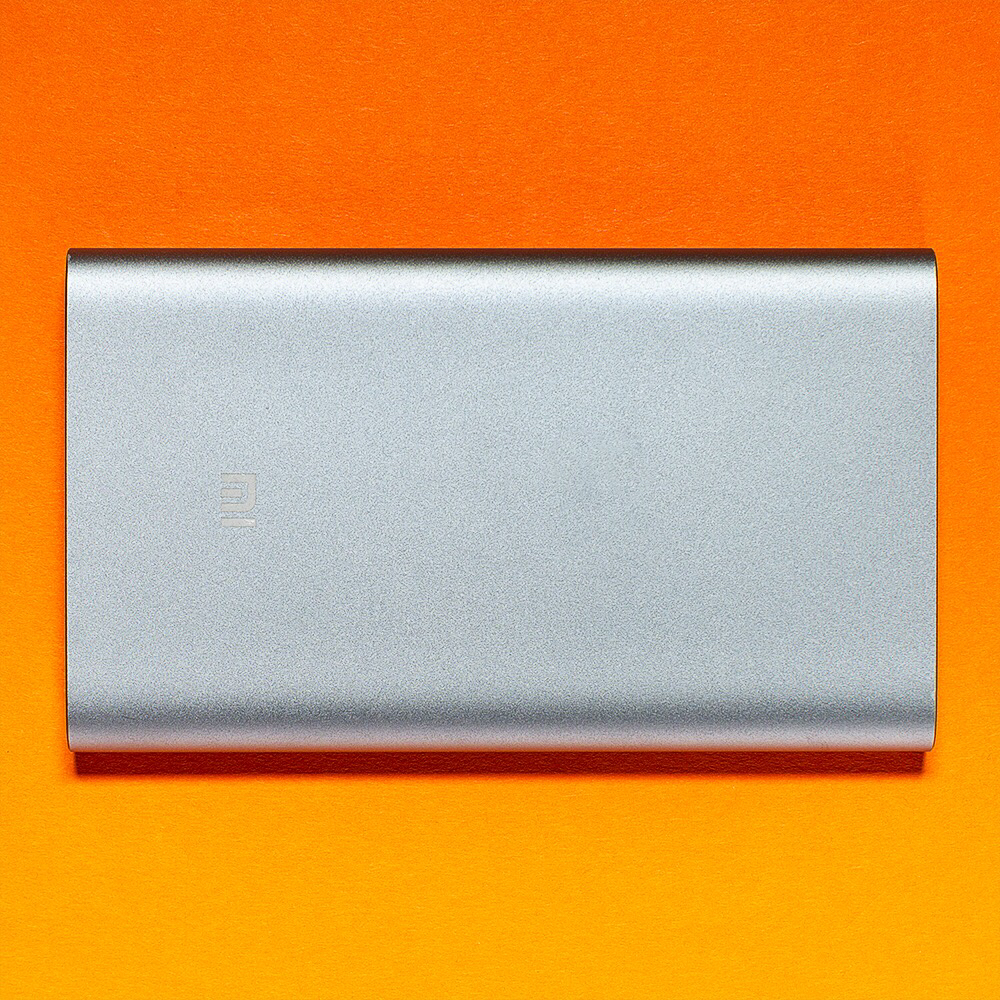 The Mi Bank Pro is compatible with Quick Charge 2.0, and Xiaomi says it’s capable of 18W output. But the USB-C port is for input only; the Xiaomi’s USB-A port is what you’ll use to charge your stuff. The upside to the USB-C port is that this battery pack can refill faster than several other options in this size and price range — around three and a half hours. If there’s one downer, it’s that the Mi Bank Pro unfortunately won’t rapid-charge Google’s Pixel smartphones.

A bigger option for charging all your gadgets: RAVpower 20100

RAVpower’s Turbo Series 20100mAh battery pack stores a ton of power in a size that won’t take up too much room in your carry-on bag. It supports Quick Charge 3.0, which allows it to refill many Android phones about as fast as they can handle. And it provides enough juice to Pixel phones to show as “charging rapidly.” 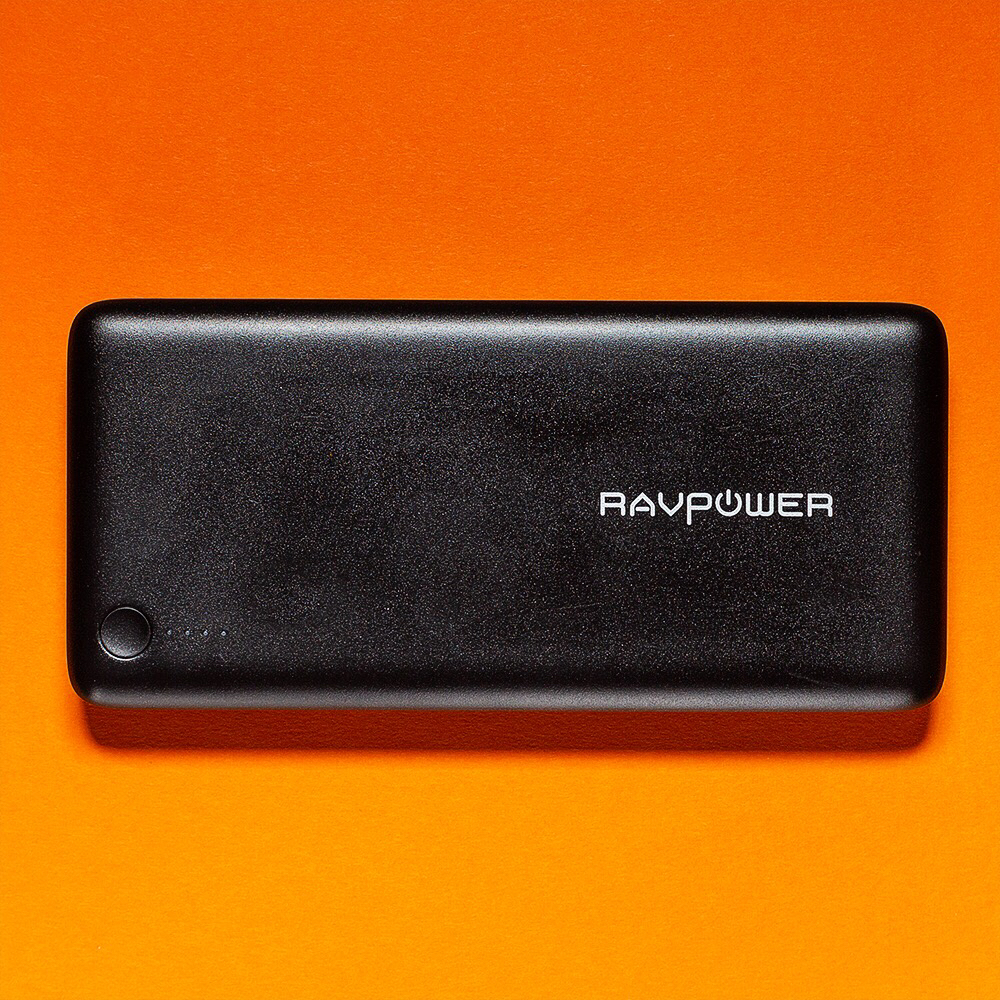 It’s even fast enough to recharge a Nintendo Switch’s battery as you’re playing. iOS devices also fill up at a nice pace. It’s a nice sweet spot, but there are limitations: don’t expect anything more than a slow trickle charge if you’re trying to use the RAVpower with a 13-inch MacBook or any other small laptop that accept USB-C input.

The RAVpower 20100 charges by either Micro USB or USB-C, but the company just recently moved to a revised model (now with 22,000mAh) that ditches the Micro port. We’ll be looking at that version soon and updating this roundup if necessary; Anker also has several good options in this capacity range including the PowerCore 20100 and PowerCore Speed 20000 if you want USB Power Delivery that’s fast enough to refill laptops.

The field of power banks is enormous, and some offer unique features like wireless charging or gimmicky extras such as flashlights. Anker has a clever charging plug that also doubles as a 5,000mAh battery pack when removed from an outlet, but it’s a little thick to be carrying around in a pocket. USB-C PD power banks remain pricey at the moment, but hopefully that’ll change as more batteries that support it are released.

Our review of Anker PowerCore Speed 10000 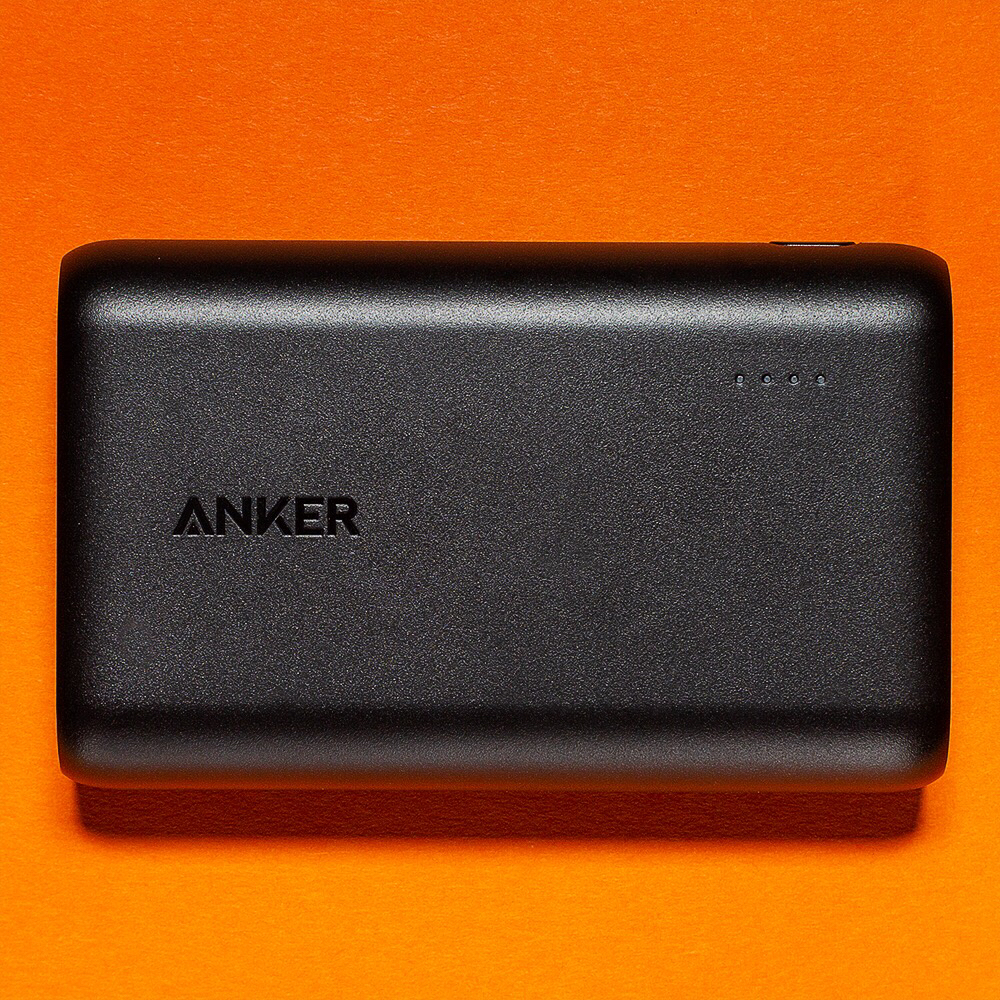 Our review of Mophie Powerstation Plus USB-C PD 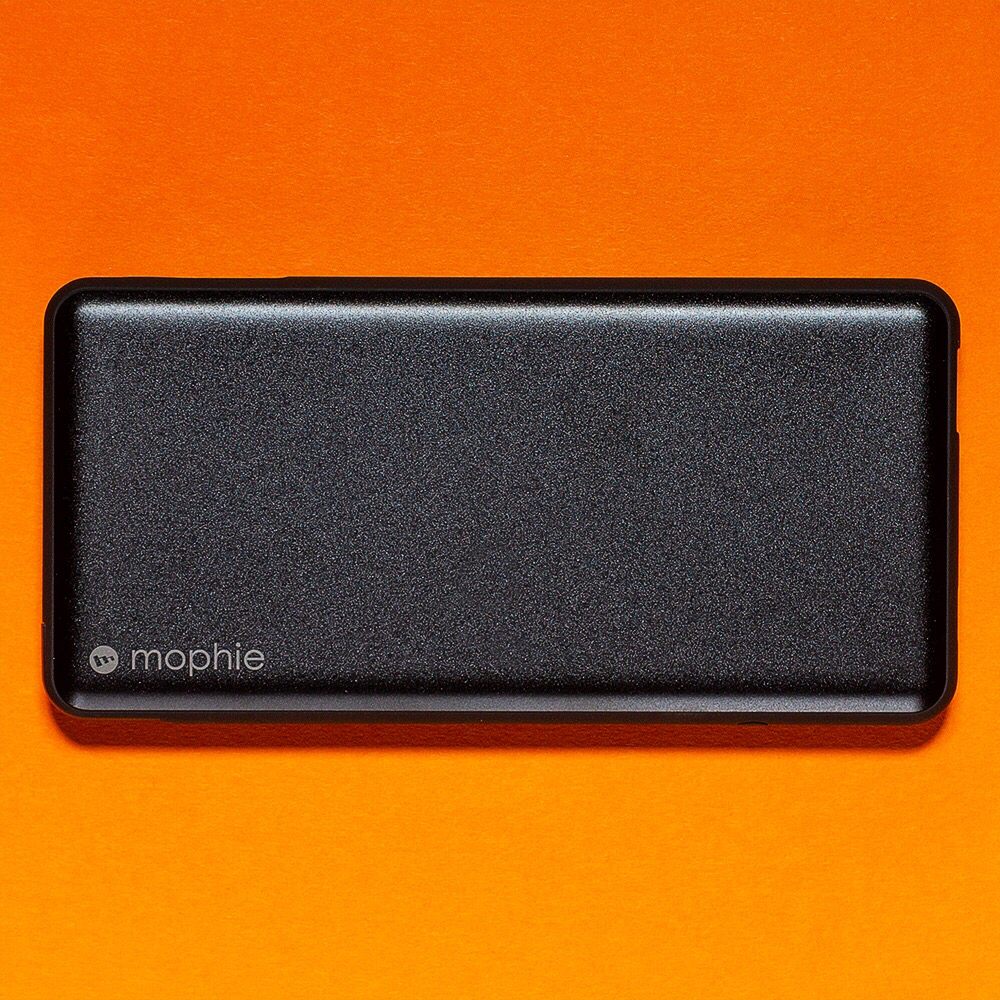