The best note-taking apps for class, work, and life

Share All sharing options for: The best note-taking apps for class, work, and life

I have spent the past few weeks — but really, it’s been the past few years — hunting for the perfect note-taking app. I’m here to tell you that it doesn’t exist, if only because everybody’s definition of “perfect” is different when it comes to something as personal as a repository of all your notes.

After my most recent round of testing, I have landed on what I believe is the best note-taking app for most people, even though it might not be the best note-taking app for you. There might be one special feature you really care about, for example, or you might be willing to spend a little money every month to get a better experience. I won’t be able to cover every one of those cases, but I’ll make some extra recommendations.

Strange as it seems, it’s useful to actually say what I mean by a “note-taking app.” I mean more than simply a text editor. There are people who swear by just using Notepad or TextEdit and then manually organizing the text files they save. Instead, what I mean is an app where you can quickly create a note and it will automatically be saved and synced to your other devices.

Those are my priorities, and I think that they should form the basis for any app that wants to be the universal default note-taking app. There are surprisingly few apps that meet all these requirements. And even the ones that do have annoying aspects to them, which means that I don’t have a standout, unequivocal recommendation. I have to equivocate. Nothing is perfect.

All that said, the best note-taking app for most people is Microsoft OneNote.

The best for most people: Microsoft OneNote

Microsoft OneNote is the best notes app for most people because it hits all of the most important requirements: it’s reliable, fairly fast, and works across Windows, Mac, iPad, iPhone, Android, and the web. It offers lots of different kinds of text formatting options and drawing tools, plus a “web clipper” for quickly adding notes from websites you’re browsing.

It doesn’t cost anything for most people. The only cost is cloud storage that kicks in once you’ve stored more than 5GB — that would be a gigantic amount of text notes, though you might hit it faster if you attach a lot of large images. Even then, Microsoft’s OneDrive starts at as little as $1.99 a month for 100GB — storage you can also use for lots of other purposes, like files or photos.

The mix of features, price, and availability OneNote offers is very nearly unique, though there are other apps that come close. What puts OneNote over the top is the quality of its apps across different platforms and the fact that it doesn’t limit you to only syncing your notes to two devices on its free tier. It has very impressive document scanning, allowing you to extract the text from even very long documents.

OneNote is also secure — or at least as secure as any data that Microsoft keeps, which is pretty darn secure. You can put it behind a two-factor login and the data is encrypted using the same tools (and following the same rules) as other Microsoft Azure services.

Our review of Microsoft OneNote 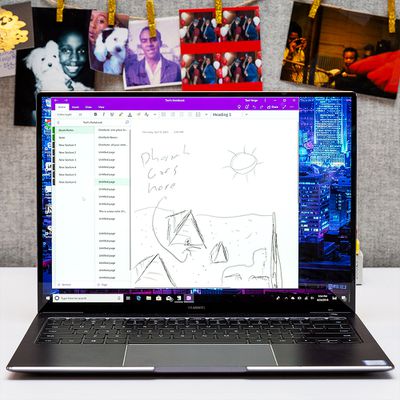 But I have to admit that I don’t love OneNote. I find its interface a little overwrought: your notes are kept in “pages,” which are nested into “sections,” which are then nested into multiple “notebooks” (and you can even have subpages nested within your pages). The extra layers of organization are the most infuriating things about OneNote. The second most infuriating thing is that it treats each page like a “canvas” where text is just one of many possible elements — which is great in theory, but in practice sometimes makes for a weird interface where you end up typing in an extraneous text box.

If you’re not annoyed to death by those interface issues, you’ll find OneNote to be fast, reliable, and powerful.

If you are too annoyed, you should consider Evernote. It is a very comparable alternative to OneNote, but unfortunately puts a two-device limit on its free plan, which is too restrictive.

If you only use Apple devices: Apple Notes

If all the phones and computers and tablets you own are iPads, the best note-taking app is the one that Apple has built in: Apple Notes. Unlike some of Apple’s other default apps like Mail or Contacts, Apple Notes is full featured, updated often, and a real pleasure to use. There’s also a web version if you need it from time to time. Apple Notes is also secure, protected by the same system Apple uses to protect all synced user data.

It is not as good as it should be at making your data portable — i.e. exporting it if you want to use it in another app. And if you are an Android or Windows user (or even might be someday), keeping all your information in Notes could mean a huge hassle later. Apple has joined a tech consortium promising to make it easier to import and export data, but hasn’t released the tools yet.

Our review of Apple Notes (iOS) 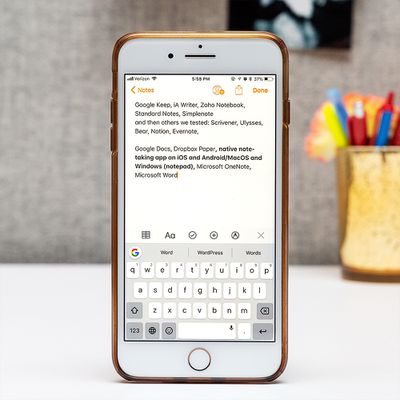 Plus, Apple Notes is the app of choice for screenshot-style apologies from celebrities on Instagram and Twitter. Every time you use it, you can pretend you’re a fallen star!

Some other options (and why you might want to use them)

As I mentioned at the outset, there are a ton of note-taking apps available and some might work better for your specific needs than our primary picks. A prior version of this guide selected Google Keep as the best option, but Keep just lacks too many features that people really need — while you can search all your notes, you can’t search for text within a single note, ironically.

I mentioned Evernote above, which is a good alternative to OneNote. It costs $7.99 per month (or $70 per year) to unlock the full feature set. I generally prefer Evernote’s interface, which is simpler and more intuitive. Evernote has some atrocious features like one that puts related articles under your notes. It has also had a rocky few years in terms of overall app quality, so you’re taking a small leap of faith that the company will improve things in the near future.

Other fully cross-platform apps exist and some of them are pretty good. I personally like Simplenote a lot, but it’s strictly text-only and could stand to have some upgrades to its security model. Zoho Notebook works a little like Google Keep, but its desktop apps are not great. Notion is a great project management app, but a pretty bad app for just taking notes. Standard Notes is good if you want total control and total security, but it’s difficult to configure and its apps are only okay.

Two honorable mentions for people who want to write in Markdown (and you know who you are if you do): Bear and iA Writer are excellent. Bear is unfortunately only available on Apple devices and iA Writer doesn’t yet have a web client.

If none of these apps sound just right for you, I suggest Weep. No, there is not an app called Weep. It’s just what I do, every day, when I think about how the perfect note-taking app doesn’t exist. Join me for a good cry.

Are your notes secure?

You have probably heard by now that it’s a good idea to make sure your messaging app is secure, ideally end-to-end encrypted. But what about your notes?

We asked companies that make the apps in this article to answer some questions about the security models for their apps. Is data encrypted in transit? Could the company produce a user’s notes if a government legally demanded it? Did they all offer two-factor protection for logins?

These seem like simple questions, but answers sometimes weren’t. The smaller companies generally responded quickly with simple answers — but the answers got longer, more legalistic, and more carefully honed as the size of the company we were emailing grew. Basically, Apple, Google, and Microsoft have all been around the block with data security questions, so their lawyers have a lot more to say about it.

The good news is that, for the most part, all the notes apps we tested had good security. All of them support encryption in transit and a way to use two-factor authentication to protect your data. After that, there are two main categories and a couple of outliers.

First, the companies that handle their own data like OneNote, Apple, Google, Evernote, Notion, and Zoho. All six keep your data encrypted on their servers so it’s not easy for employees to look at it and likely protected in the event of a data breach. However, should a government make a legal request, for the most part all of these companies could unlock your notes and provide that information. (There are some exceptions for enterprise users.)

The second category are notes apps like Bear, iA Writer, and Ulysses: these apps use the infrastructure they get from other cloud companies, like Dropbox or Apple. This means that the app makers themselves never see your data, but instead it is protected by the same systems that protect those cloud providers.

Lastly, the outliers. Standard Notes sets itself apart by explicitly offering encryption where you and only you have the keys. The app is harder to set up than others, but it was specifically designed with security from the start. It means that if you lose your password, your notes are gone. On the other side is Simplenote, which doesn’t currently keep your notes “encrypted at rest” on it servers.

Our review of Google Keep 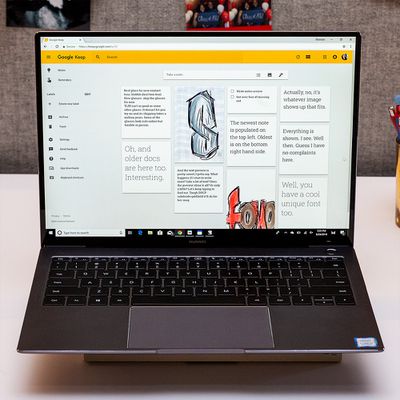 Our review of Evernote 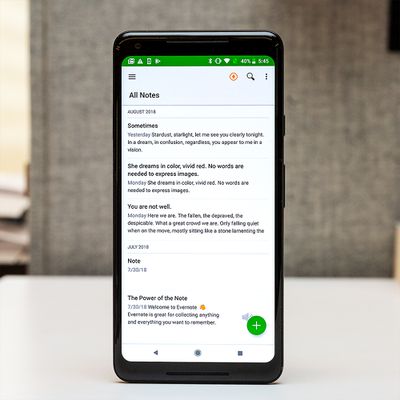 Our review of Automattic Simplenote 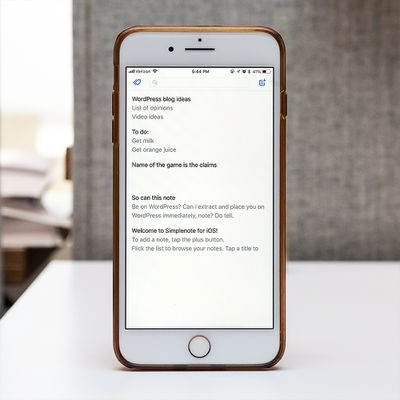 Our review of Zoho Notebook 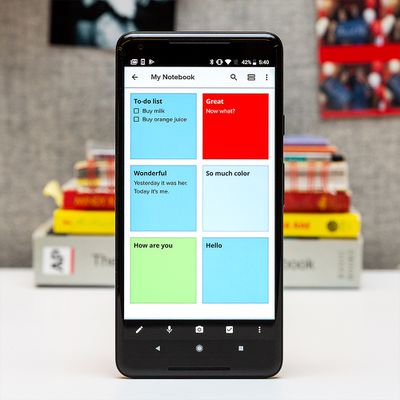 Our review of Shiny Frog Bear 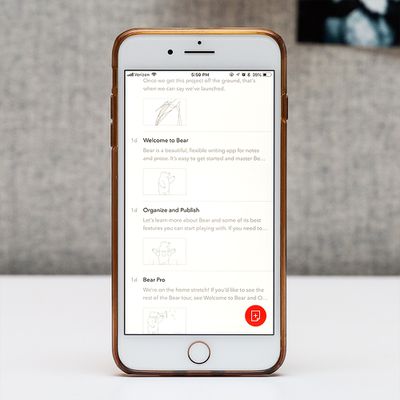 Our review of iA Writer 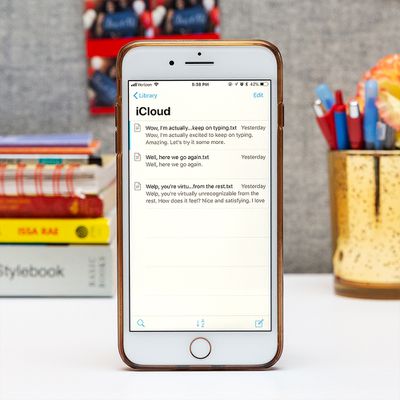 Our review of Notion Labs Notion 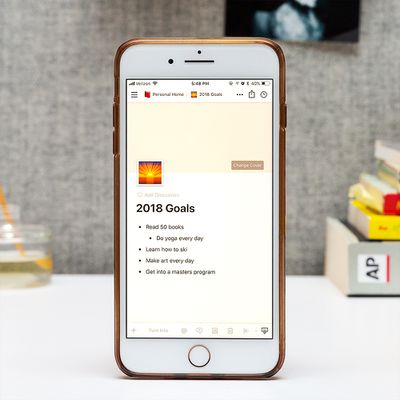 Our review of Standard Notes 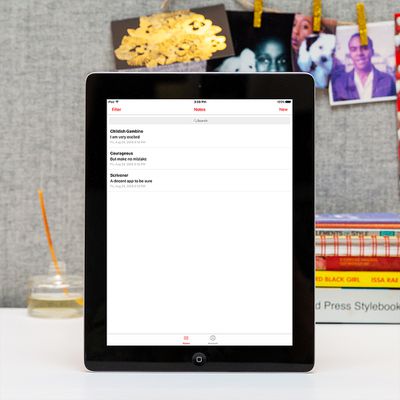