If you don't update iOS, alien emoji will invade your Twitter

Remember John Carpenter's They Live, a movie where aliens hid among the population as humans and could only be seen through special sunglasses? Think of pre-updated iOS as your pair of sunglasses: 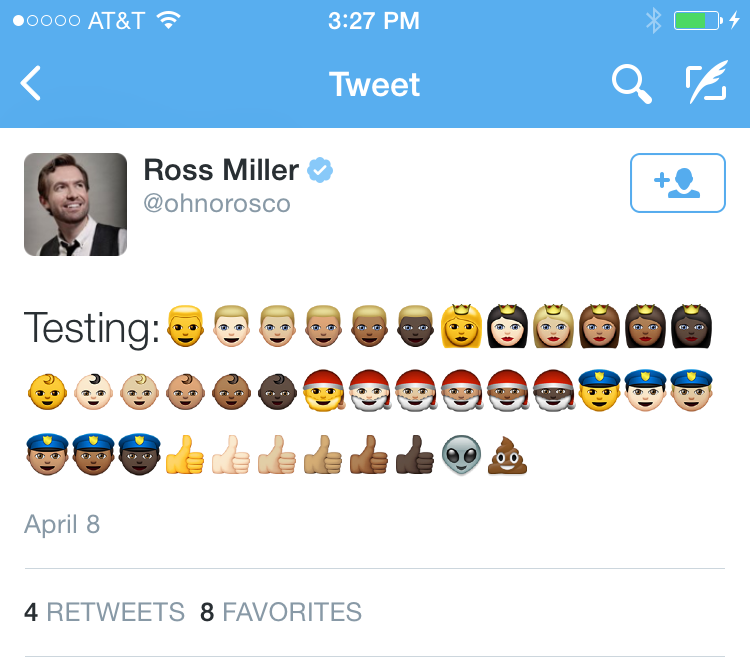 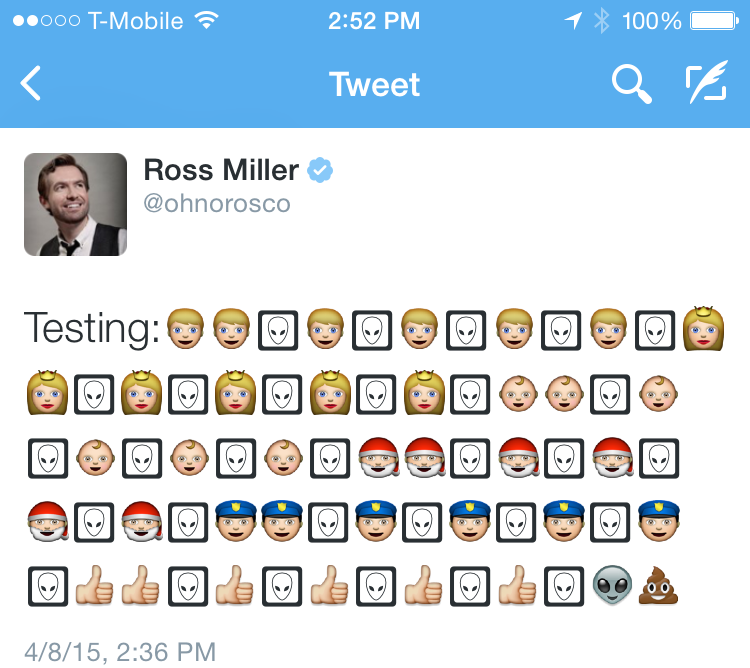 Or to put it another way, the new diverse emojis don't work on a diverse array of devices yet. The new multicultural emojis, which are a subset of one another, have yet to be adopted by all platforms. Take Android, for instance, which treats all the different variations as the same (albeit interpreted differently based on the emoji art in each device):

Twitter's website doesn't fare much better, but that's more because Twitter uses its own emoji art, which hasn't been updated yet (picture from new OS X 10.10.3 via Chris Welch):

Reality can be very relative, and that's especially true across various communication platforms / apps / devices. All of which will eventually update to support the new emoji, which is to say just enjoy this silly incongruity.

So tell us what you see in the tweet below. Special thanks to Khaled Holmes for the idea.

The truth is out there.