The Red Planet has a blue streak. NASA's Curiosity rover has been traveling along the Mars surface by its lonesome for nearly 1,000 days now (which has done terrible things to its complexion). Last month, while it was taking a break inside the Gale Crater, the rover looked up at the sky between dust storms and watched as the sun set on the horizon amidst a tinge of blue. Thankfully, Curiosity is an astute tourist and took the time to capture the sunset in a series of photos released this week.

The hue can be directly attributed to the aforementioned dust storms. "When the blue light scatters off the dust, it stays closer to the direction of the sun than light of other colors does," said Curiosity member Mark Lemmon in a statement. "The rest of the sky is yellow to orange, as yellow and red light scatter all over the sky instead of being absorbed or staying close to the sun."

Sol 956 sunset set of imagery, in colors. 3 years I was waiting for this ! This is gorgeous ! http://t.co/mIRCbi46L9 pic.twitter.com/h5HDaTxhgj

Curiosity actually transmits the Mastcam photos pictures to Earth in black and white with a Bayer matrix — a checkered pattern that indicates actual color value so that you can rebuild the photos in their proper hue (you can read more about the process in this Planetary.org story). 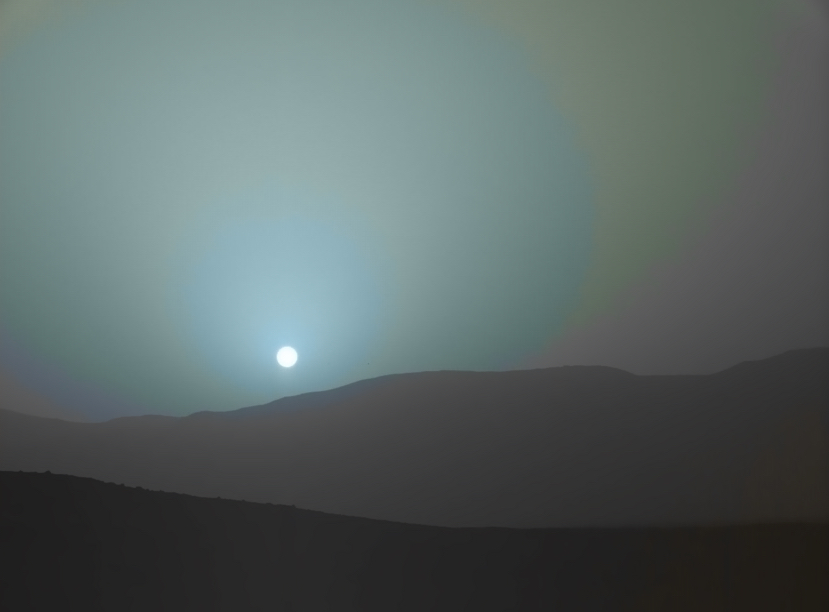 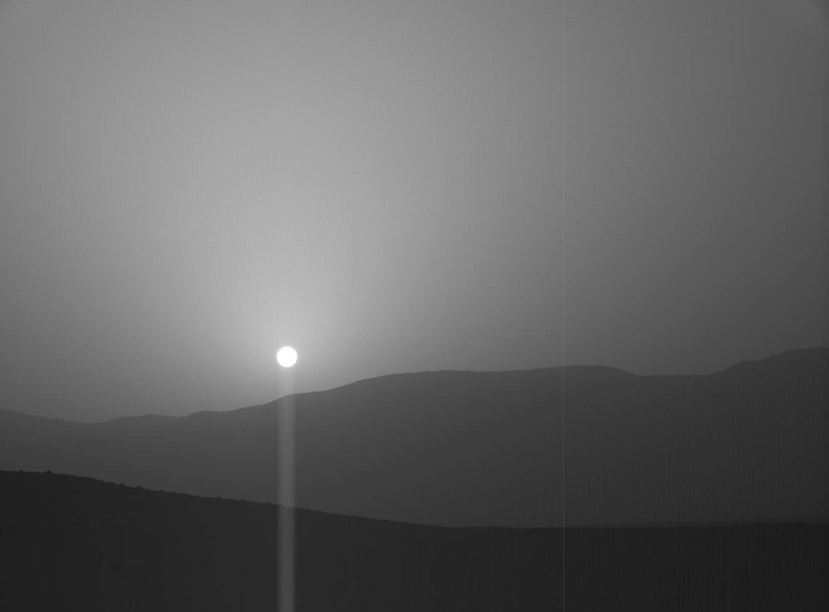 And before you ask, yes, NASA made a timeline in GIF form: