Siri is making sure you treat Caitlyn Jenner with respect

Siri is making sure you treat Caitlyn Jenner with respect

It's not foolproof, but it's a nice touch

Talking to Siri can sometimes feel like dealing with an old, snarky friend: it's blunt, it's witty, and it's not afraid to give a soft question a sharp answer. It's a programmed quality that lends itself well to jokes on Twitter and downtime experimentation, but it can lead to genuine good, too.

Here's one example that's been floating around the internet in recent days: Siri will automatically take questions about Caitlyn Jenner that use her old name and update them appropriately. It's not foolproof — using that old name, I asked how old Jenner was, and it returned an answer from a Wikipedia page attached to that name — but many common questions are being corrected as part of the process. 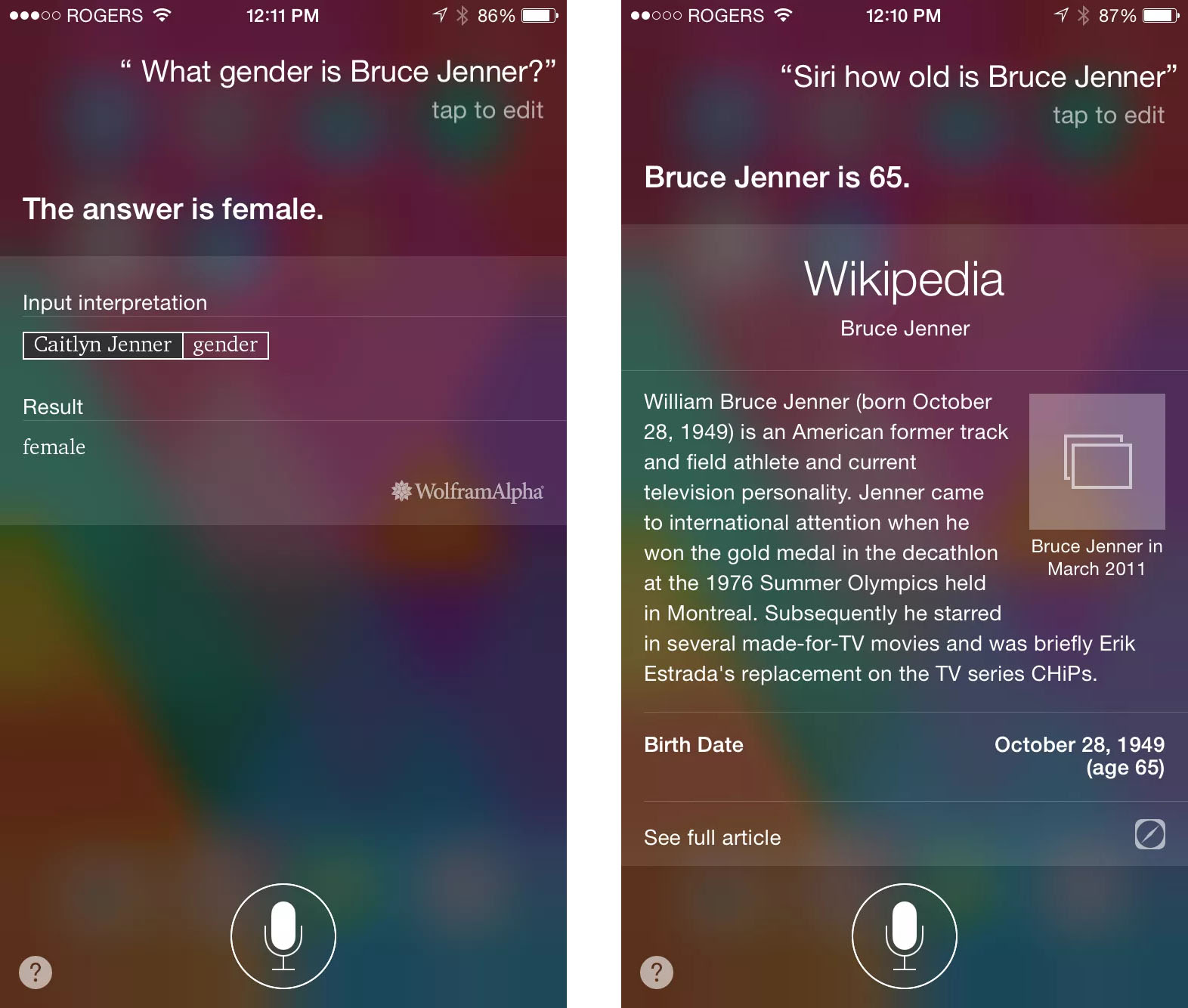 It's especially welcome given that some versions of Siri haven't been LGBT-friendly. Back in April, users noticed that the Russian language version of Siri was responding to questions about topics like gay marriages and gay bars with homophobic answers like, "I believe this emotion should be considered negative." I'm not sure how Siri's responses regarding Jenner would change with language, but I'm inclined to believe that they'd depend on the source of the information rather than the input language itself. The answers to my own questions about Jenner were sourced from WolframAlpha and English Wikipedia rather than any special programming on Apple's part.

Jenner is going to receive the Arthur Ashe Courage Award at the ESPYs tonight, and her new documentary series I Am Cait premieres July 26th on E!

Vox Video: The voice of Siri explains the art of voiceover